Roman Reunion: the final stop on our trip

I can’t believe I’m typing this. Not only is this the very last post from our 16 month world travel extravaganza, but it has taken me an embarrassingly long time to get it done! I blame my reentry into the so-called real world.

So. For our last hurrah before returning to London and ultimately, Australia, Andy and I met up with my former housemate and current bestie Bec (previously featured here, here, here, here, here and about a million other times) and her boyfriend and all-around legend Scott. I booked an Airbnb in the old Jewish ghetto, which is perfectly situated between the Vatican and the Colosseum. We could see ruins outside our window. The only flaw was that the place didn’t have wifi. After a sweaty walk from the Colosseum metro station to our accommodation, Bec and I slow-mo ran into each others arms and embraced for the first time in 16 months. It was glorious. That night we sat in our apartment and stuffed ourselves with cold meats and prosecco, catching up on months gone by.

The next morning we emerged, a little dusty, and set out to explore Rome. Bec and I had both been to Rome before this trip, and seeing as Andy and Scott are extremely laid back we didn’t have to rush around ticking off sights. We skipped a few of the major tourist zones we’d done before, such as the inside of the Vatican.

St Peters Basilica peeking out at the back 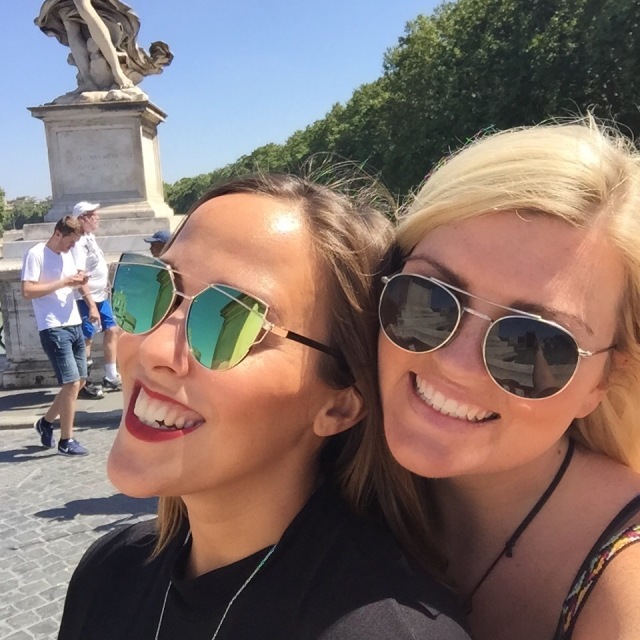 After  some walking we were all feeling it a bit and decided to stop for lunch in Piazza Navona, a pretty dumb error considering the prices and hoards of tourists but we were all in the ‘I’m tired and need to eat now or I might die’ zone. Not dramatic at all. 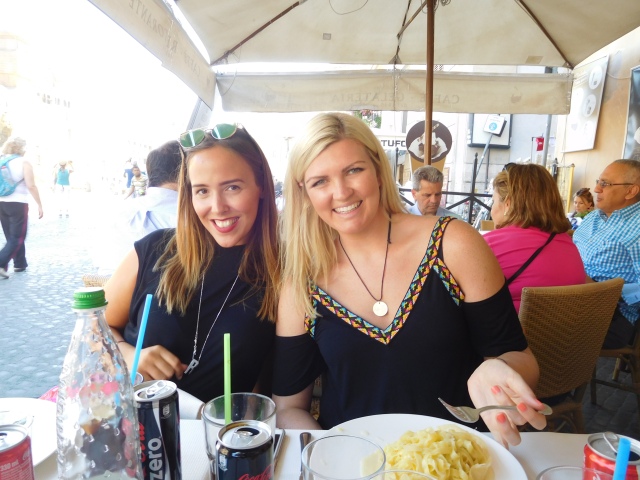 A can of Coke Zero was 6 euros!

My lasagne was pretty good though.

I am no longer this tanned.

We walked on to the Pantheon.

A Roman temple from around 126AD. The name ‘Pantheon’ comes from a Greek adjective meaning “honour all gods” as the temple was originally built for all religions. It’s one of the most well preserved ancient Roman monuments and all the light inside comes from a hole (known as the ocular) in the roof. Because of the dome shape rain rarely gets in but if it does the floor is slanted so it just drains out. Clever! 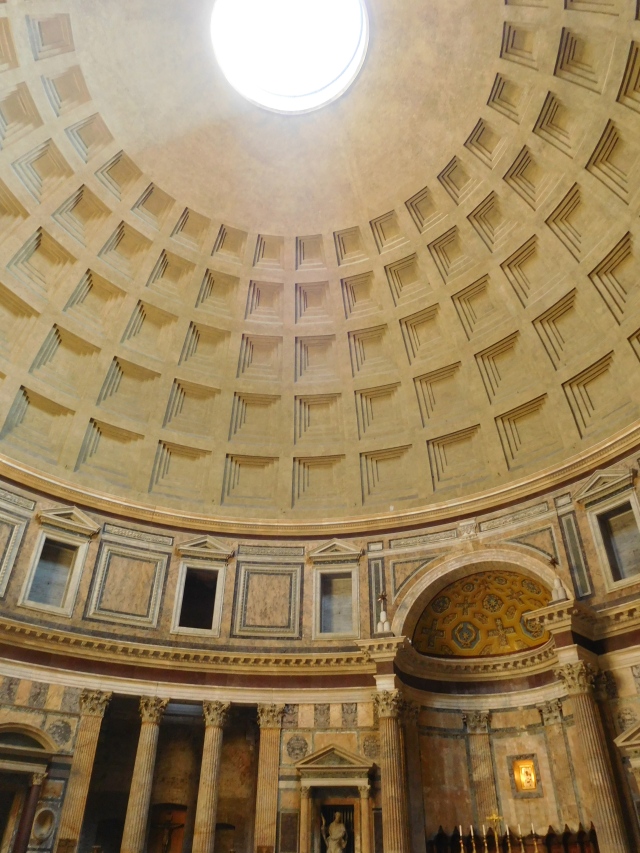 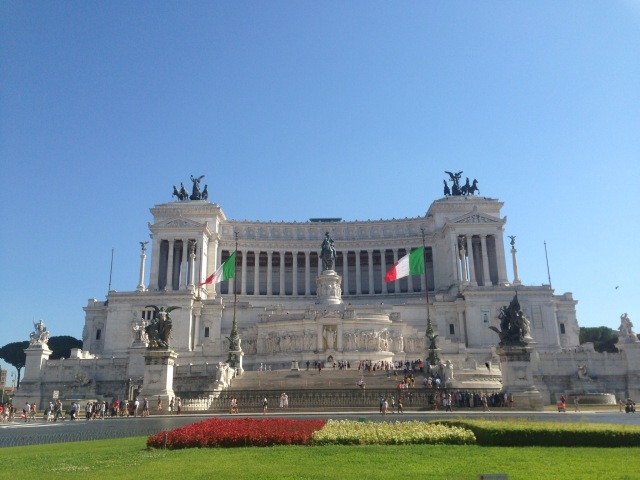 More prosecco at home that evening.

We made it out for dinner though.

We began the next day with caffe lattes.

Then Bec and I did some shopping.

Spotted this thing along the way

We woke early to see the Trevi Fountain without 50 million others. 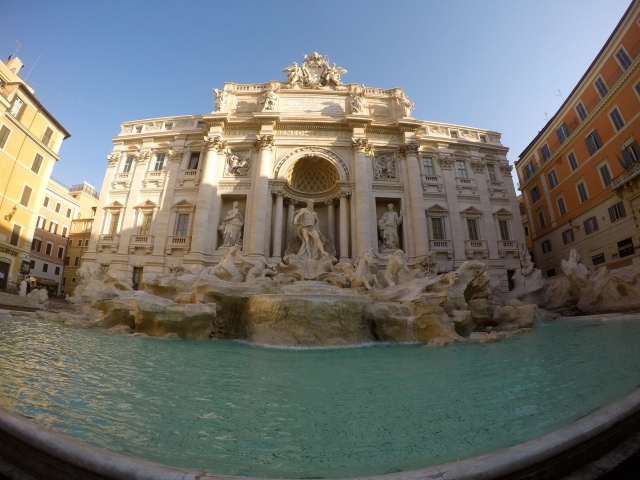 Then walked past the forum on our way to the Colosseum.

The Colosseum was the only ‘must do’ item on Scott’s list, as Gladiator is one of his favourite movies. While we were inside he recited the famous speech by Russel Crowe’s character flawlessly as Bec filmed it. It was amazing! Such a perfect moment. 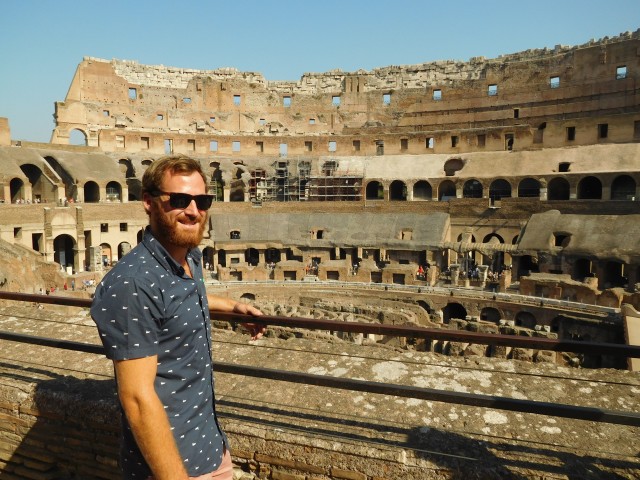 I used our digital camera (above) and my GoPro (below), hence the slight difference in colour. The GoPro colours are so dull, I always have to edit the photos. It drives me nuts!

You sure can get a lot into the frame though 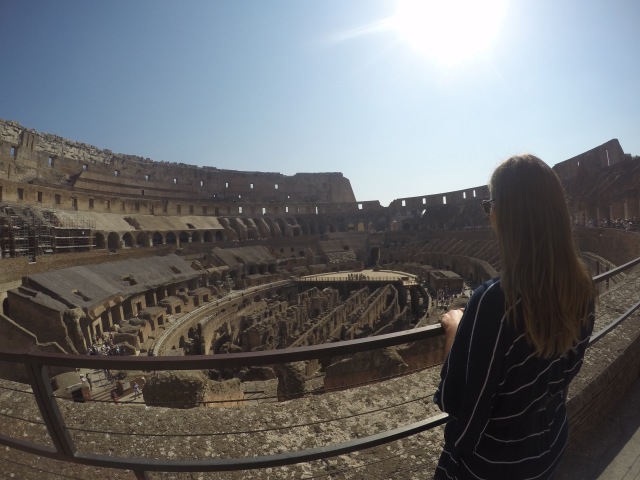 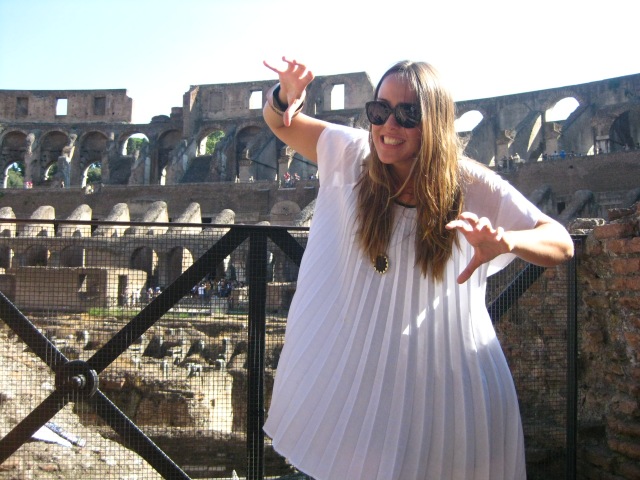 Back then I was far better at posing like a lion: 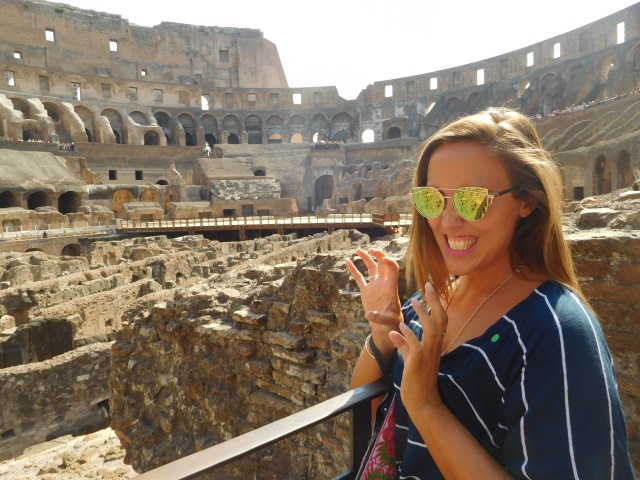 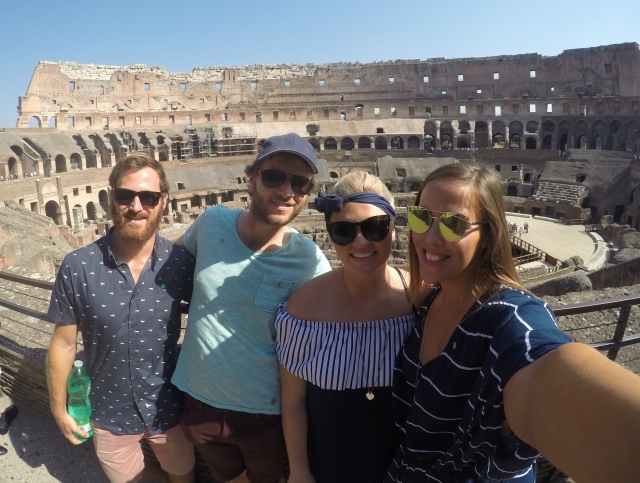 On we toiled to the Forum. 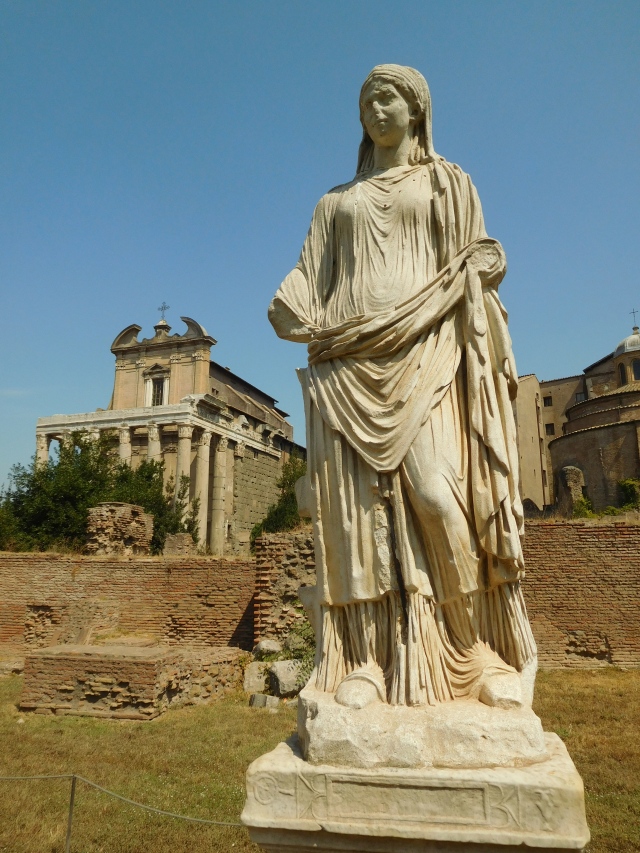 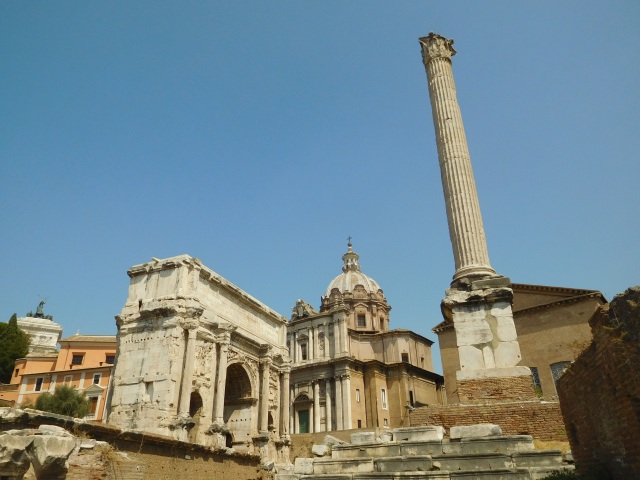 Stopped for gelati on the way home

On our final day we walked all the way to the Spanish Steps, only to find them covered up for restoration. Classic. Shortly after that the skies turned dark and a major storm rolled in. I’m talking apocalyptic skies, bullet sized rain drops and shin deep water. It was at this moment that I remembered we’d left our bedroom window and the balcony door open. Yay. Andy, ever the hero, ran back to close them. We laid low for a few hours and eventually the rain stopped and we took a walk out to see a few sights for the last time. 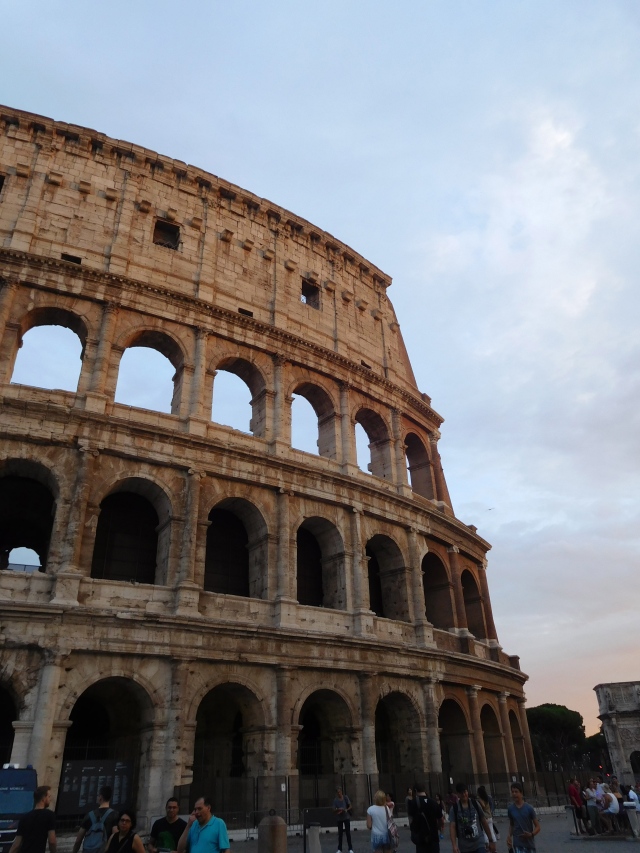 The statues atop the Altare della Patria

On our last morning we shared a leisurely taxi ride to the airport only to arrive and learn that Bec and Scott’s plane was actually leaving from the other airport in Rome. Cue panic. We had a frantic farewell and the taxi driver did his best rally car driver impersonation and got them there in time. Phew.

It was an amazing last few days shared with people I know and love and I honestly couldn’t think of a better way to cap off such an epic trip.

We had a lovely few final days catching up with family in and around London. We saw some theatre, went to the Tate and ate good food. What more can you ask for?

This entry was posted in Travel and tagged Europe, Italy, Rome, Travel. Bookmark the permalink.

5 Responses to Roman Reunion: the final stop on our trip