Come Fly With Me – our farewell party

I’m back after a 10 day hiatus! Apologies, it turns out that packing your life into two 23kg suitcases, winding up your job and preparing to leave the town where you’ve lived for over 3 years is rather time consuming…

On Saturday night Andrew and I had our farewell party. It was ‘Come Fly With Me’ themed and we had everyone from Top Gun’s Maverick, to a Royal Flying Doctor, to excess baggage, some old fashioned aviators and an amusing amount of air traffic controllers (the backyard was littered with cheap ping pong paddles the next day…).

Andrew aka Maverick and I, in a 1940s Air Force costume 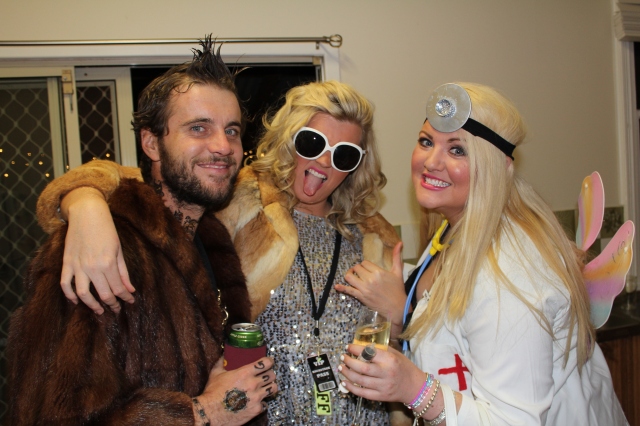 My very clever friend Emily who made the ‘Wanted’ sign for our Cowboys and Indians party photo booth whipped up a passport page this time. What a gem!

Mike and Jordan as flies

Lauren, who is pregnant remember, went as excess baggage. Adorable! 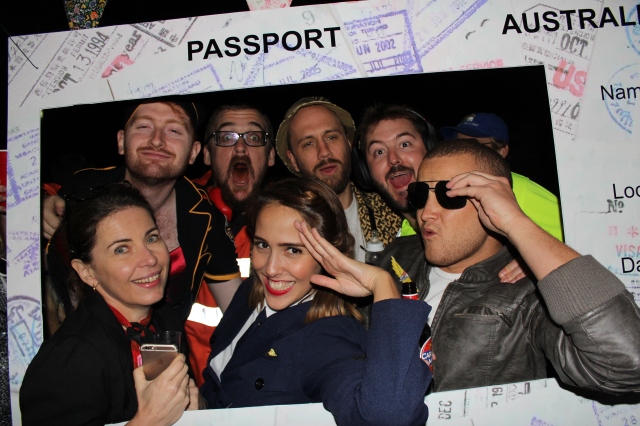 Jordan made a speech about me, it was fantastic. I didn’t have 21st speeches and this definitely made up for that. It was the perfect mix of hilarious and sweet. Then I said some words, then my housemate, colleague and sister-from-another-mister Bec said some words. Tears happened. And then one of Andrew’s mates made a speech. And we followed up with dancing. Lots and lots of dancing.

I also premiered my Goodbye Kalgoorlie video, which is a montage of photos and footage taken over the last three and a bit years set to Bruno Mars’ Uptown Funk. I’ll post it here soon.

Things wrapped up in the wee hours and I woke on Sunday feeling a mix of satisfaction, nostalgia and sadness. An excellent night.

This entry was posted in Misc and tagged Costume Party, Party. Bookmark the permalink.

10 Responses to Come Fly With Me – our farewell party