My housemate Bec and I hosted a housewarming party on the weekend. It was only our first costume party so far this year, so considering we held three last year (op shop, nautical nonsense and winter wonderland) we are seriously behind.

I showed my friend Em, conveniently a graphic designer and sign writer, some photos from Pinterest of a ‘wanted’ poster I was planning on making and the next thing I know she had whipped this up:

What a clever cookie! It was such a hit as well, I had two people request to use it for their parties.

I made a teepee from 5 wooden poles, a thrifted sheet, a bunch of cable ties and a rope. It was amazing and I had visions of hiding out in there all summer with a pile of books and pitcher of freshly squeezed lemonade. Unfortunately, someone severely lacking in whip skills struck it early on in the evening and it wasn’t the same. 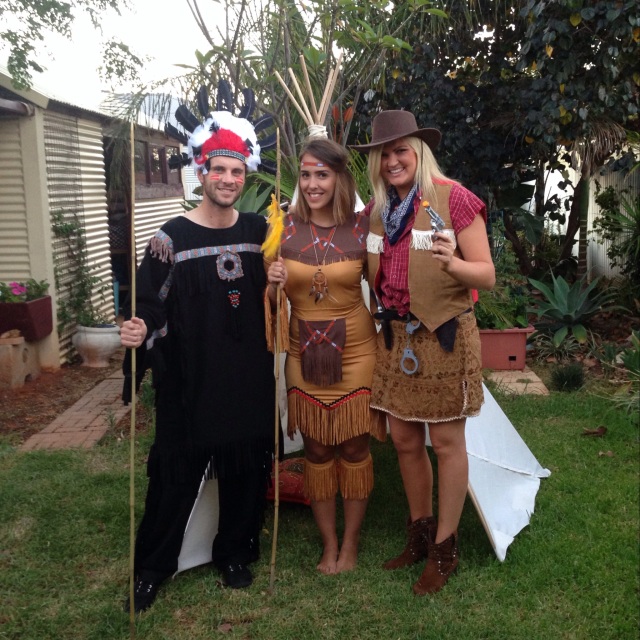 Before the teepee came to grief. I WILL RE-BUILD!

The other piece de resistance (if you’re allowed to have three) was the bales of straw stacked near the teepee. They looked mighty authentic if I do say so myself.

Everyone went all out with the costumes, which I really appreciate. 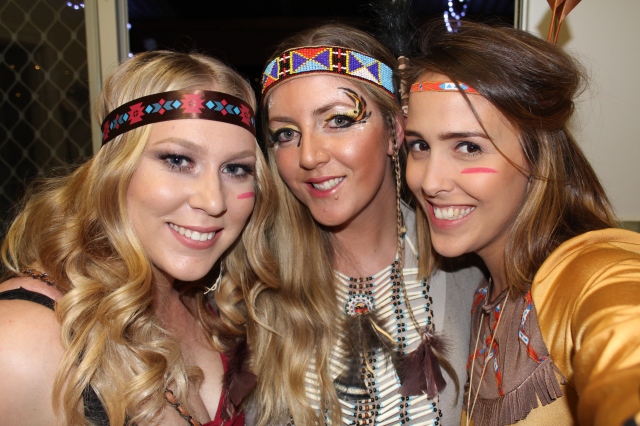 Em who made the Wanted sign, Lauren and I

But the winners were clearly the Dallas Cowboys: 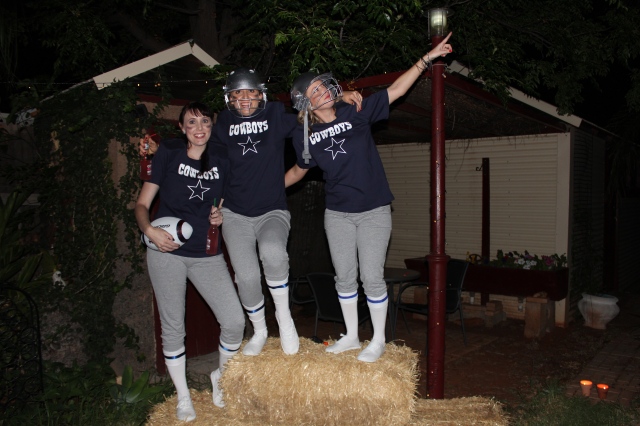 I love a costume that thinks outside the square. Bravo!

Such a great night.

This entry was posted in Misc and tagged Costume, Costume Party, Costumes, Cowboys and Indians, Party. Bookmark the permalink.