We are just flying right on through January aren’t we?! A few weeks ago (I’m in complete denial as it was actually before Christmas but shhhh!) I caught up with my close friend Bec for a relaxing weekend on the coast. Bec was in Warrnambool for university so I drove down early on a Saturday morning, listening to The Moth all the way.

We had brunch at the Pavillion Cafe & Bar, overlooking the sea.

It was such a beautiful morning.

We hadn’t caught up since our Roman Reunion so it was glorious so sit in the sunshine, sip coffees and catch up on gossip. I had the ginger wild rice porridge.

After breakfast we walked along the pier and watched a seal frolicking and floating around. He was joined by two huge stingrays that shimmied out from underneath the sand. I wish it had been warm enough for us to swim.

After perusing the local farmer’s market we jumped in the car, pumped the tunes and drove to Port Fairy with all the windows and the sunroof open.

We rolled into the main street of Port Fairy, still singing Blank Space by Taylor Swift at the top of our lungs and headed for our Airbnb. We stayed at Hanley House, a darling old cottage near the main street. 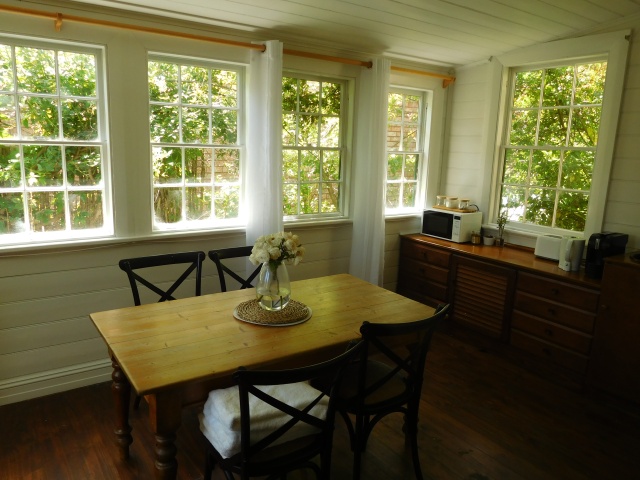 Being in Port Fairy was a surreal feeling for me. I’d been twice as a teenager with a friend for the annual folk festival. My cloudy memories focussed back to sharp details as we strolled around and I remembered the lay out; where the festival grounds are, where the hostel is, where the beach and caravan park are. Where the roundabout where all the cool kids used to hang out is.

We walked around Griffiths Island until we could no longer bear the wind. 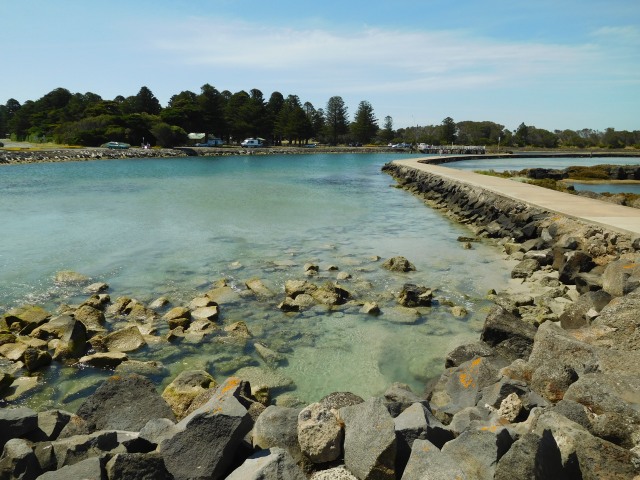 We drove to the beach where I had my first ever kiss at age 14, with Ben from Geelong: 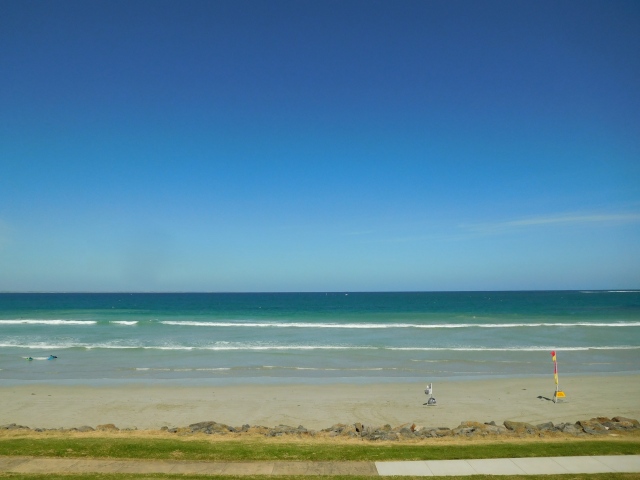 After the kiss I discovered Ben’s gum had ended up in my mouth…. gross. I thought we might have a long distance romance but when I called Ben’s house (the joys of landline phones only!) after the festival ended his sister kept telling me he wasn’t home. Haha! 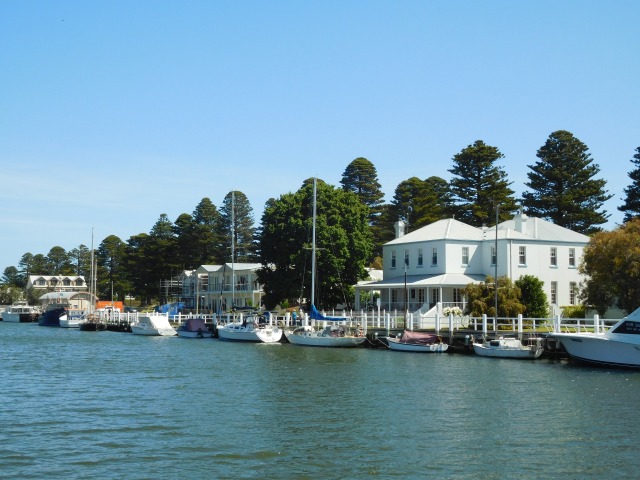 That evening we stayed in, devouring a ridiculous amount of cheese, and wine.

We caught the sunset dipping into the ocean and then went back and watched two chick flicks (including My Best Friend’s Wedding, one of my ALL TIME favourites because it doesn’t have a traditional happy ending).

The next morning we ate at an aptly named establishment before hitting the road. 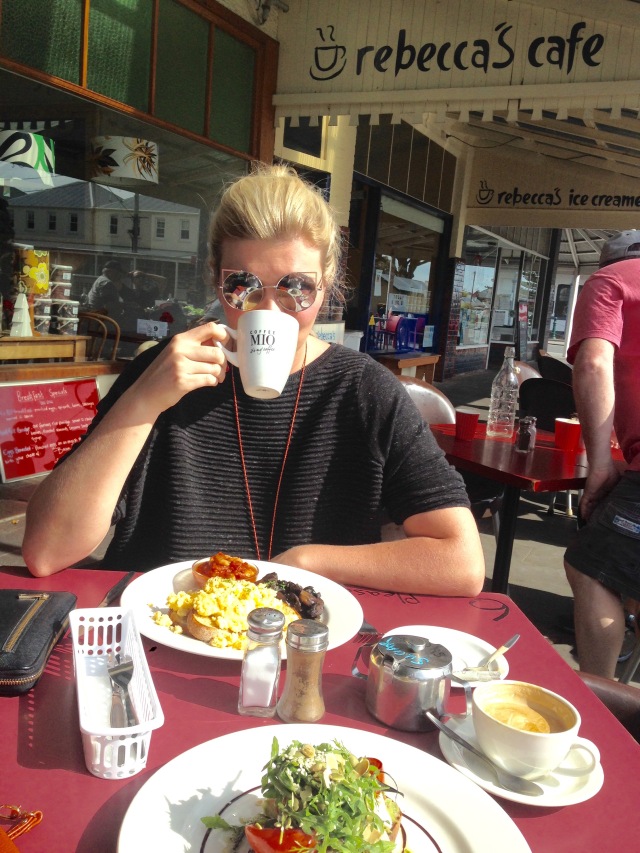 Such a lovely, relaxing weekend. Have you been to Port Fairy? It’s actually been voted the world’s most liveable town! I highly recommend a visit, for first kisses or girly getaways.

This entry was posted in Travel and tagged Beach, Port Fairy, Travel, Victoria. Bookmark the permalink.