9 things that surprised me about Ireland 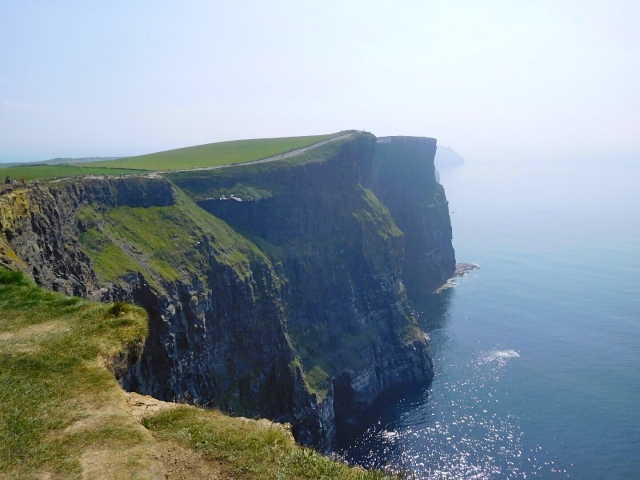 The Cliffs of Moher

Gaelic language is quite widespread

The Irish language is on all the road, tourist and information signs, on menus and the train and tram stops were announced in Gaelic and then in English. I suppose I had wrongly assumed Gaelic would be more dominant in one part of the country (like French speaking Canada) or just rarely spoken but I was heartened to see its presence all over the country. I hate to hear of languages dying out. While we were on Inishmore, part of the Aran Islands, we saw a few school groups on field trips and the teachers all spoke to the kids in Gaelic while they flitted in and out of English and Irish with enviable ease.

During our time in Ireland we experienced a seemingly unprecedented spell of sunny days in a row, maybe a week or so. For this sun seeking Aussie, good weather is often taken for granted so I found it utterly charming that everyone seemed in the best mood as a direct result from all the sunshine. Everyone in shops and many strangers on the street would be beaming and ask “Isn’t this grand weather that we’re having?”. The national mood was just so light and bright. Unfortunately I became accustomed to the good Irish weather and was personally affronted when it began to rain again but everyone in Ireland just seemed grateful it had been dry and sunny for so long. It was a reminder to appreciate sunny days.

Late evening sunshine on a walk around Emo Court

Even though we arrived in Spring I was not expecting it to be light until so late in the evening. It was quite an adjustment to go from 6-6:30pm sunsets in north east America to it not being full dark until 11pm. As a result I found myself going to bed really late and not getting to sleep until about 2 or 3am. 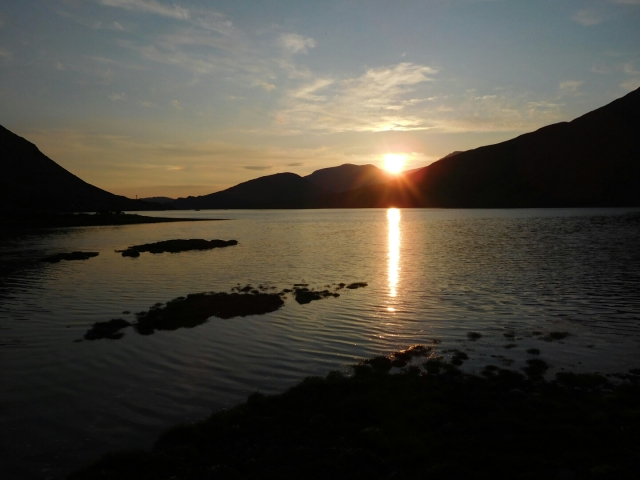 I sometimes had trouble understanding the accents

I really wasn’t expecting this in Ireland, Scotland yes, but not Ireland! I’ve known many Irish people around the world, especially living in Kalgoorlie, and never had trouble with the accent. But there were a few times when someone said something to me or to Andrew and I that resulted in a look of ‘did you get any of that?!’ on my face. This was especially bad if the person speaking also mumbled a bit, because I don’t have the best hearing. Awkward!

I’ve tried to look this up to prove I’m not just imagining things, but I can’t seem to find any solid evidence! Australians tend to shorten and abbreviate everything (“I need to go to the servo this arvo“) so I noticed that sometimes people in Ireland would add little things to the ends of their sentences like “that beer is brewed in Cork so it is” which didn’t seem to add anything to what they were saying except to make it longer?! I wondered if this had some connection to Gaelic being quite a long and wordy language? Other linguistic charms I noticed were saying “your man” instead of “the man” to refer to someone that had no connection to anyone “your man in the shop told me strawberries will be in next week”. I also like the use of “grand” instead of “good”, seems more regal! 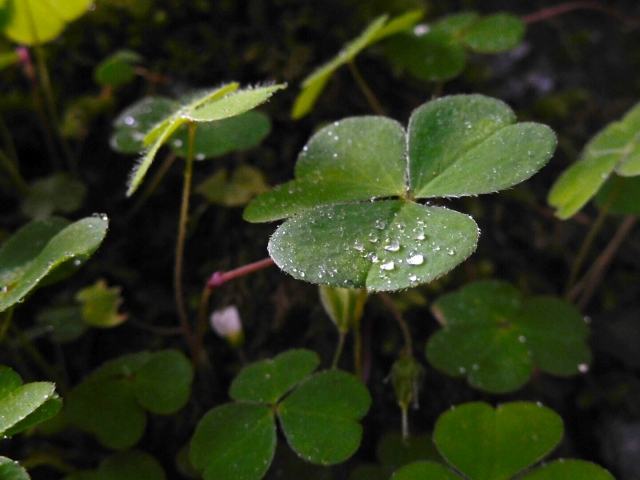 There are no power outlets in the bathrooms!

Apparently it’s illegal to have power outlets in bathrooms. A random observation that had no consequence except on the appearance of my hair. I’m guessing Irish people all have mirrors in their bedrooms so they can do their hair in there?

I really wasn’t expecting it to be so hard to find available dorm beds when it wasn’t even the height of summer. Eventually we found a place to stay for a couple of nights for a whopping 37 euros each ($AUD56!) a night. As a comparison we are paying about 14 euros a night in Santorini, one of the most expensive Greek Islands. Apparently because of the housing shortages in Ireland (building pretty much stopped during the recession) locals have been forced to live in hostels, which means finding a spare bed is difficult and expensive.

Young women seem to wear a lot of make up

I’ve kind of observed this in England as well and it’s certainly not a criticism! I’m in awe of how well young Irish women apply makeup; full perfect brows, perfectly contoured faces, huge statement eye makeup and bold lips. I even saw a young girl on the beach sporting this look! It was quite a contrast going from America to Ireland, as there certainly seemed to be a much more natural look going on in the States. I don’t really have the patience or skill for this kind of makeup, but I appreciate it on other people.

I know it’s called the ‘Emerald Isle’ but I really never understand just how green a place could be until we got to Ireland. I was constantly in awe of the green rolling hills and lush landscape. All that rain is certainly worth it.

18 Responses to 9 things that surprised me about Ireland