On our second morning in Coral Bay we woke to blue skies and plans to spend the entire day snorkeling, again. Being super keen early birds we actually had to kill time until the snorkel hire place was open. So we grabbed breakfast at the bakery and took a stroll to the beach. 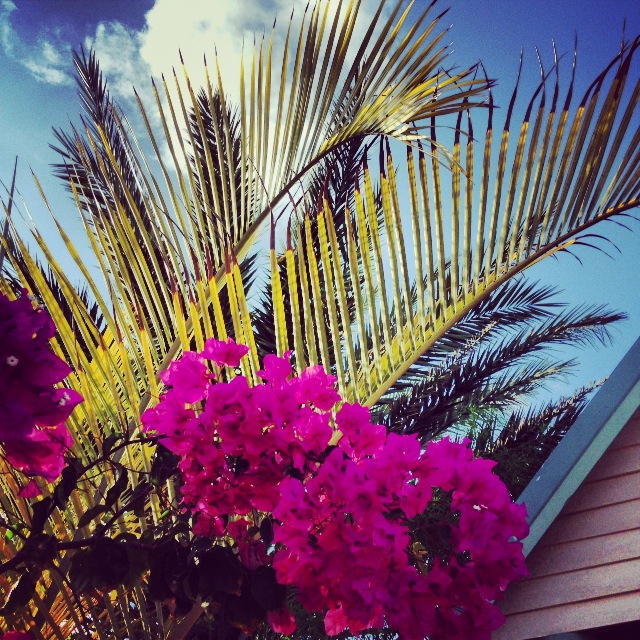 I perched my camera on a rock and took a self-timed photo of both of us. 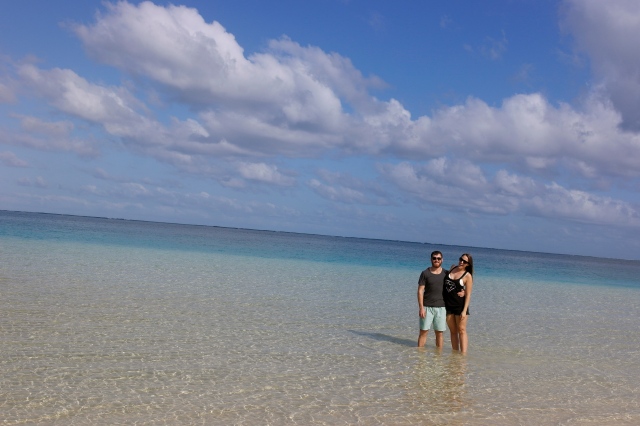 Gotta love a straight horizon in a photo. 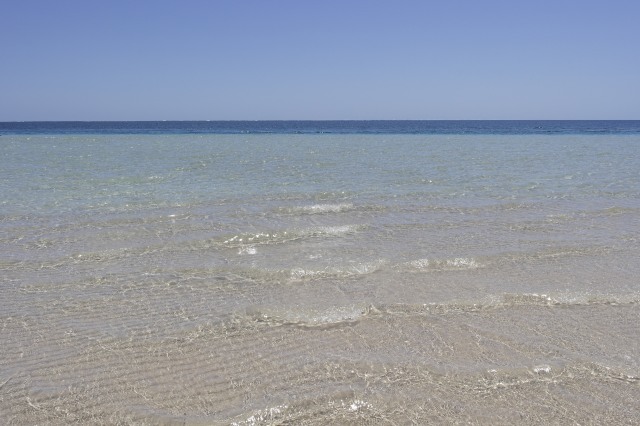 We grabbed some snorkels and headed to the beach, doing the requisite warm-up on the sand before heading to the water. 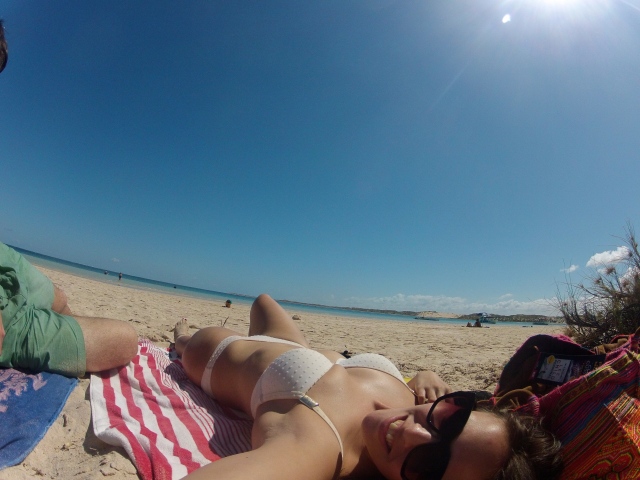 It wasn’t freezing, but spending ages in the water just kind of floating around looking at fish had me covered in goosebumps. So all day I was in and out. How tiring! Ha. 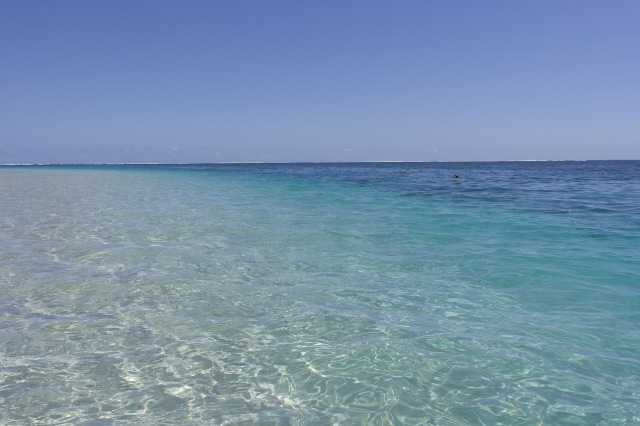 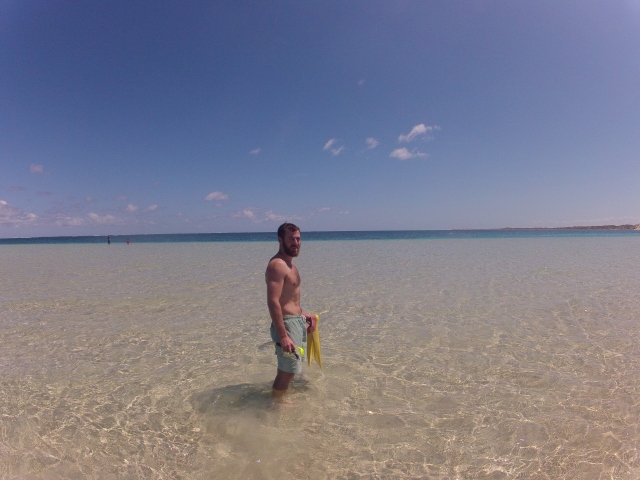 I didn’t bother with trying to photograph fish, having had so little success the previous day. 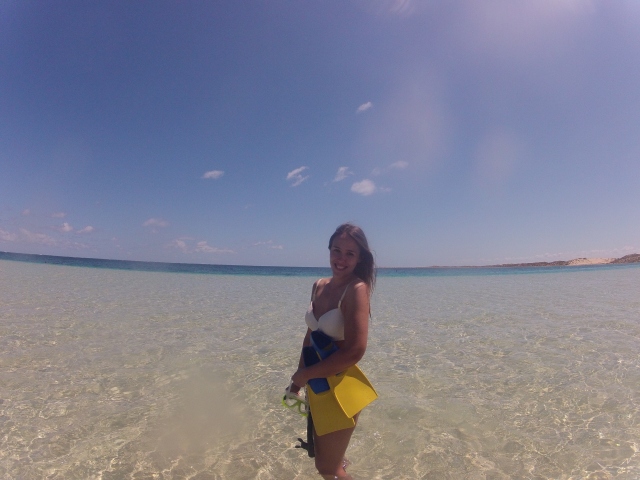 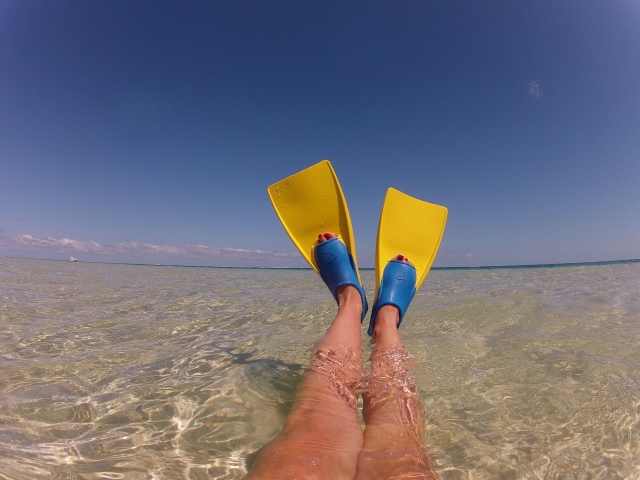 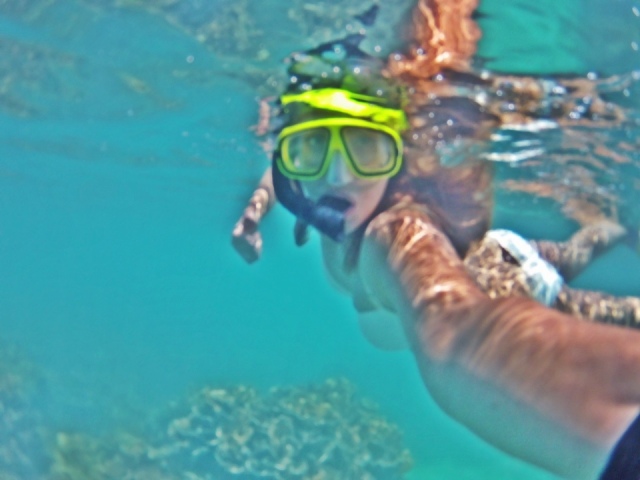 Sporting quite the plumbers crack. Whoops.

At about 3pm we called it quits (a good thing, seeing as we had both unknowingly burnt ourselves to crisps at this point), packed up the car, said goodbye to Coral Bay and headed up the road to Exmouth. 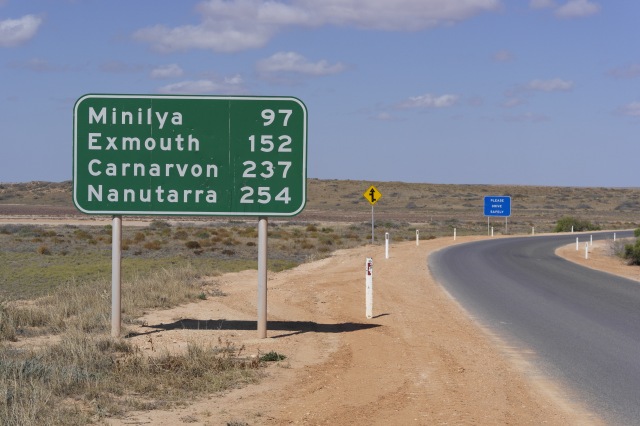 We headed to the marina and city beach to check things out. 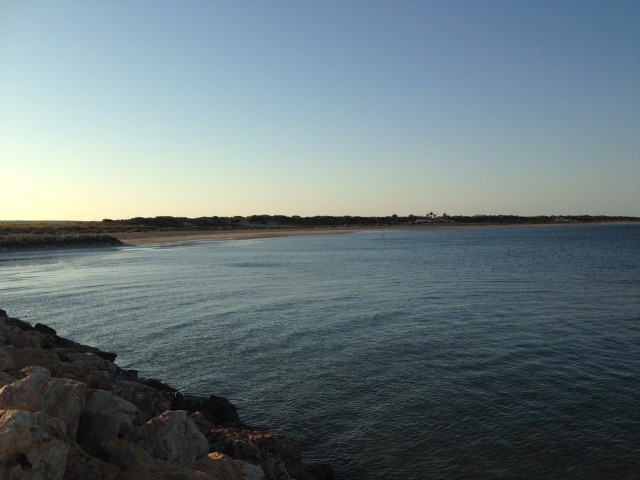 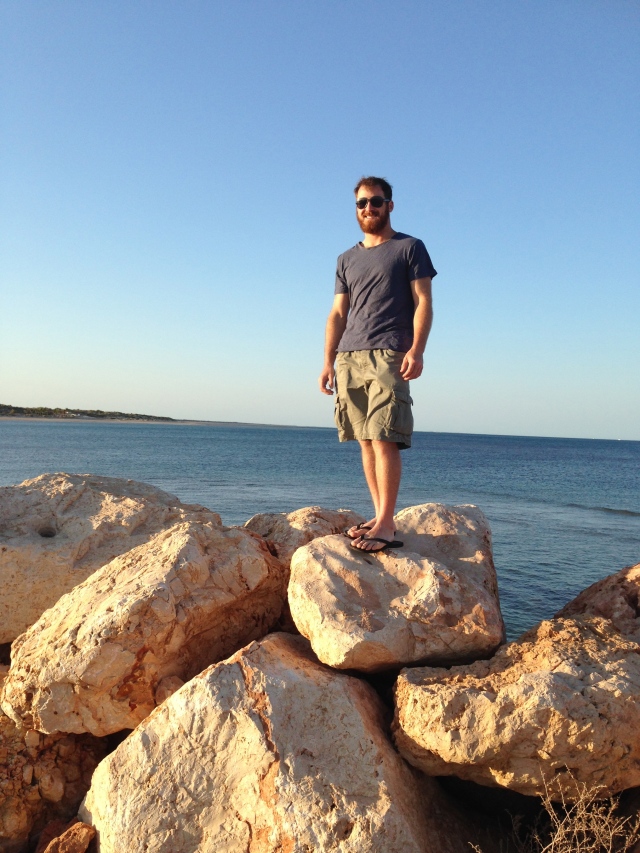 To my delight the Exmouth Fishing Boat Harbour has a bar and was serving $3 gin and tonics. 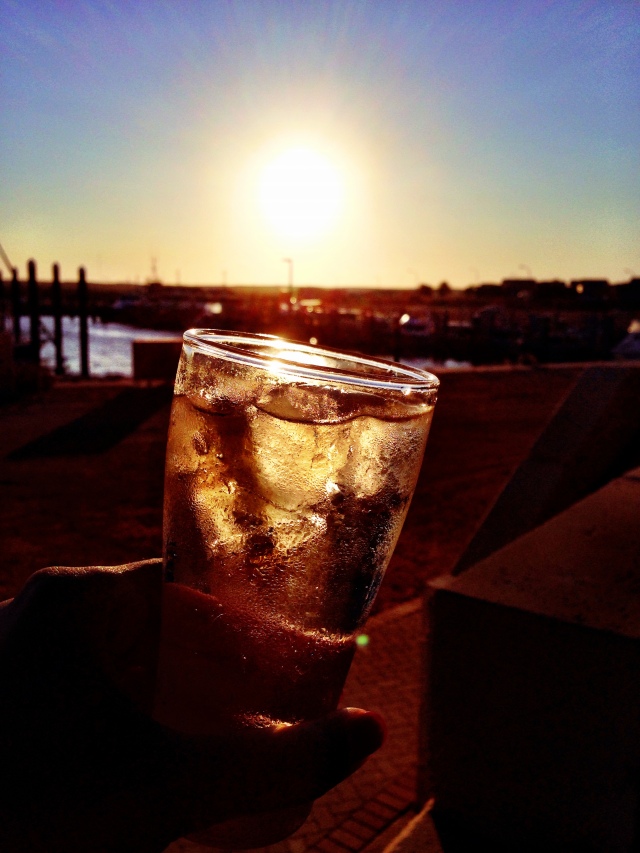 So I sipped as my sunburn really started to set in, making sitting down kind of uncomfortable. At least it kept me warm. 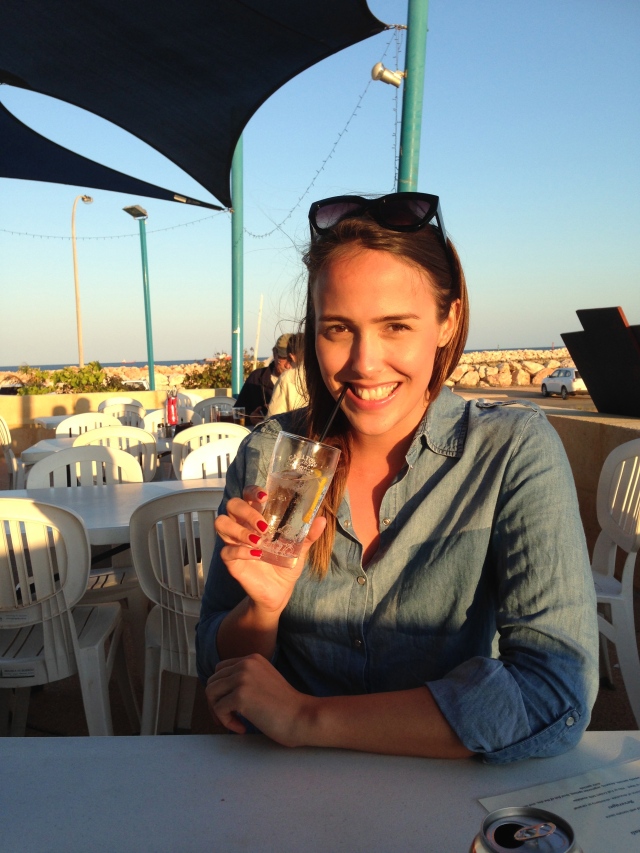 It was also steak night, so I ordered the meal I’ve always wanted to order but never had; surf and turf. Which is steak topped with prawns. 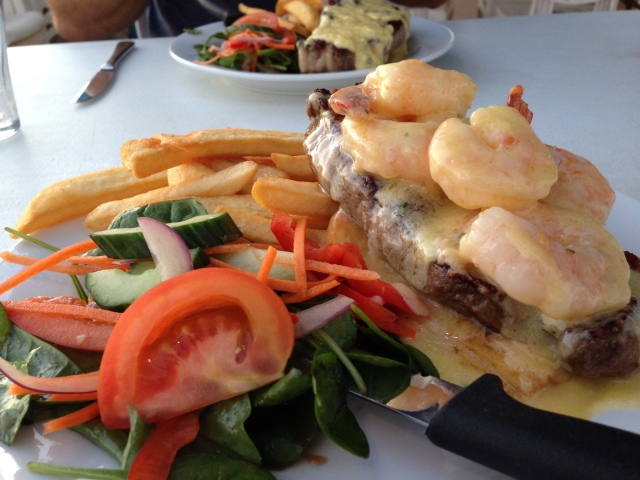 It was pretty darn good even though my rare steak came out well done. Don’t you hate that?

We ate and watched our third sunset in a row… 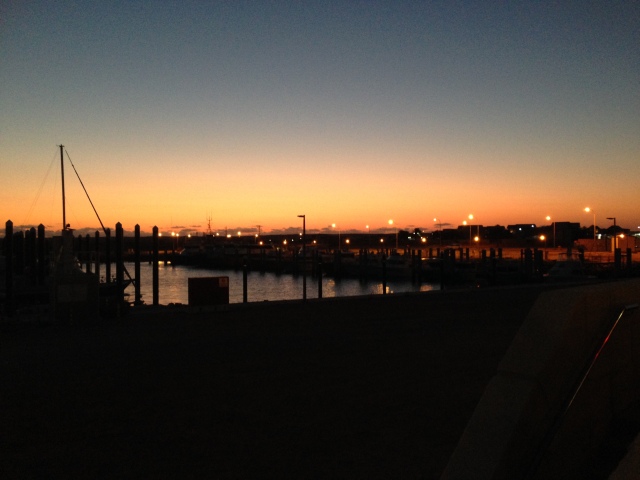