Good Friday’s dinner party started the same way most do: at 3am the morning of, with me setting the table. Cheers for that insomnia! You’re a real pal. At least it was nice to get up on Friday morning with all that stuff done.

Around lunchtime I began the bake fest, starting with these Cadbury Creme Egg brownies that almost didn’t happen. I went to three supermarkets the day before Good Friday to find creme eggs and eventually found a pack of 6 lurking on a random shelf in Target. Don’t leave buying creme eggs so late before Easter: lesson learnt.

The brownies look pretty damn awful! I realised later in the evening that I completely forgot to put the flour in. It was only 40g of plain flour, but I think it definitely would have helped appearance-wise. They still tasted amazing though.

The cheesecake eggs were also not as pretty as they could have been. They were also a tad tangier than necessary, probably because I used the juice of one particularly large and juicy lemon. Again still tasty though. 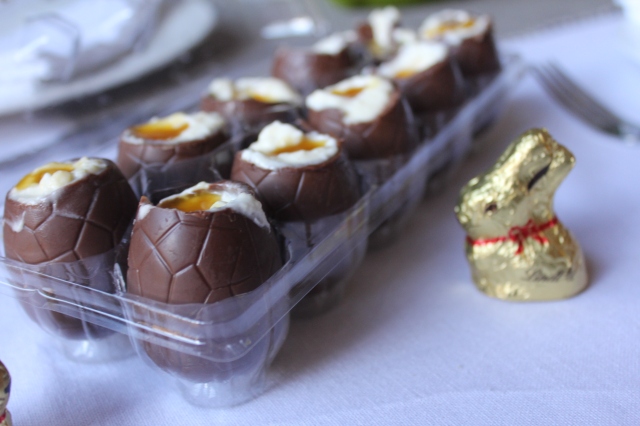 ^Yet another shot of one of my much loved Woolworth’s bunnies.

People began arriving at 6pm, laden with delicious foods. That’s Claire’s prawn saganaki at the front there, so good. And behind that, Bec’s stuffed capsicums, also delicious. A shout out also to Bros’ famous lamb. 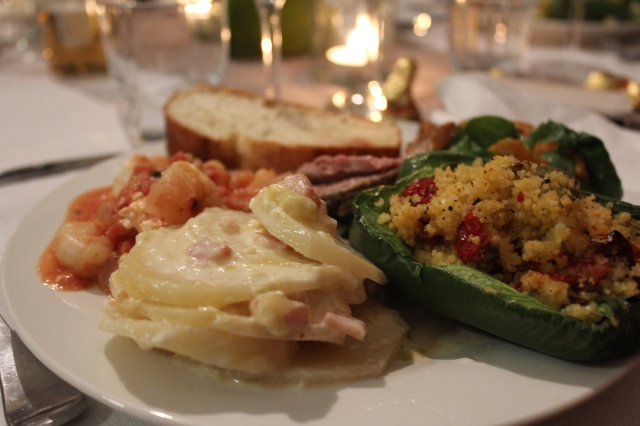 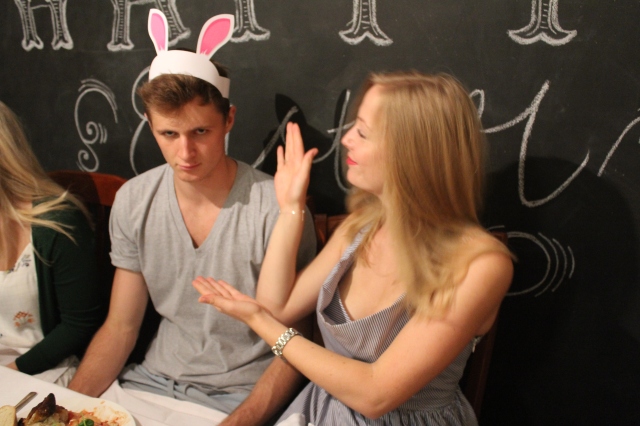 ^ About to retrieve my hot cross bun bread and butter pudding from the oven. 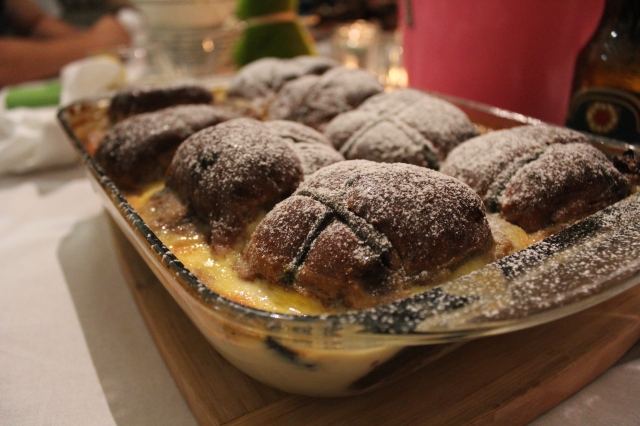 We ate and drank and eventually cleared away the white tablecloth and danced on the table until the wee hours. And have since been eating the amazing leftovers at every opportunity. In fact I haven’t really felt a hunger pang since before Friday…

One decision I was very grateful for was the one that involved Bec and I and some lovely helpers packing the food away into tupperware and doing the dishes before the tabletop shenanigans began. It made for a much more pleasant morning on Saturday. How very grown up of us.

How was your Easter?