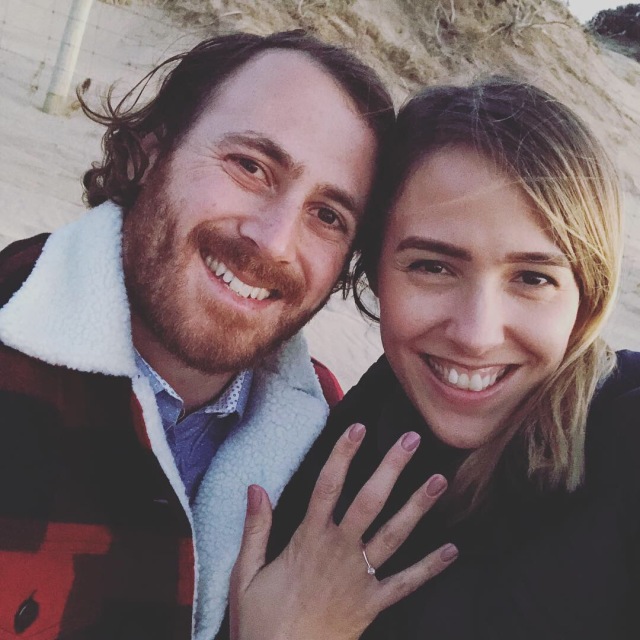 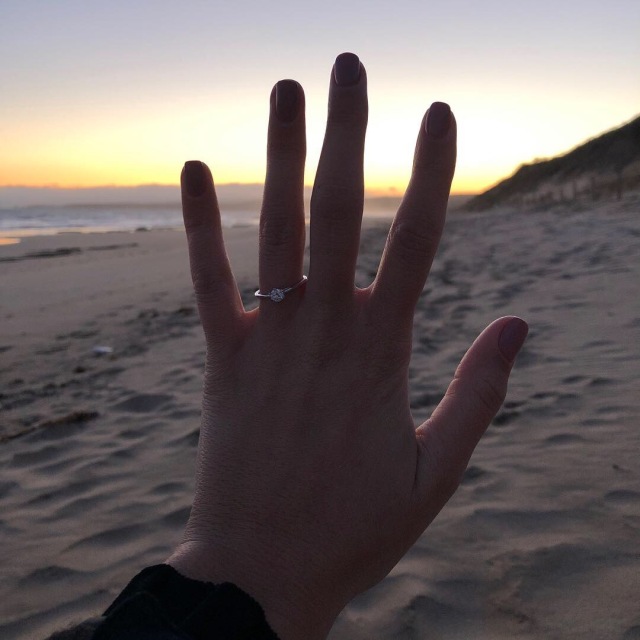 Andy chose the ring. I love it.

I am resurfacing from the depths of radio silence with some good news! Almost three weeks ago, on a beach on the Great Ocean Road, Andy got down on both knees, proffered a lovely ring and asked if I wanted to marry him. I of course said “YES!” instantly before pausing and awkwardly asking back “… do you want to marry me…?” because this is 2018 and I guess you can just never have enough consent? (in hindsight the ring and the question probably should have covered it). In all seriousness I just wasn’t sure what to say!

Little did I know that two months earlier, Andy purchased a ring on our holiday in New Zealand. For my 30th birthday in early August we flew to New Caledonia for a week followed by New Zealand. Andy had attempted to buy a ring in Melbourne before we left but had no luck finding something he liked, which he regretted when we got to New Caledonia and discovered private, pristine beaches ripe for proposing upon. So when we landed in Auckland he wasted no time buying the perfect ring and proceeded to ski with it in his pocket all week, just never finding the right moment to pop the question.

When we got back to Australia Andy thought he might propose at our favourite local restaurant (it was closed that night) or on our ski trip to Mt Hotham (I declared I was “too tired!” for that one last run when he’d planned to ask). Which is how we ended up on the beach at Point Roadknight on a warm-for-September evening watching the sunset while sipping riesling from his parents’ vineyard. It was the perfect moment to do it. We sat on the beach for a while afterwards until the sun went down and the beach got blustery, then we counted the fence posts along the sand back to the steps so we’d always remember exactly where it happened.

That evening we ate at Captain Moonlite, a restaurant in the Anglesea Surf Life Saving Club with spectacular views over the water. It was a full moon which the waiter joked they had arranged for us, I replied that we’d just got engaged hours earlier and they kindly sent over two flutes of champagne. When we got back to the house we had an impromptu Spotify party with songs that have meant something to us over the past four and a half years. Such a perfect night.

We waited until the following afternoon to start calling our family, so for almost 24 hours we were the only two people who knew. The reactions were so lovely. The next two days after that we started telling our wider family and friends in person or over FaceTime. Seeing as nobody calls anyone anymore we had to quickly confirm that we weren’t calling with hideously bad news. Also I want to apologise for the unsolicited video calls, kind of a rude intrusion when you’re not expecting it!

The number one question is “so when is the wedding?” which we don’t have an answer for yet, but I imagine some time in 2020. We won’t start planning until early next year.

The fun thing about having a blog for most of your 20s is you can trace things back to where they started. While Andy and I met in March 2014, the first mention of him here appears a month later when I make a very obscure reference to a ‘bearded man’, a few weeks after that he finally makes a photo appearance. Good times! Thanks for reading x 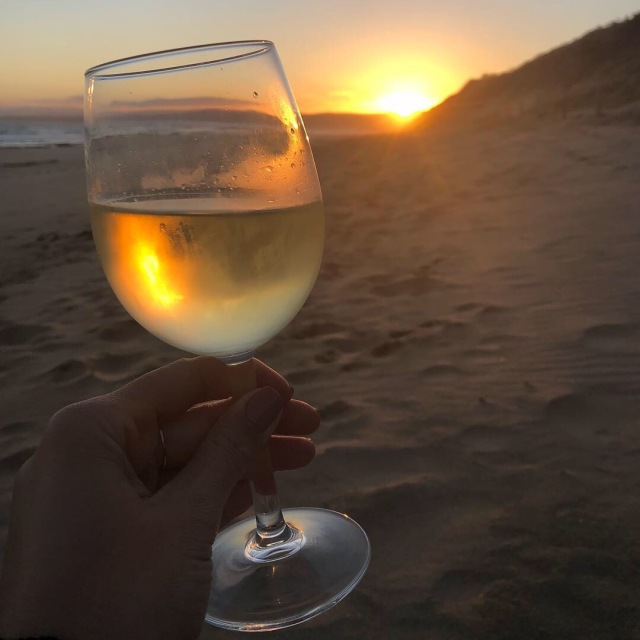 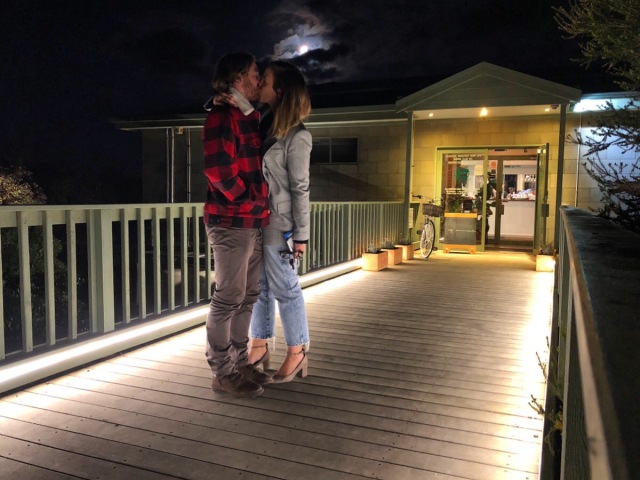 Used the self timer to take this photo on the ramp to Captain Moonlite (as if I would ask a waiter to take a photo of us making out!). Look at the moon though!

This entry was posted in Misc and tagged Engaged, News, Relationships. Bookmark the permalink.

3 Responses to We got engaged!