6 things that surprised me about El Salvador

I should preface this list by saying that I had zero expectations of El Salvador. We weren’t planning to go there, I hadn’t read about it at all and so the things that surprised me might not surprise a traveller who has done basic research.

That said, I was completely blown away by El Salvador in the best possible way. We spent 4 nights in Santa Ana. Here’s what surprised me:

The landscape is incredible

The coast at El Tunco

Going in with zero expectations, I was blown away by the beautiful coastline, the stunning deep blue Coatepeque Lake, the lush hills covered in coffee trees and the many volcanoes rising up out of the landscape.

We took a guided hike (with Real Trips) up Santa Ana volcano, aka Ilamatepec, and I was not expecting the amazing colour of the water in the crater when we got to the top.

Our guide Ivan was hilarious and super enthusiastic. He told us that last year he and others abseiled into the crater and swam in the water. As a result the top few layers of his skin flaked off and he smelt of sulphur for two weeks. I can’t believe that anyone would think that was a good idea! But Ivan was very proud. 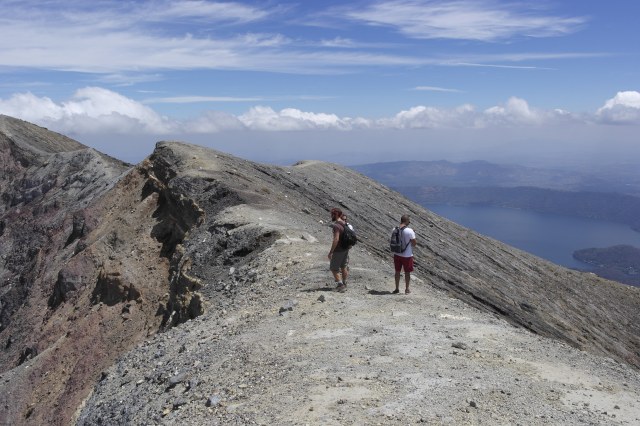 At the top of the volcano, Coatepeque Lake in the background 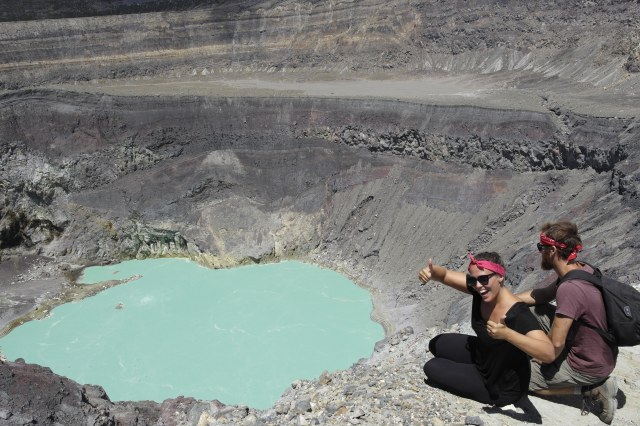 I’ve never seen so many guns in my life; huge M16s slung over bank security guards, handguns on hip holsters and there were probably plenty more concealed guns.

El Salvador felt incredibly safe to me, so I think the prevalence of guns might have something to do with the relatively recent civil war still being at the forefront of collective national memory (a UN peace agreement was reached in 1992), and of course the prevalence of gang violence. As a tourist, gang violence really doesn’t  worry me so I was surprised when our guide Ivan revealed that he was carrying a taser and our driver a handgun, to hike up a volcano. In fact, you aren’t allowed to hike the volcano alone, you have to go with police at 11am or take a tour.

When I asked Ivan what he thought might happen and why we might need a gun, he didn’t really have an answer. The weapons were ‘just in case’. Honestly, I’d be more worried about being shot in America than El Salvador.

In my experience, there were far fewer gringos (white people) in El Salvador compared with the other Central American countries we visited. Once we left the coast we didn’t see other backpackers at all. So the locals are pretty curious and happy to see you visiting their country. Everyone we met was really friendly and said hello or smiled.

We met Melvin at the B&B we stayed at. He is El Salvadorian but now lives in Los Angeles and comes back every year to mark his late mother’s birthday. Melvin very kindly took us around his hometown for the day, stopping in to meet his Dad at his cafe and driving us through the coffee region.

The majority of El Salvadorians were like this; eager to help us out. When we went out to Lake Coatepeque we got sort of lost and spent a long time walking along a dirt road. A truck/ute stopped to see if we needed help and we ended up getting a lift up the road (in the tray of course, Central American style!).

The food is incredible

A lot of the food in Central America is very samey, so it was a pleasure to discover El Salvadorian delights.

We had lunch at El Jardin de Celeste in the coffee region and sampled local cheese, bean soup and I tried an incredible stuffed avocado. I highly recommend eating there, the restaurant is beautiful, as are the surrounding gardens.

Bean soup and a plate of cheese

Pupusas are probably the most well known Salvadoran cusine, they are thick handmade corn tortillas that are stuffed with cheese, ground pork or refried beans (or combinations of these). Pupusas are typically served with curtido, which is lightly fermented cabbage slaw with red chilies and vinegar, on top. The curtido was SO good.

I loved pupusas. Could eat them alllll day.

Melvin was very excited to take us to have traditional ice cream. The shop we went to started as an ice cream cart that was Melvin’s favourite when he was growing up. It was all dairy free and very refreshing. We had scoops on a traditional barquilla cone. 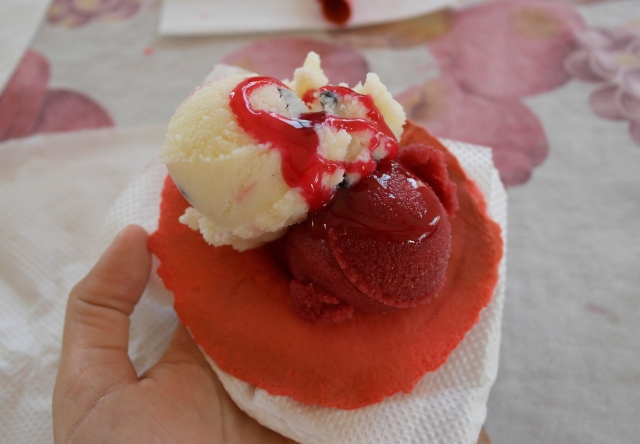 We didn’t meet any other backpackers 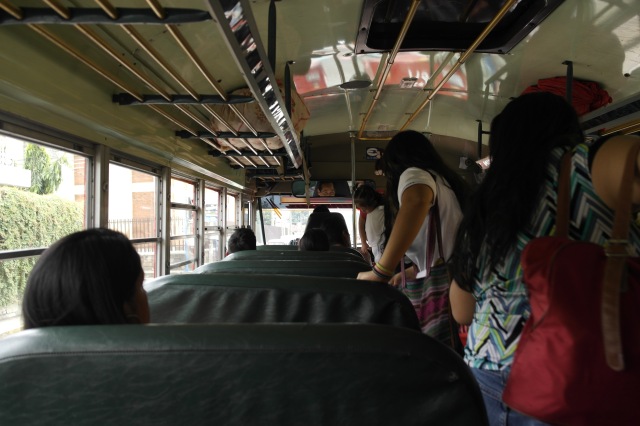 The only other people at our B&B were El Salvadorans who now live in America and Canada and come back to see family. They all left as children during the civil war and they all did not return until at least 20 years later due to fear. But after each of their initial trips, they found it so safe and well, normal, and so have returned multiple times.

Gimo, who came with us on the volcano hike, left at 12 years of age and still remembers mothers running outside to get their kids when armed helicopters would fly over their houses. He was impressed we took the local ‘chicken buses’ around, because he was too scared to!

The coffee is delicious

I’m not a big coffee drinker, I love my tea so much I’ve been carrying a stash of Twining’s English Breakfast. But the coffee we sampled was so delicious and not at all bitter that I managed two cups. Unheard of for me!

I typically think of Colombia when I think of coffee, so I was surprised to find El Salvadorian coffee was the best I’ve ever had. I particularly loved the spiced house blend we had at El Jardin de Celeste, it tasted like Christmas with its hints of cinnamon, nutmeg and cloves. 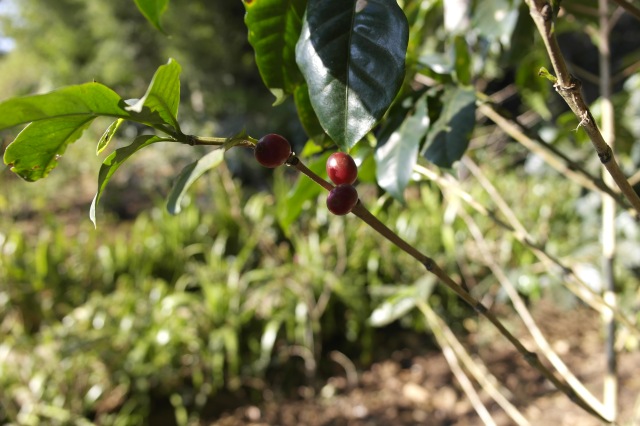 Coffee beans on a tree

6 Responses to 6 things that surprised me about El Salvador