After San Juan Del Sur we took a myriad of chicken buses inland, at times running from one bus to another while both were still moving with a man yelling at as to “VAMOS! VAMOS! VAMOS!” (“come on” or “let’s go!”). For a very laid back continent the bus system is fraught with stress.

We arrived in Granada and set about finding somewhere to stay. We found a cheap hostel and went out to explore. Only there wasn’t a tonne to see. Well there probably was, but I’ve taken so many photos of doors on Spanish colonial buildings already on this trip, that I didn’t feel excited about seeing more. 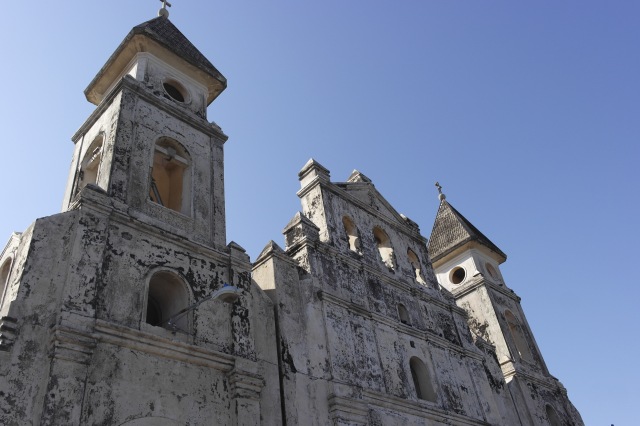 This area does old churches well 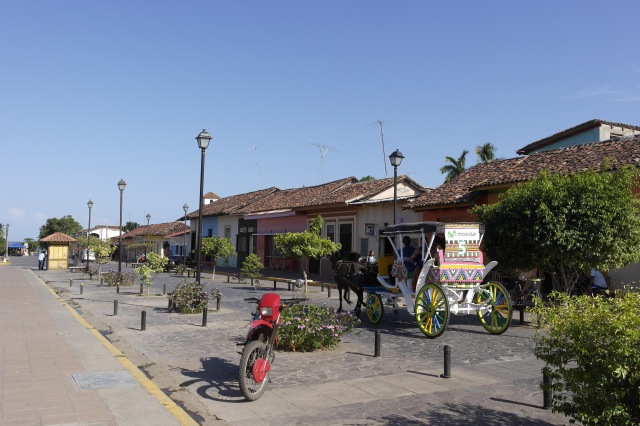 We headed to the Garden Cafe for lunch and weren’t disappointed. It is set in an old colonial building around a lush garden. 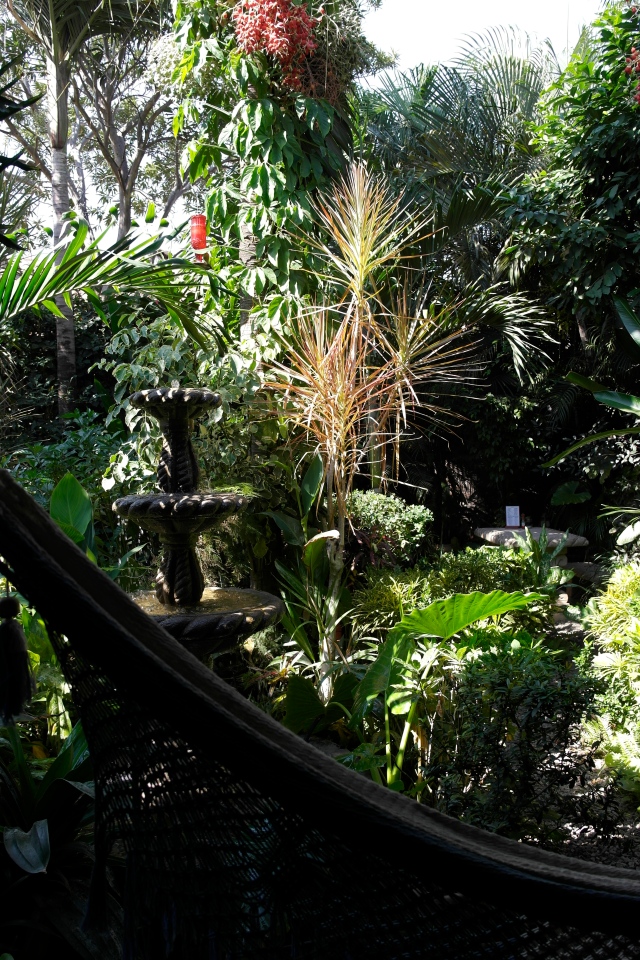 The place pretty much nailed ‘tranquilo’.

This salad was delicious

That afternoon Niki and I set off to get massages ($USD12 for half an hour) at the Choco Spa. It was super awkward, not because my masseuse was blind but because I shook his hand when he reached out to take my slip of paper from the front desk to say I’d paid. So smooth.

The massage itself was underwhelming and the massage table quite uncomfortable. The cacao scented oil was nice though. Niki was equally unimpressed with her half hour.

The next day we squeezed onto a minibus to get to Leon. We got to the city and then went a little bit further to stay at a hostel on the beach. 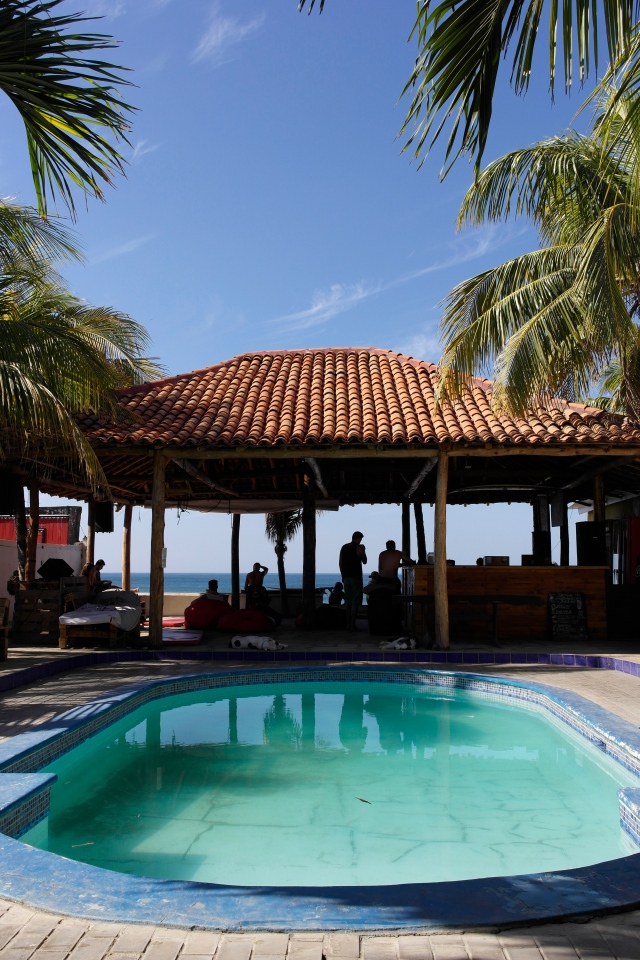 We stayed one night and then ventured back into Leon city. Like Granada, Leon also loves a good church.

This white cathedral was charming; all white at the front…

And somewhat dilapidated at the side.

We browsed some nearby souvenir stalls and bought some token gringo traveller woven bracelets. I wanted one of these super unimpressed looking Nicaraguan ladies: 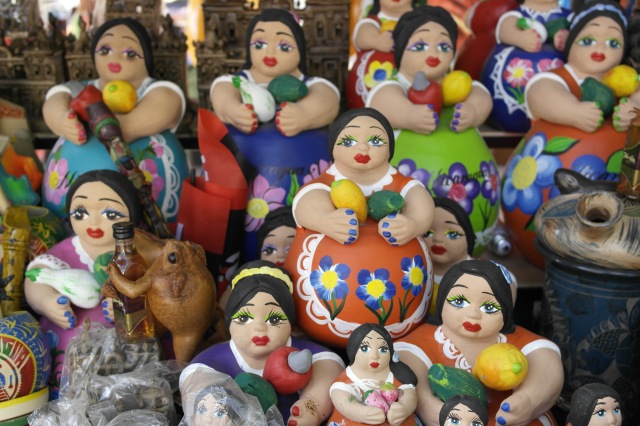 But she wouldn’t survive in my bag. 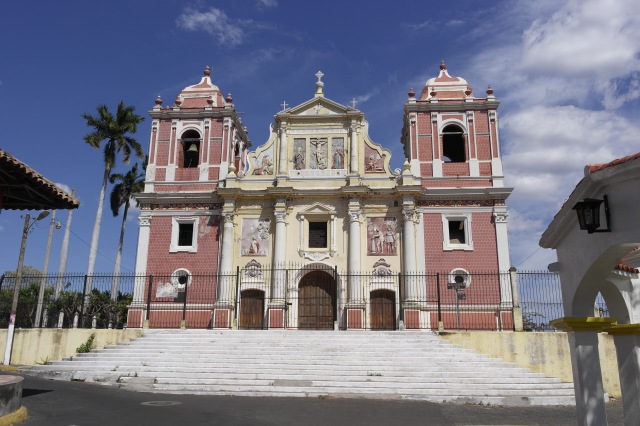 On our second day in Leon we decided boarding down the side of a volcano was in order. So we were driven out to a very young (first appeared in 1850) active volcano called Cerro Negro. It took about 45 minutes to get to the top.

Andrew, ever the volcano enthusiast, was very excited. 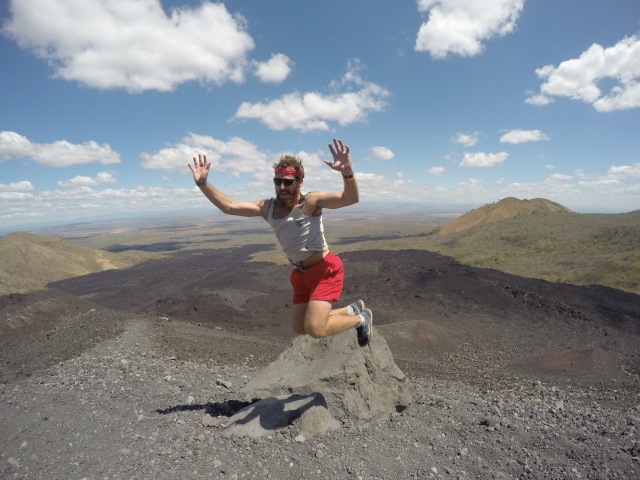 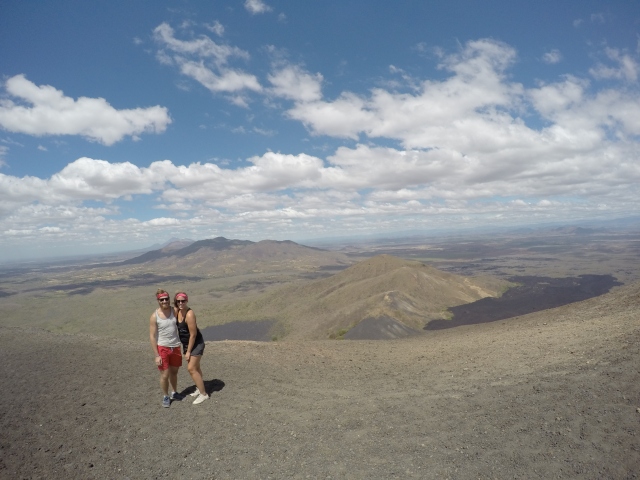 Where you begin your slide down the volcano

We donned our mining/convict suits and covered our noses and mouths. 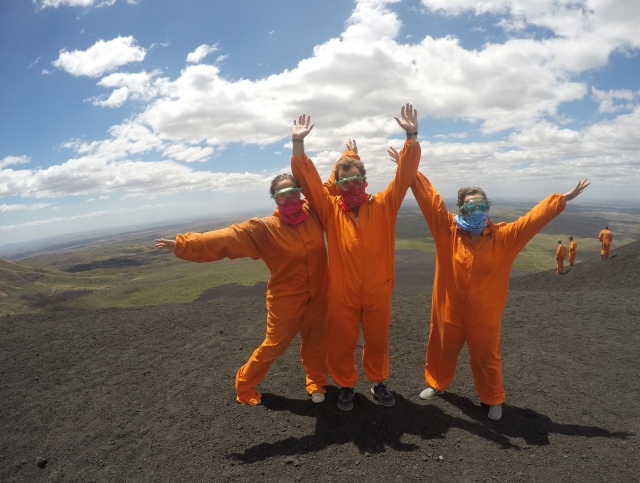 And then it started to set in that we were actually going to have to board down the rather steep side:

Not sure this shows how steep it is

As soon as I sat on my board I was instantly awash with nerves. It was super steep, the board was super uncontrollable and I was super scared. To say the least.

I don’t think I’ve ever been so scared in my life. I sunk my feet into the sides of the volcano and attempted to go as slowly as possible. Which wasn’t slow enough.

I filmed the whole thing on my GoPro (well, from halfway down as I was too scared to remember to switch it on at the top!) and it is painfully slow to watch.

Once at the bottom I wasn’t even relieved, I was shaky and teary and in utter disbelief that something I hadn’t given much thought to earlier had terrified me so much. 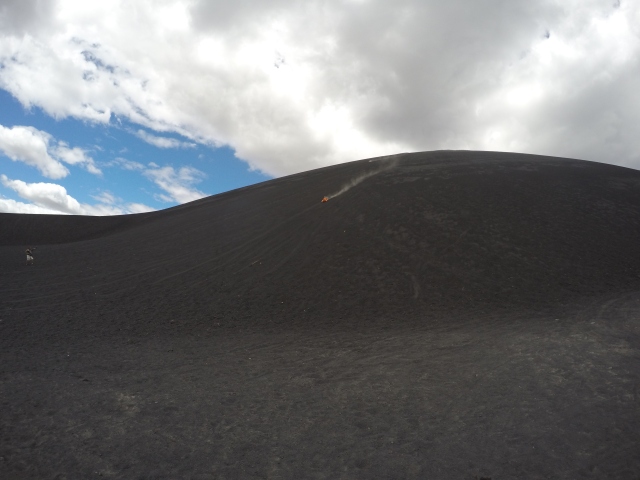 Someone else coming down

Never again. Honestly the best part of the experience was playing trivia for beer and cookies on the way home. Andrew won twice for science questions and I won twice for knowing these which movies these quotes belong to: “you were born a street rat, you will die a street rat and only your fleas will mourn you!” and “I love the smell of Napalm in the morning”.

Do you know the answers? I’ll send you a beer or a cookie*!