Just a few more snaps of our wanderings around the San Blas district in Cusco. It’s slightly uphill and therefore quieter.

Deserted streets are quite the novelty in Cusco, which is a tourist mecca. Around one corner was amazing street art: 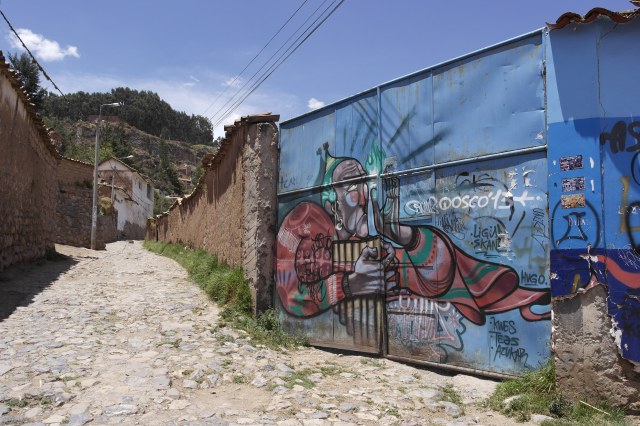 Around another was an alpaca having lunch:

We wandered back to the main square (Plaza de Armas) and caught the middle of a wonderfully colourful parade: 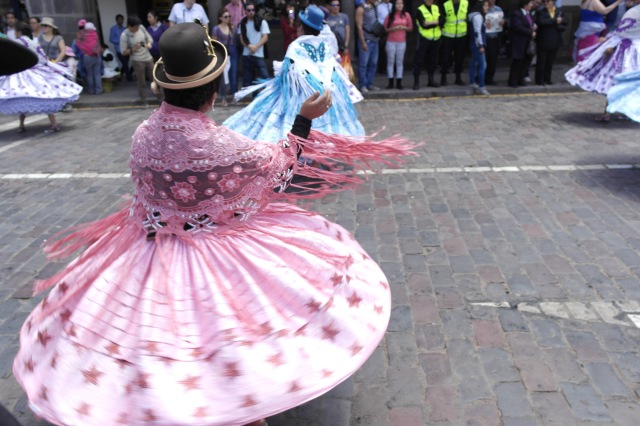 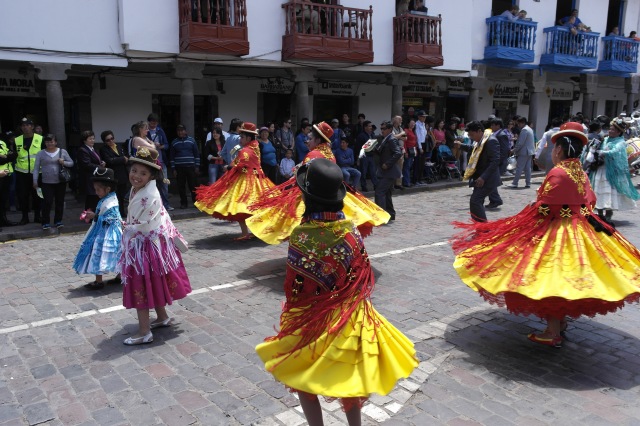 The square lights up magnificently at night:

The surrounding hills twinkle with all the lights of people at home.

About a million tour buses leave Cusco for the Sacred Valley every morning. It’s the kind of experience where you are herded like cattle from one site to the next in the 60km long valley, with barely enough time to snap a photo but plenty of time to buy a souvenir.

We meant to do a Sacred Valley tour before the Inca Trail but we were too busy being sick and preparing. This was a mistake. I highly recommend doing the Sacred Valley before Machu Picchu as all Inca ruins will pale in comparison if you’ve done the best first.

After a few hours on the bus (including a toilet/souvenir stop) we arrived at our first stop; Inca Pisac. 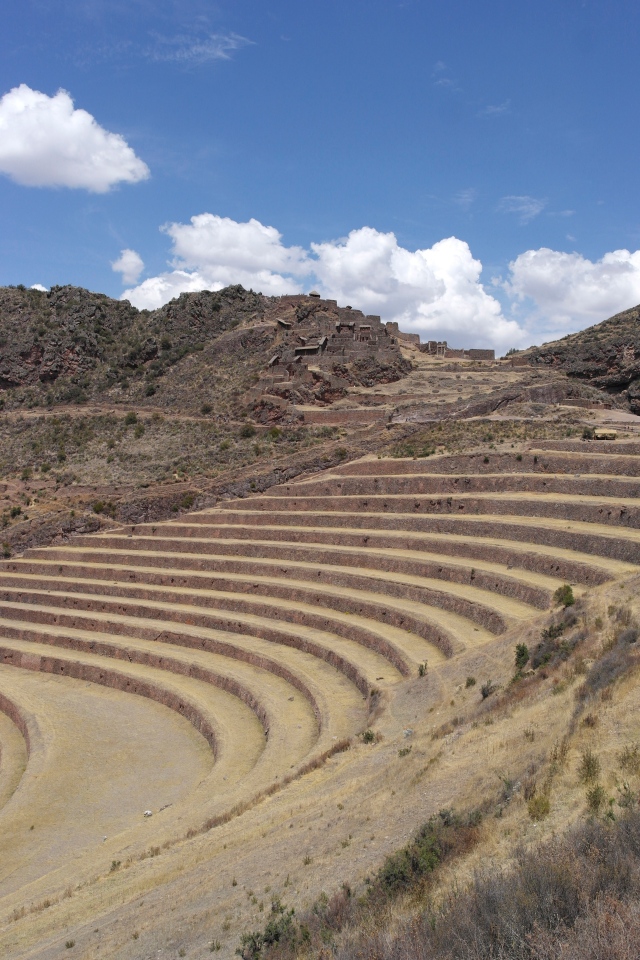 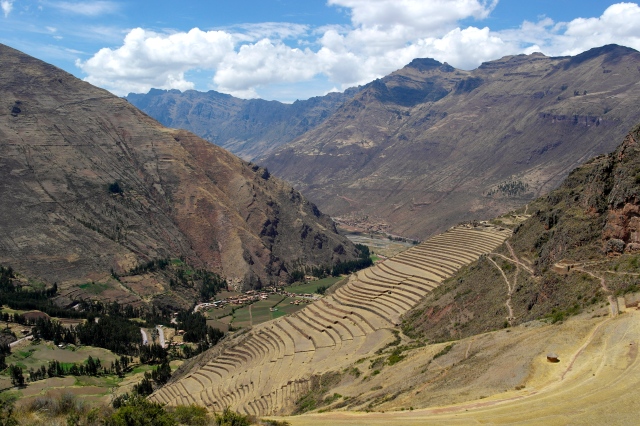 We had some time to explore the ruins. 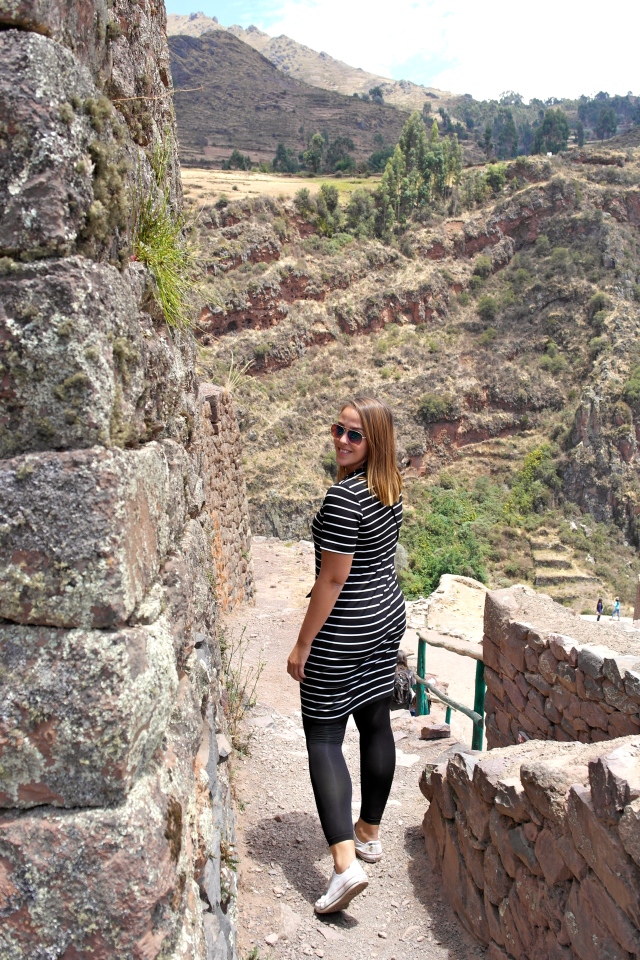 It was remarkably easy after the Inca Trail! 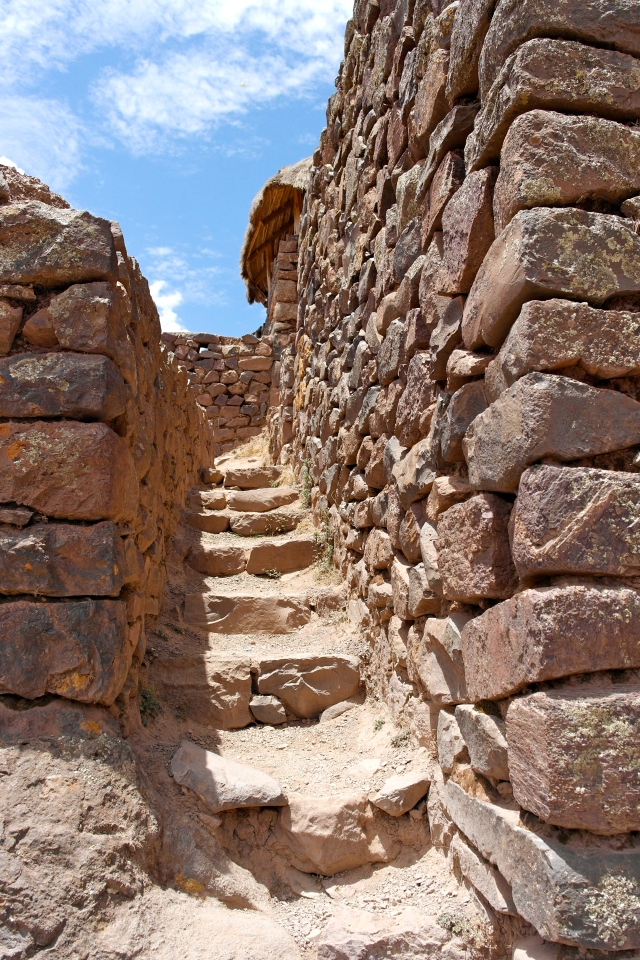 On our bus we met Fez, an IT worker from Sydney. Fez is travelling solo trying to find his life’s calling, he kindly offered to take our photo: 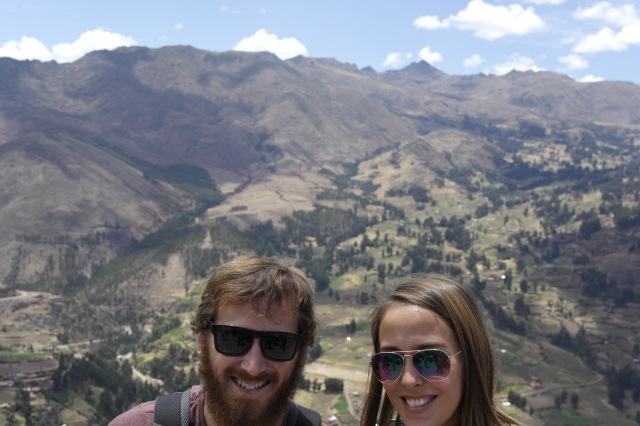 No, this has not been cropped.

Somehow I don’t think photography is his future.

When we got back on the bus Fez remarked that the gentle 45 minute walk we’d just done was so strenuous, he’d never polished off a bottle of water so quickly. This made me feel remarkably better about feeling like a total failure on the Inca Trail. Thanks Fez!

We drove down to Pisac city, for another chance to buy some more stuff, including silver, a big industry there.

We drove for ages to get to our lunch spot, an absolutely disgusting buffet. It was about $10 each and so average and dirty. I was amazed we didn’t fall sick afterwards. It was at this point that Andrew and I were thinking of skipping out and trying to take a different bus back to Cusco. But we ended up persevering.

The next stop was Ollantaytambo, where we’d been previously at the start of the Inca Trail. 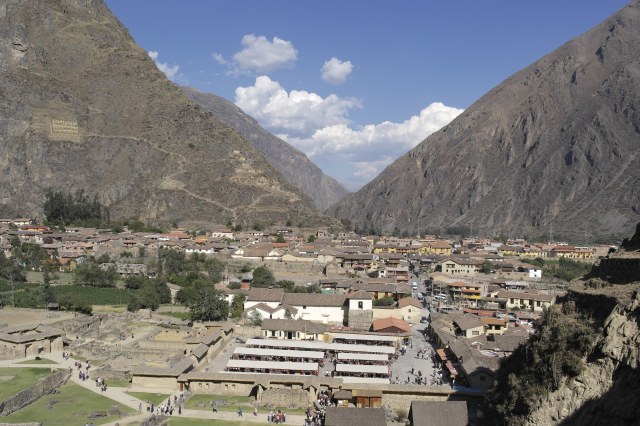 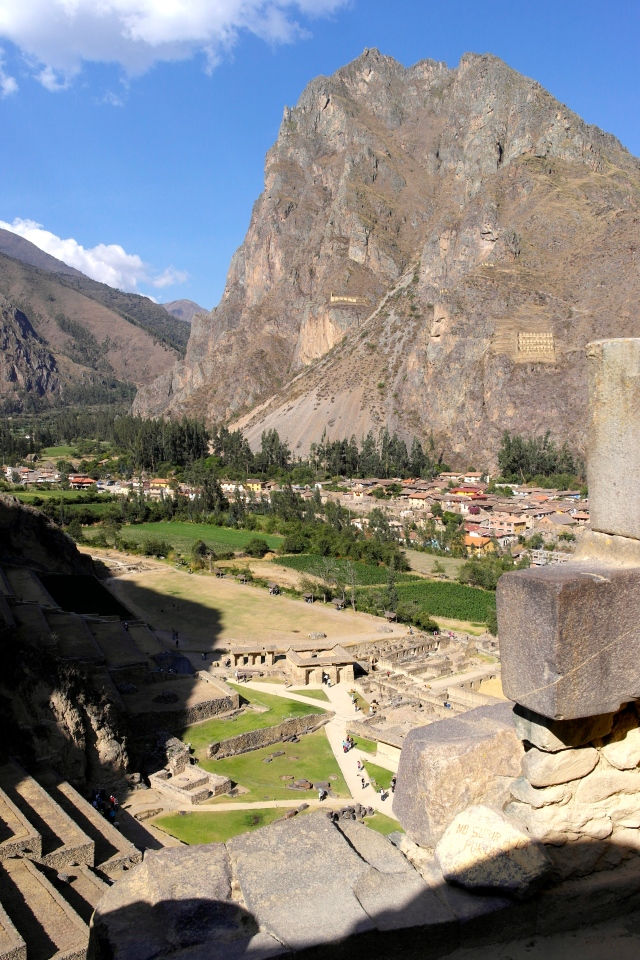 We listened to the guide explain the significance of the ruins, but as soon as free time was announced we made a beeline for the llamas hanging out at the bottom.

We tried to get llama selfies but these guys weren’t having a bar of it. They kept hopping around like mad, trying to find better grass to devour. At one point one of them spat on someone. Not going to lie, it was hilarious.

Back on the bus we went!

We went up and out of the valley. The view of snow capped Andes was probably the highlight of the day for me, especially when we stopped here:

Yes it was another souvenir stop, but if you walked past the stalls there were llamas and donkeys hanging out on the hill. It was just before dusk and the golden light was magic.

Our final stop was to a ‘traditional’ market where women showed us how they dyed alpaca wool and wove material. It was actually really interesting, until the demonstration ended and the ‘buy stuff now’ part started.

We skipped the shopping and saw the end of a beautiful sunset.

The Sacred Valley is definitely a tourist trap. But I’m not sure if you can miss it, it’s rather beautiful. Don’t you hate that?!