We drove from Monument Valley to the town of Page, Arizona. Page is the gateway to a number of popular spots in the area, including Horseshoe Bend, Lake Powell and the big one; Antelope Canyon. There are also a number of rafting tours that leave from Page.

Our first stop was Horseshoe Bend, where the mighty Colorado river curves around leaving an impressive shape in the rock. That’s pretty much all there is to it.

I failed to capture Andrew and I and the horseshoe. Classic.

After the sweaty trek to and from the car at Horseshoe Bend we went to cool off in Lake Powell.

It’s a bit of a climb down to the water, but so worth it. 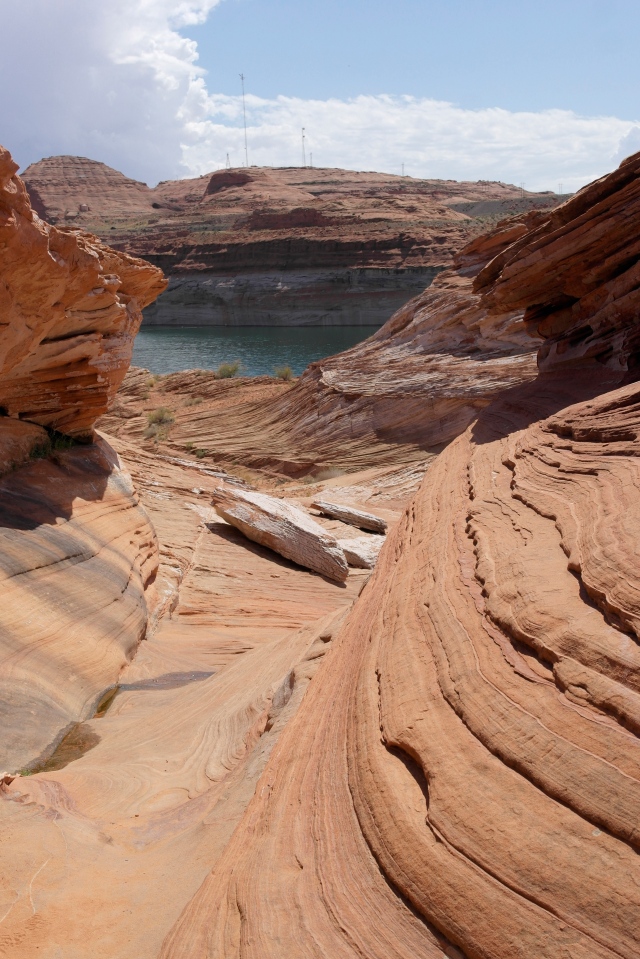 You just need to ignore the huge dam wall to the left and the large antennas on the other side.

We took our Canadian Dollar Store lilos for a spin.

Antelope Canyon is a beautiful slot canyon on Navajo land whose impressive curved walls you can walk between. The unfortunate thing is that it is a truly awful experience. The epitome of a ‘tourist trap’ groups of about 10 are shuffled through the canyon by guides who know little of the canyon’s history and point out the various photogenic spots, throw some sand in the air for better photos (?!) and then yell at you to keep moving. It’s almost stressful.

I did the tour 5 years ago so I knew what to expect, but it’s worse now.

Still, it’s kind of hard not to be impressed.

Looking up is especially cool, as the rock winds around letting the odd beam of light in here and there. 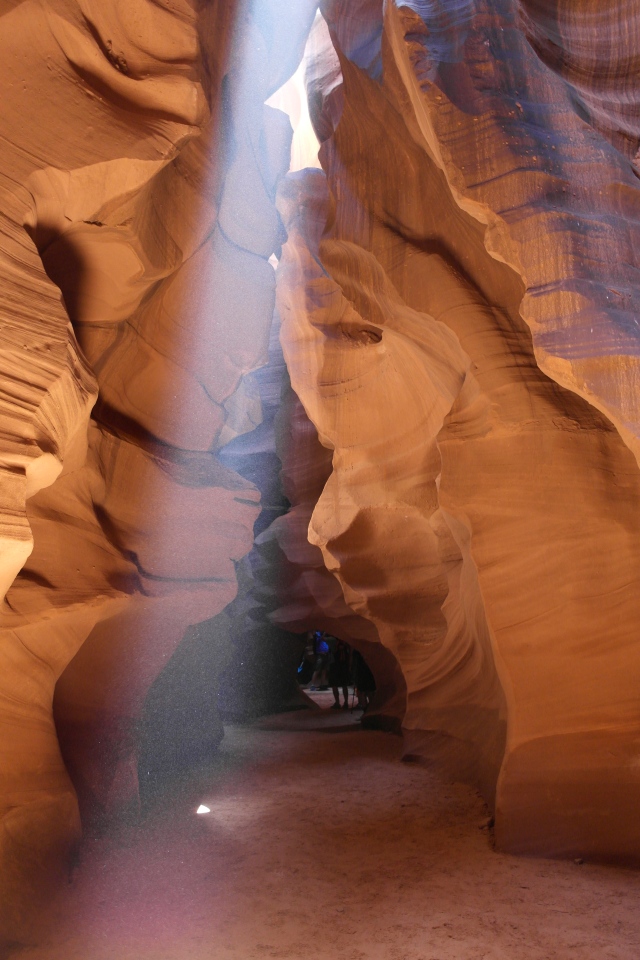 Looking directly up to the sky: 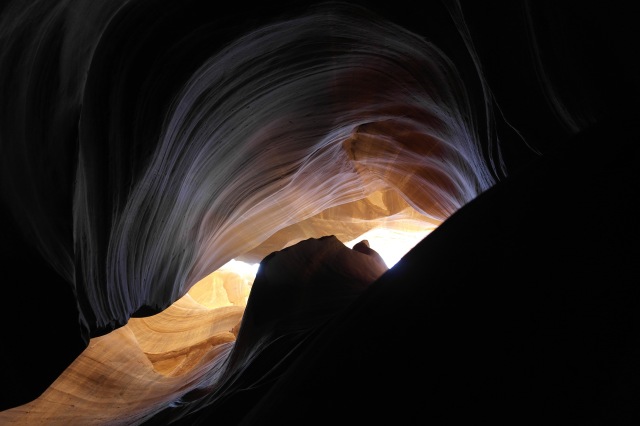 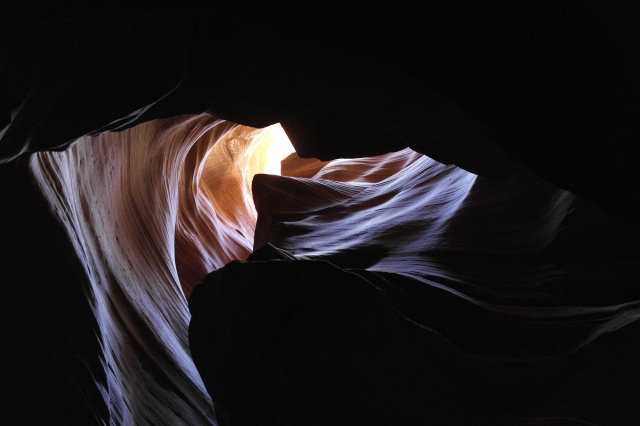 Can you see his nose and beard?

You can see some of the sand that the guides insist on throwing in the air in the light beam below. I tried to take the photo once the sand had settled, I think it looks better without.

And here is a guide, shovel in hand, shortly after said sand throwing:

It’s pretty rare to get a photo without someone from the group in front or behind you lurking in the background: 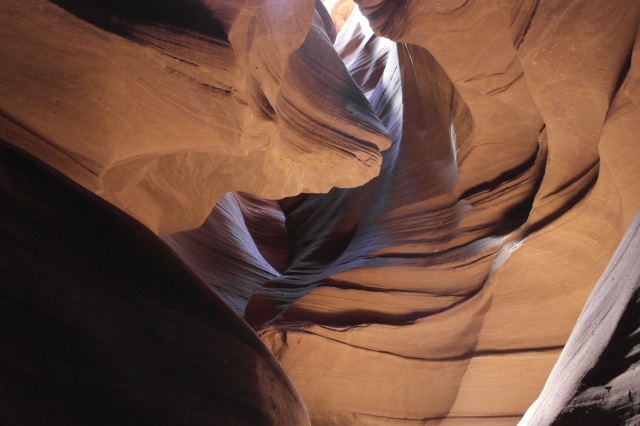 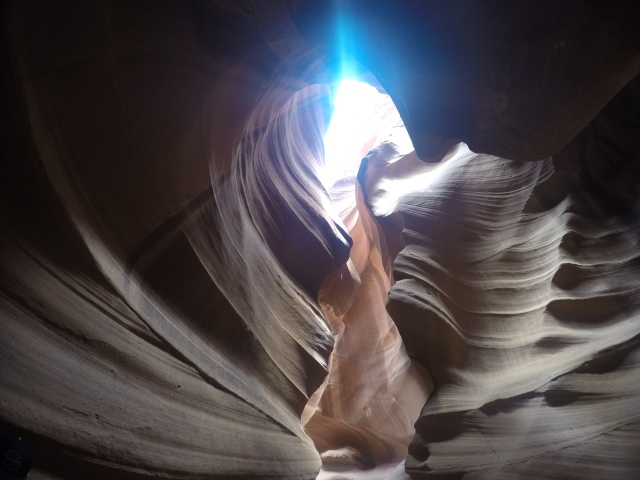 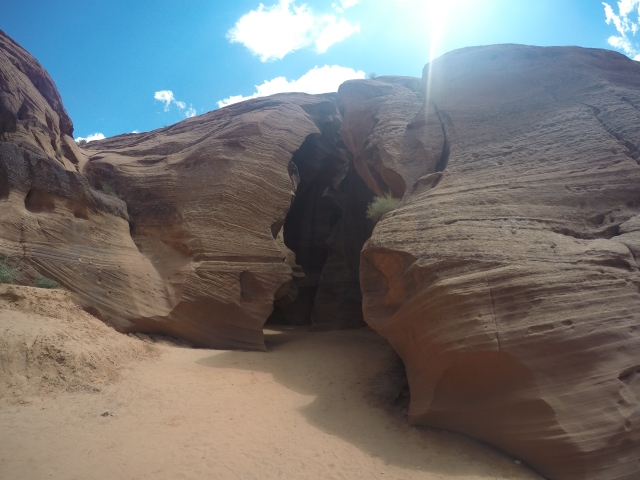 Where you enter/exit the canyon

You leave the canyon feeling weirdly violated and relieved to be out. It’s hard to tell people not to visit though because it’s sort of the main attraction in the area.

An excellently busy and photogenic two days in Page. Heading back to Utah next.