Yesterday was excellent; my boyfriend Andrew and I went on a cruise around the islands off the coast of Esperance known as the Recherche Archipelago and then to the beach which was calm and perfect for tubing. And then we got ice cream and after that we had a minor car accident.

Just the boring the-person-behind-us-failed-to-stop-and-slammed-into-us kind. The police came, details were exchanged (the other driver doesn’t have insurance, wtf?!) and Andrew’s car was towed away. I was having a pretty restless night due to feeling a bit sore and stiff in the neck and shoulders, so at 4am I decided to just go to the hospital to make sure everything was fine. Which it was.

After I left the hospital, I noticed this was going on: 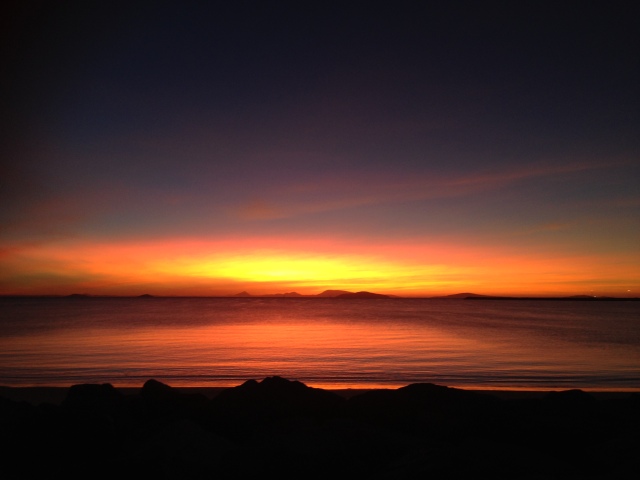 So I pulled over, jumped out of the car and got a front row seat (on a park bench) to watch the sunrise.

I should point out that Esperance is known for its wind, so to see the water like glass and for everything to be still is quite spectacular.

Those islands in the front are part of the 105 or so that make up the Recherche Archipelago. The ones that look like islands behind them are actually hills in Cape Le Grand National Park, including Frenchman’s Peak.

Even the port looked pretty: 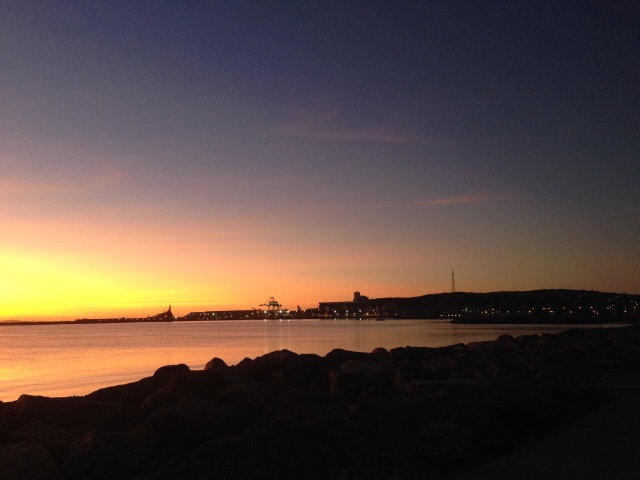 Watching the colours change was beautiful. 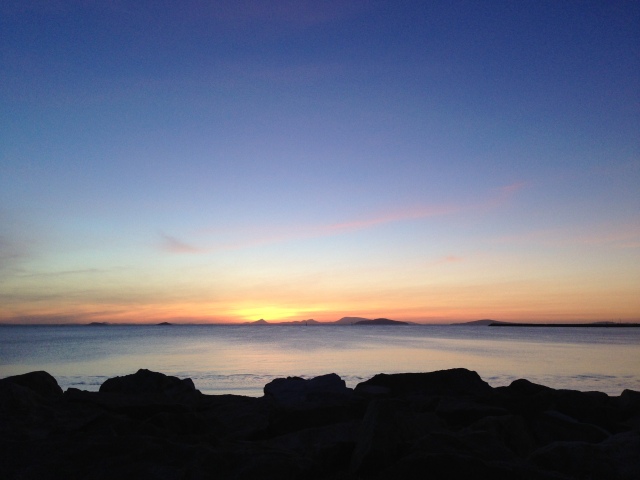 At one point a saw a seal bobbing up and down through the water. 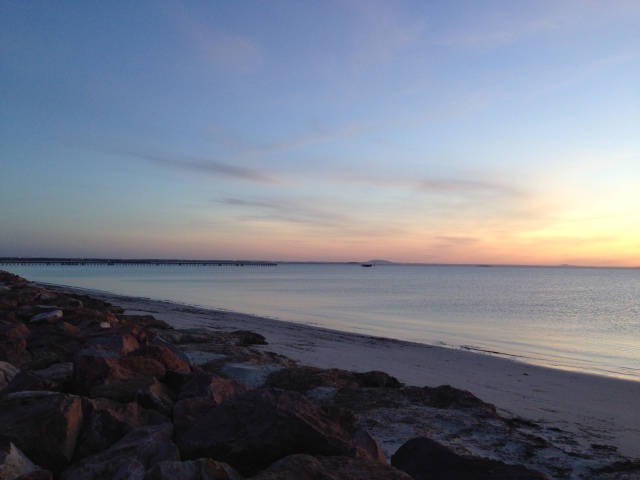 Eventually the birds came out and the sun was well and truly up.

So I walked back to the car, slightly freezing at this point in my nightie, thongs (flip flops) and hoodie. 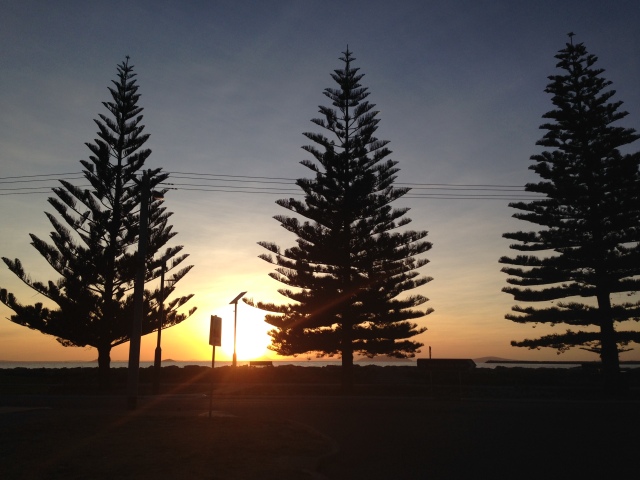 By then it was 5am so I did the best thing you can possibly do at 5am, which is go to the bakery for fresh croissants.

They were still warm. What a glorious morning, which never would have happened if not for the car crash yesterday. I might need a nap today though.

Hope you have a great day.

This entry was posted in Misc and tagged Car accident, Esperance, Sunrise. Bookmark the permalink.