The next morning everyone woke, surprisingly, not worse for wear. After hanging around in the kitchen reliving the previous evening’s exploits we went in search of food. We ended up in a cafe, but after sitting there for 10 minutes (and not being served I might add) we realised there was somewhere else we’d rather be:

On the foreshore, with drive-through fast food. 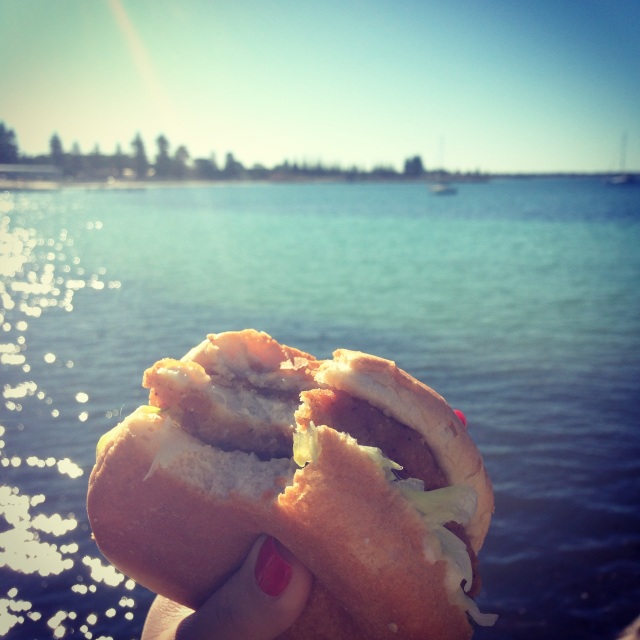 At least the view was good.

After downing Macdonalds and Red Rooster in the sunshine, a few of us decided a good old fashioned mountain climb would be a great idea.

We drove to Cape Le Grand National Park, about 55km out of Esperance. I’ve enjoyed Cape Le Grand’s unspoiled, pristine beaches many times, but never once ascended the 262m that make up Frenchman’s Peak.

What started as a gentle walk quickly turned into a steep, rocky incline. Wearing Converse trainers and no socks was a bad idea. 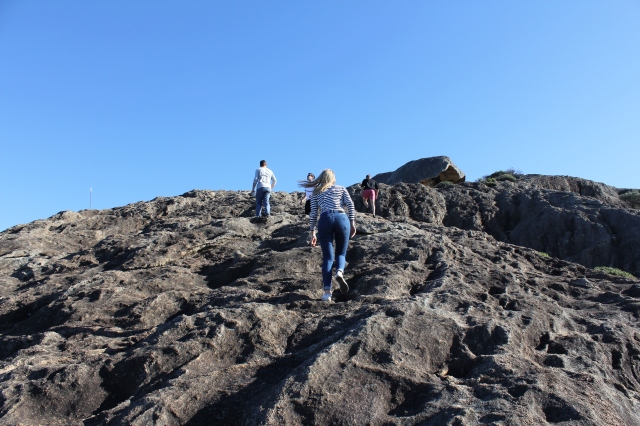 We made it to the first stop, base camp, perhaps? Which was a giant open-ended cave.

To get to the summit we had to edge around a deep incline, and scale another vertical (exaggerating? nah) climb.

The views from the top were well worth it. 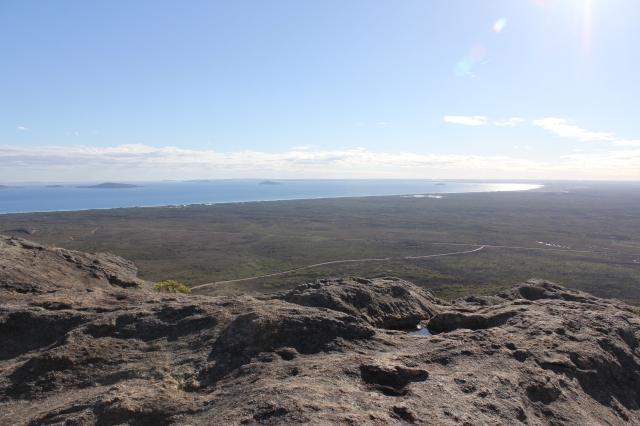 The self timer wins again.

The entire park is devoid of mobile phone signal, except it seems, at the very top of Frenchman’s Peak. So convenient. 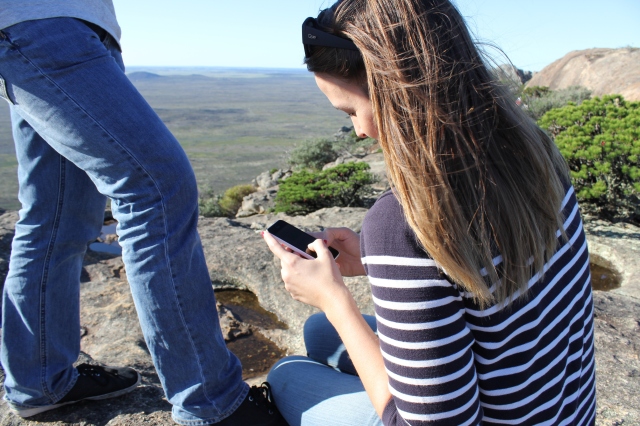 “I swear this is really important…”

The walk down was almost worse than the walk up. I am really not a nimble person, and to say I descended with the grace and agility of a mountain goat would be an outright lie. 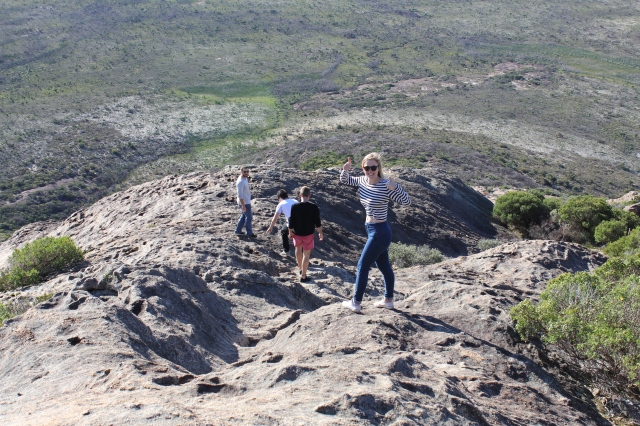 Claire seems to be enjoying it.

Apparently I looked like I was walking for the first time. Such supportive peers I have.

Arriving back on flat ground was quite a relief. We drove on to Hellfire Bay for a tranquil stroll to reward our mountain climbing efforts.

The peace was broken only by the horrible squeaking sound caused by the dragging of feet across super fine sand. “STOP IT!” I wanted to yell, but didn’t, knowing it would only egg certain people on… 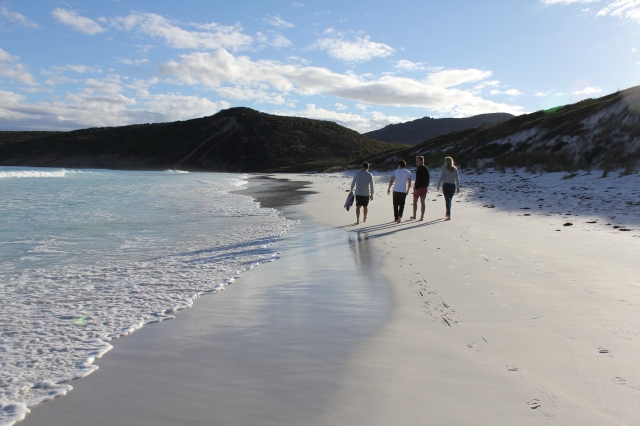 We got to the end of the beach and sat.

We drove back to the house and enjoyed an evening of curry and board games. And so ended my 14th trip to Esperance in 2.5 years! We’ll be back.