On the last evening of the Regional Arts Australia Summit a group of us went along to see the Spare Parts Puppet Theatre’s production, Farm. There were tears. And laughter. Farm tells the story of life on the land in Australia, from harvest to drought, to fighting bushfires, rogue kangaroos and soil salinisation. It was so cleverly done, with incredible puppets and these kind of raised flower bed type sets that could be rearranged around the stage. Definitely worth seeing if you can.

Later in the evening we went back to our favourite venue, the Krunchy Club. Shortly after we got there The Chipolatas started playing. Part band, part circus clowns, they were amazingly entertaining and talented. 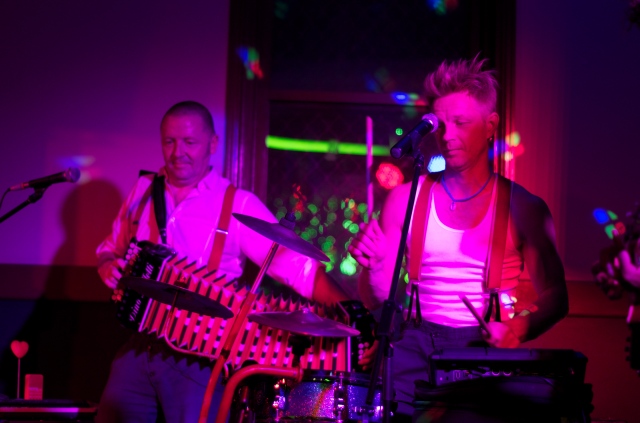 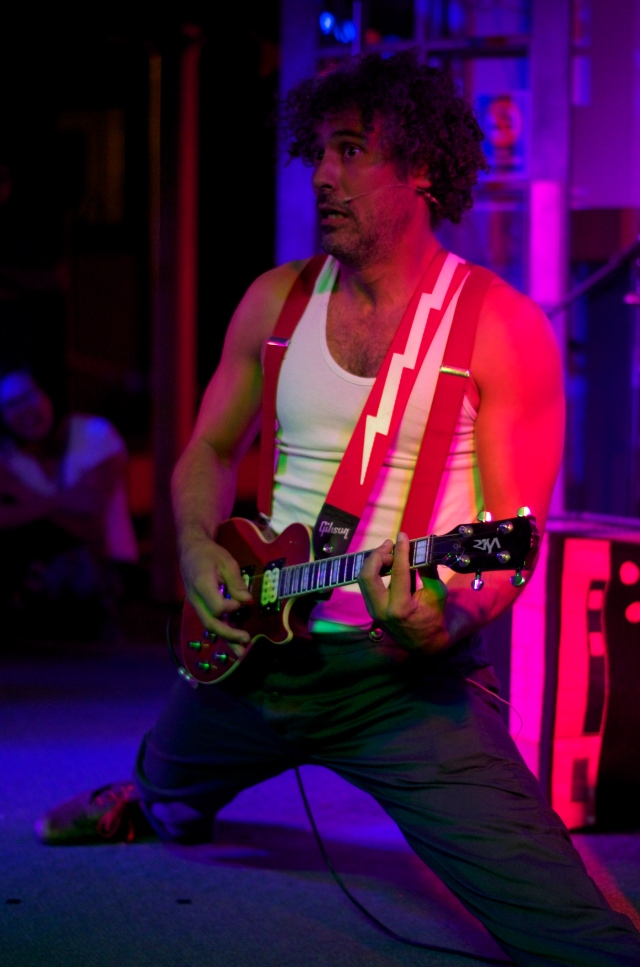 Do the splits while playing a mini guitar? Why not?! 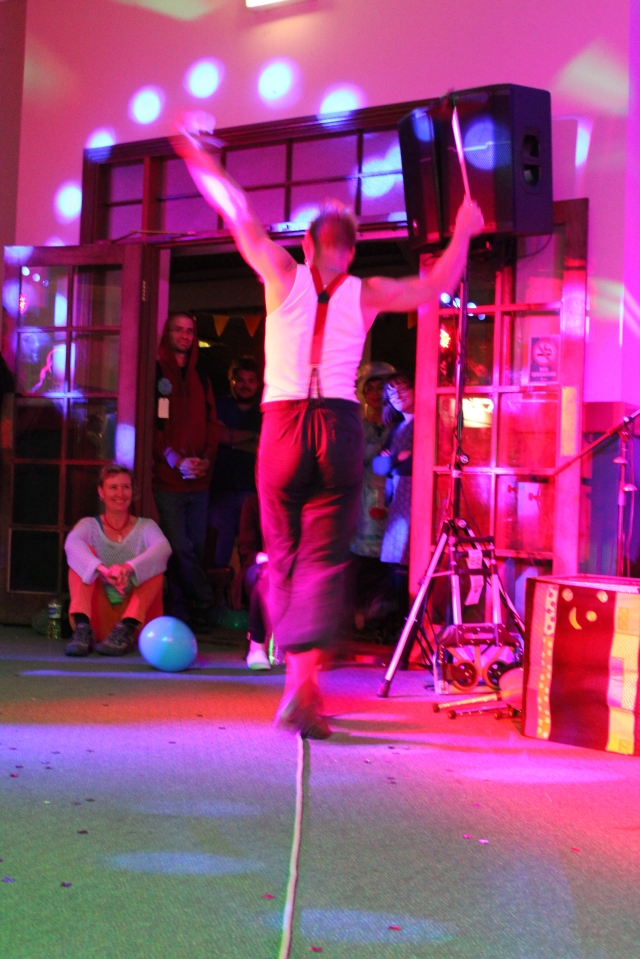 We then headed outside to watch the Gascoyne Circus do some stuff with fire, which had been rained out earlier in the Summit. 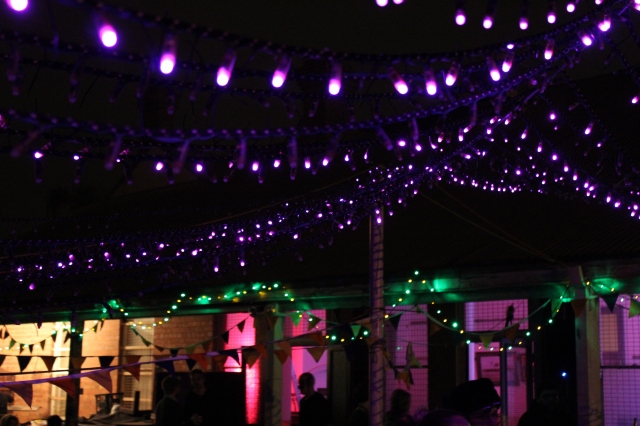 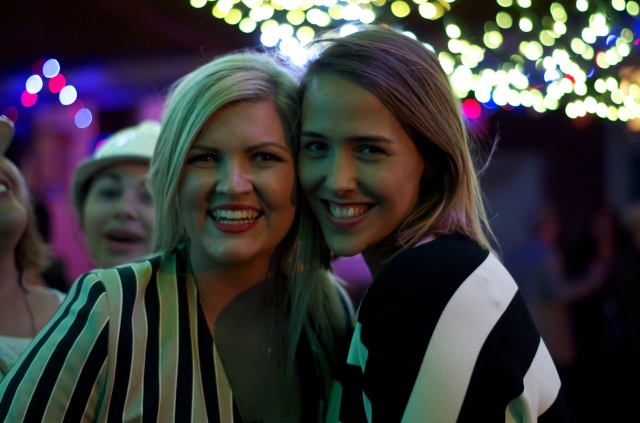 My housemate Bec and I #STRIPES4LYF 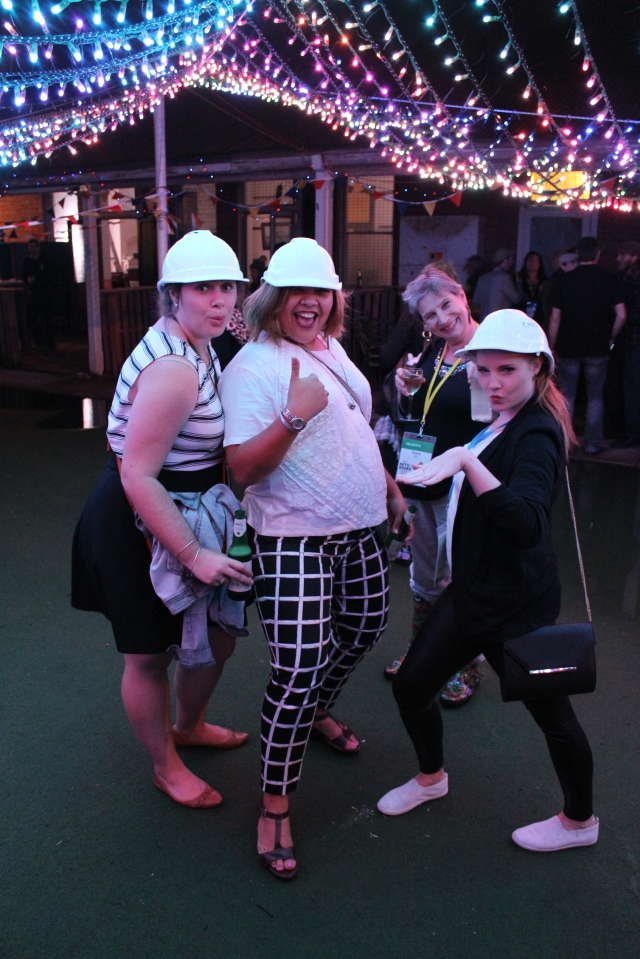 The performers got up close to us with the fire which was as amazing as it was terrifying. As well as surprisingly warm. 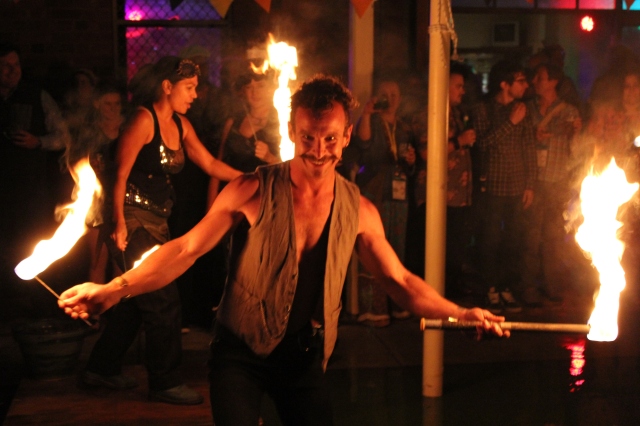 Who wouldn’t trust that face? 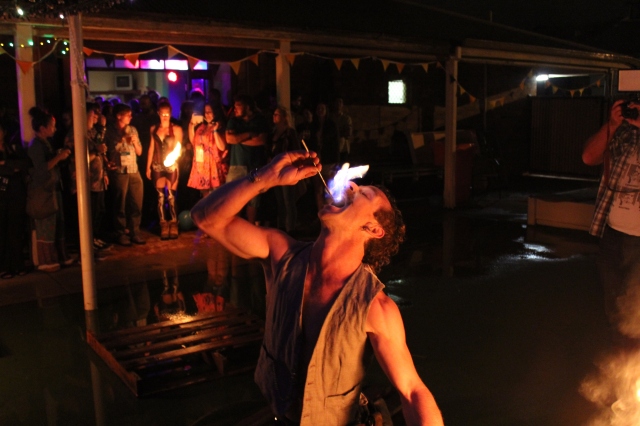 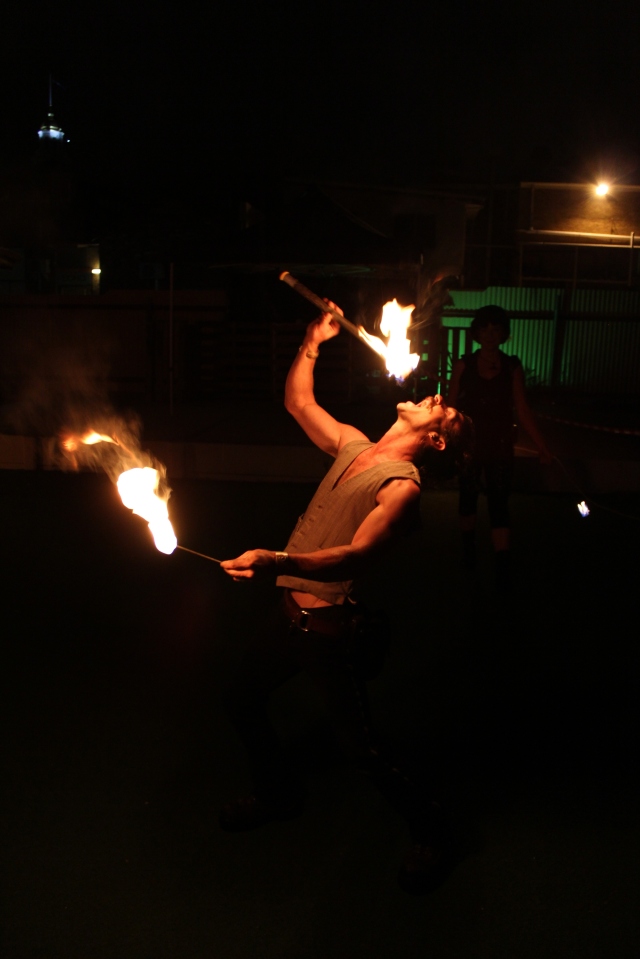 The show was dazzling (I’m starting to run out of adjectives). Not that you could tell by this highly amused looking bunch: 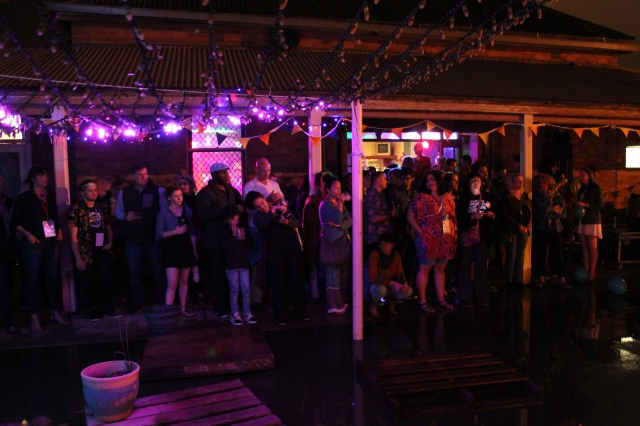 Emillee, Rosie, Kellee (all from the Create Tank team), my regular Emily, regular Bec and I were cackling pretty much the entire time though. 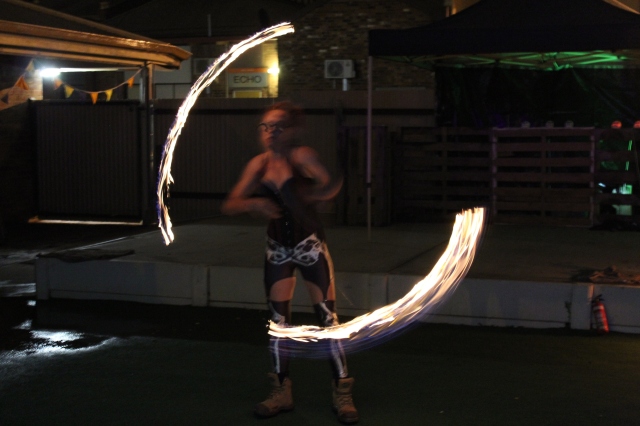 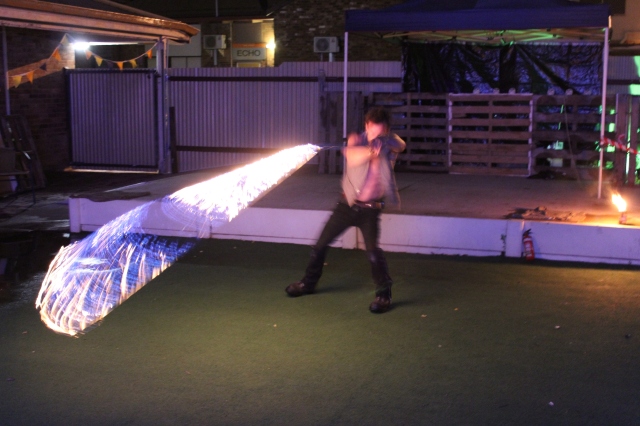 And just when I started to wonder how they could finish the performance with a bigger bang than we had already experienced, out came the fire rocket launcher. 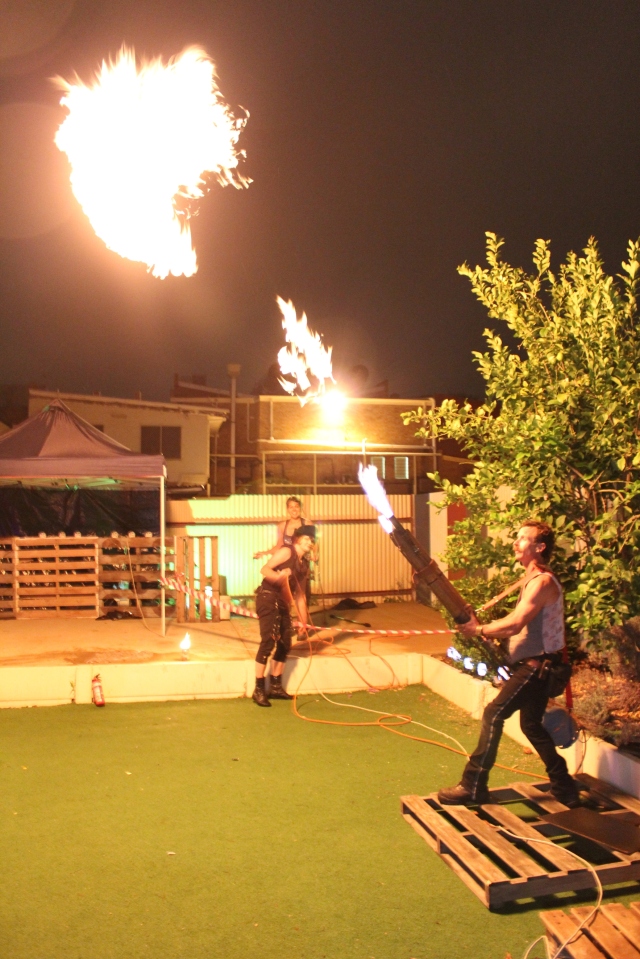 After that we boot scooted our little hearts out to a country band from Perth and then trotted around the corner to the Gold Bar. An excellent way to round out a week of incredible arts. And now Kalgoorlie is back to normal and I am missing my Summit friends and fun. Until next time.

This entry was posted in Art and tagged Kalgoorlie, Regional Arts Australia Summit. Bookmark the permalink.