Tasmania is as beautiful as people say it is 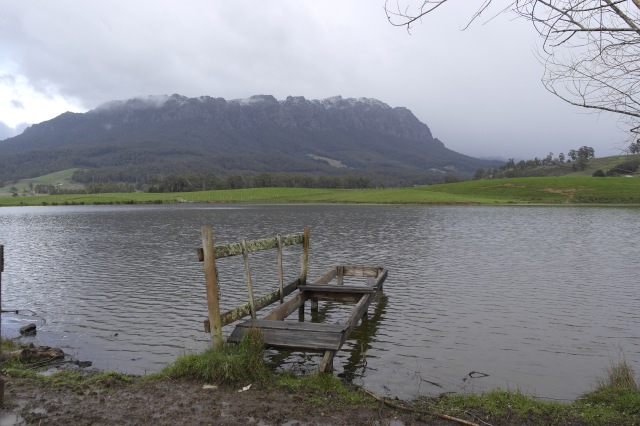 This isn’t even the best photo I have.

And just as freezing! Wednesday evening a week ago I flew from Melbourne to Launceston with my boyfriend, Andrew. We stayed for two nights with his parents Robin and Phil in the north for two nights before heading down to Hobart for another two nights. It really is a beautiful place. But it would be remiss of me to talk about Tasmania’s beauty without first giving mention to two of the island’s cutest creatures, Clio:

Eyes half shut, enjoying a pat.

Where was I? The landscape, right. So on Thursday morning, after an evening of delicious pork roast and wine the night before, we headed off to Cradle Mountain, stopping to admire (and photograph) some picturesque scenes along the way.

We reached snowy ground well before the lodge and by the time we got there it was coming down quite heavily. It was so beautiful and crisp and clean. For some reason it hadn’t at all occurred to me that we would get to see snow, so I was very happy. 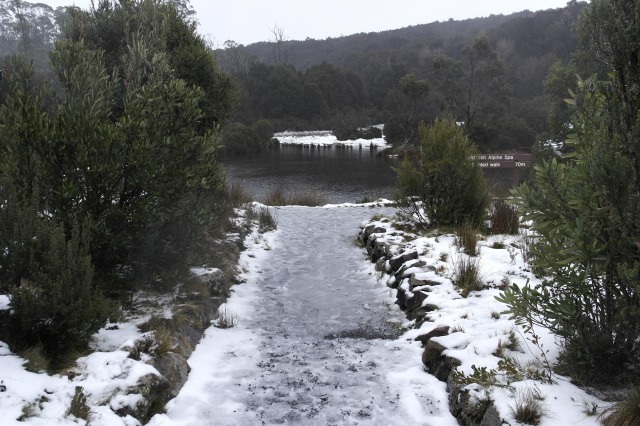 I asked Andrew how much I would pay him to dive into this water. He said $1. Cheap date!

The thing about snow is, it’s rather wet and cold, so we headed indoors for coffees. 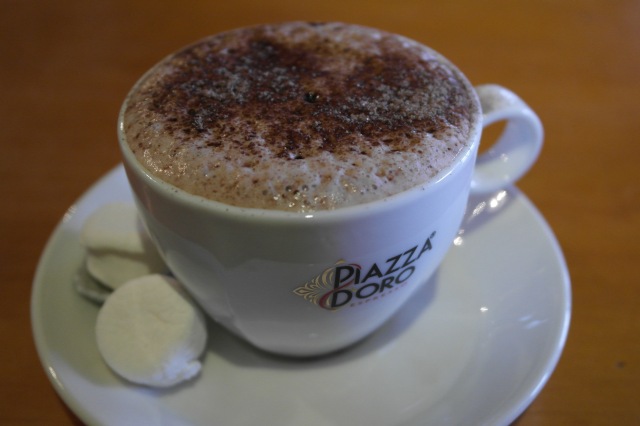 I had hot chocolate because MARSHMALLOWS 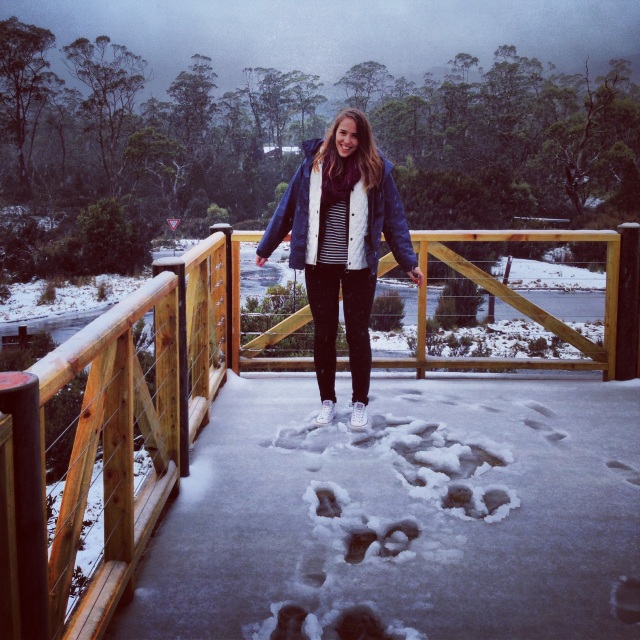 I have 3 jackets on.

After that we headed up to look at the iconic view of Cradle Mountain.

Unfortunately the weather was such that we couldn’t actually see the namesake cradle. 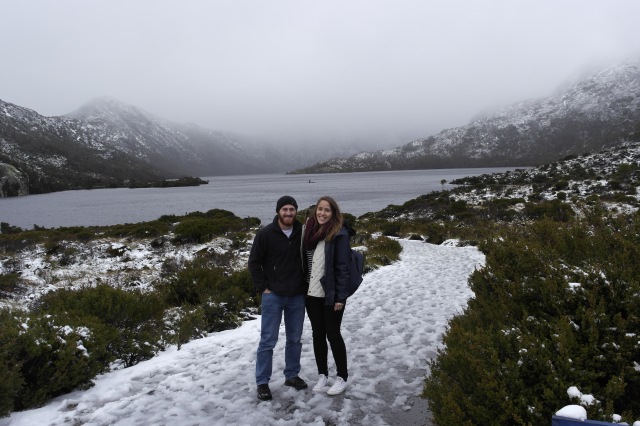 The cradle is behind us… somewhere…

BUT, and perhaps more excitingly, we could see the replica Olaf snowman someone had made!

“My name is Olaf and I like warm hugs!”

If you don’t know Olaf from Disney’s Frozen, first remove yourself from under the rock you’ve been living (well it is the fifth highest grossing movie of ALL TIME), and then click here. Whoever built him has done a great job and I love that they obviously thought ahead and brought a carrot nose along in their backpack. Such dedication.

Unfortunately our run-in with Olaf meant I had Let it Go (Frozen’s best and most popular song and no doubt the ire of parents everywhere) stuck in my head until… right now.

We saw some locals along the way. 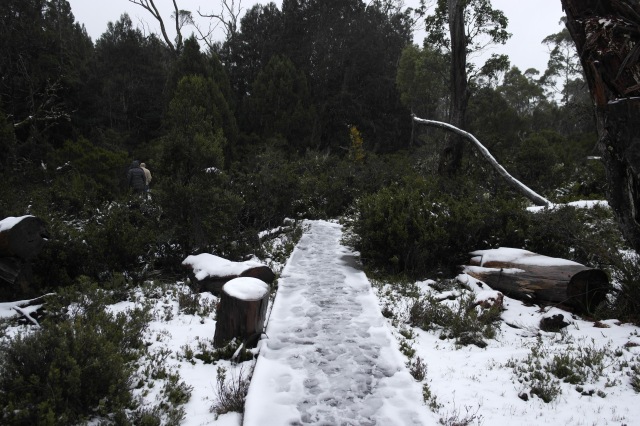 By this point we were fairly soaked through, so we headed back and out of the National Park and to a toasty tavern. The Moina Tavern, I believe.

We warmed up by standing near an open fire with glasses of port. So wintry. 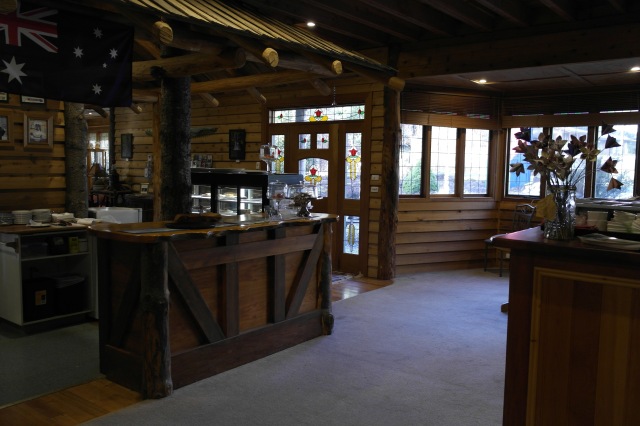 We moved onto dips, chicken wings and then mains, leaving everyone sufficiently stuffed.

As we descended the weather got nicer and we were treated to amazing views of Mt Roland. 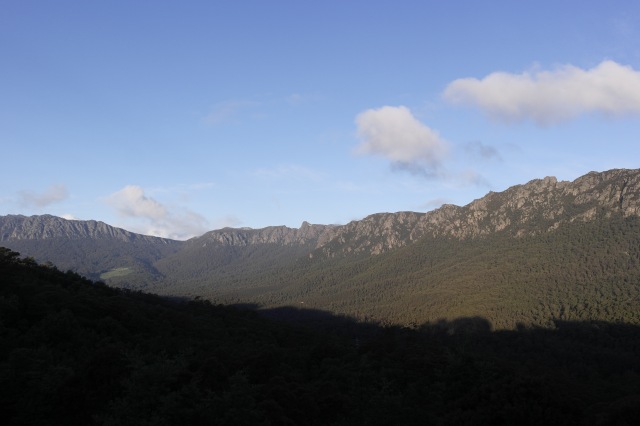 The view of Mt Roland from Sheffield:

Sheffield is known as the town of murals, which is appropriate seeing as it has over 60 of them. 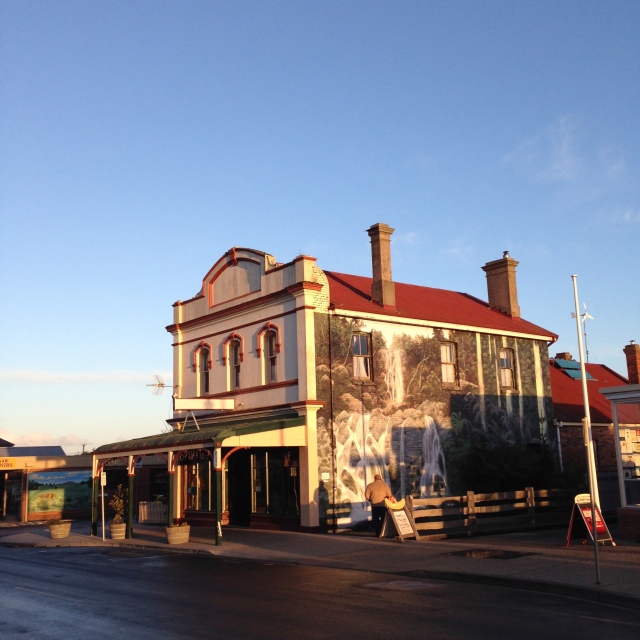 One of the murals.

As the sun set the temperature dropped further, so we headed back to the homestead for local Ashgrove Cheese and far too much local Anvers Chocolate in front of the fire.

What a delicious day. Thanks so much for having me Robin and Phil!

“The cold never bothered me anyway.”