Places I’ve been and hated

‘Hate’ is a strong word isn’t it? But ‘Places I’ve been but found underwhelming, no offence, I know I’m lucky to have travelled at all’ is not a very sexy headline. Far too wordy.

I truly believe that travelling is a privilege and it is very First World Problem-y of me to let rip on foreign cities I’ve been fortunate enough to visit. But who doesn’t love a bad travel story?! And really, I haven’t been many places that I haven’t enjoyed. In fact I couldn’t even think of more than three, so here they are: 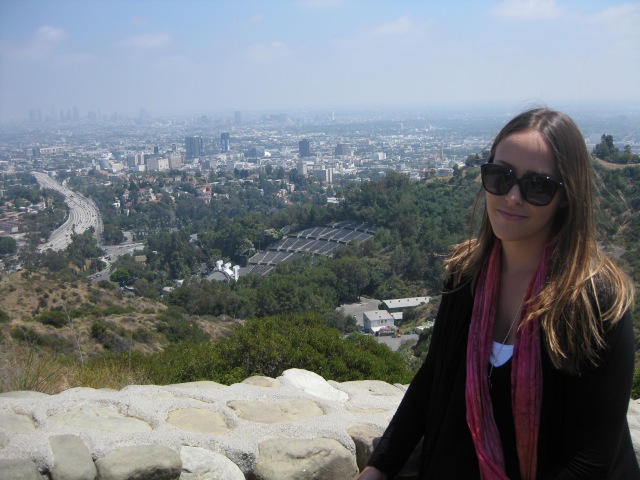 I think my expression here really says it all. LA was underwhelming and a few weeks later once I’d visited NYC I couldn’t fathom how there could be any competition between the two cities whatsoever. NYC wins. On a bad day. On every bad day. I just didn’t and still can’t understand what everyone loves about this place. The smog? The traffic? The tackiness? Sure Venice Beach and Santa Barbara are preeeeety good. But nothing mind blowing. I think it doesn’t help that I found the Californian coast to be much like most of Australia’s coast, so there was no ‘wow factor’ for me. Sorry LA, I don’t believe you got more bounce than anywhere else.

I need to preface this by saying that I take full responsibility for not liking Philly and I really believe that under better circumstances, I would love the place.

Basically my travel companion Kate and I drove in Philly and thanks to the failings of the GPS system in Shelby, our hire car, spent a good hour or two getting off and on the motorway. For some time we drove behind a car being towed that was letting off sparks: 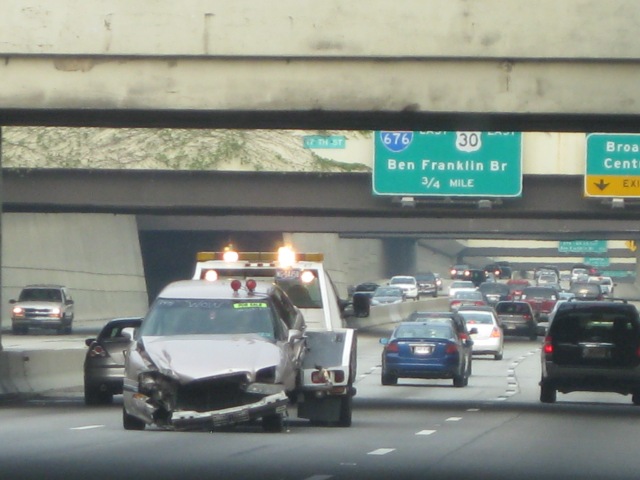 We eventually found our hostel which was out in the sticks and should really have been the set for Hitchcock’s Psycho. We went for a drive and ended up in a really bad neighbourhood where we didn’t feel safe stopping at red lights. AND I didn’t even get to try Philly cheese steak in Philadelphia. Disaster.

We did however find a very reasonable wedding banquet room rate, as long as the bridal party doesn’t mind schlepping in through a gas station. Book-marking this one for later.

Oh Bratislava. What can I say about you? You are about as exciting as you are attractive. At least your drinks are cheap. And you came in handy when EasyJet grounded all its flights out of Vienna pre Christmas 2010, but trusty Ryan Air chose to flout international aviation safety requirements and I was able to get to London via your airport. Thanks for that.

Where have you been and hated?

This entry was posted in Travel and tagged Bratislava, LA, Philadelphia, Travel. Bookmark the permalink.

4 Responses to Places I’ve been and hated