Car trouble and the Crater Man

I am now back home and blogging retrospectively about my holiday, whilst sick. What can I say? I’m a sucker for pain.

On our second and last full day in Savai’i, Samoa, we woke up and hit the beach immediately. Conditions were kind of perfect. 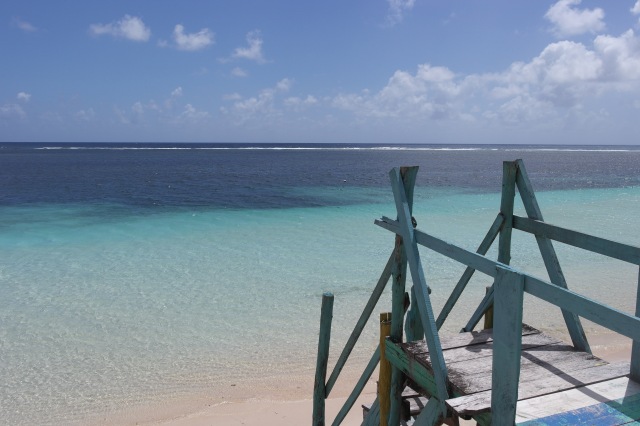 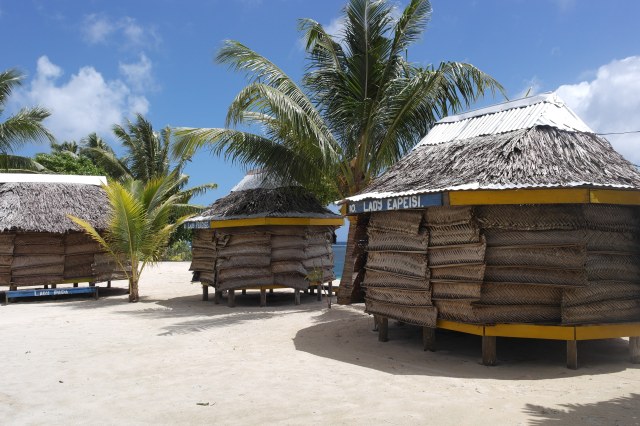 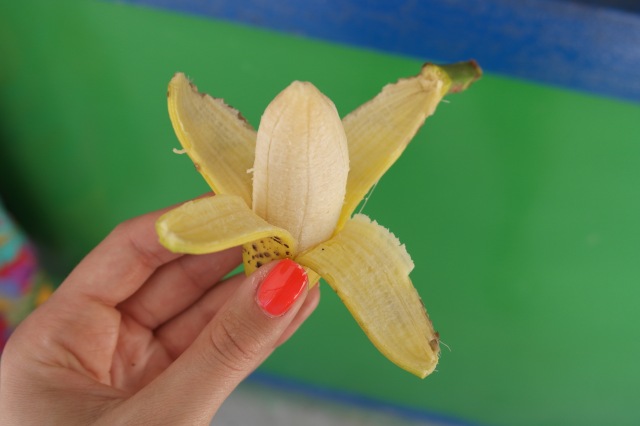 We decided to head up nearby Mount Matavanu to check out an old volcanic crater with our new friends Francesco from Italy and Mauro and Rodrigo from Argentina. We piled into Lisa-left-hand-drive-Lopez (aka The Car) and headed up a bumpy road towards the crater though scenery straight out of Jurassic Park.

Except for the cows.

Eventually we arrived at the house of the world famous Crater Man, the keeper of the crater. He had a third nipple and a limp my sister (with absolutely no medical experience) guessed was gout when pressed to come up with a diagnosis. 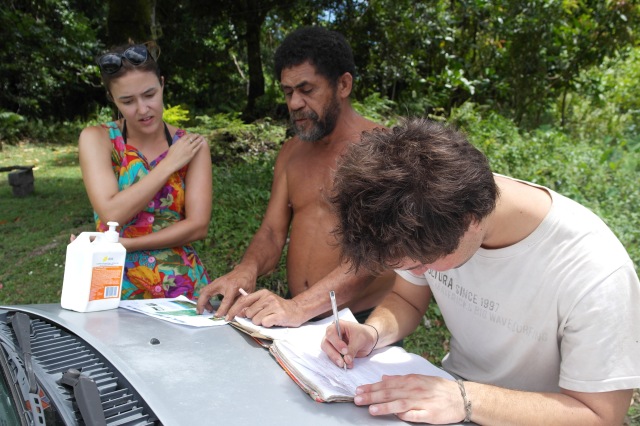 We ‘signed in’ paid our 20 tala each and enjoyed a cup of Koko Samoa, which is like a delicious coffee/hot chocolate hybrid.

We bade farewell to the Crater Man and his family and continued on our rocky way up the mountain. Lisa was spluttering from exhaustion and clearly not coping with carrying 5 adults and luggage up a fairly hideous road with the air-con on full bore. Our journey eventually (and dramatically) came to a halt when steam poured out from the bonnet and water gushed out from underneath the engine.

Trying not to think of cracked radiators and blown head gaskets we pushed Lisa to the side of the road and walked the rest of the way up the mountain. Here is where I will recommend wearing sturdy walking shoes because walking almost three kilometres up a rocky path left me with sore feet and legs for days.

We eventually arrive at this sign, the first indication that the Crater Man has quite a penchant for early 2000s text speak: 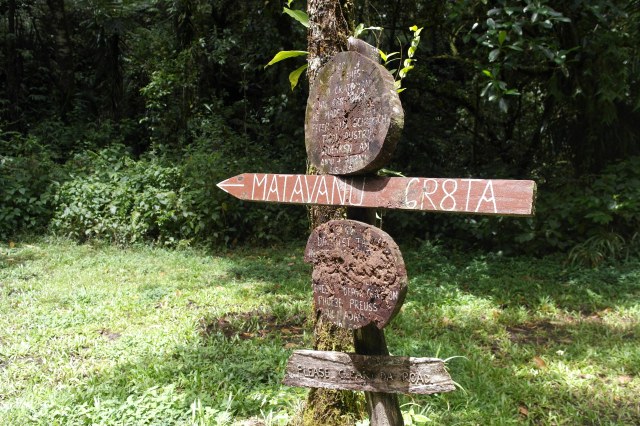 The sign pointed to a much steeper, muddier path covered with thick heavy tree roots. Thankfully it was also much shorter than the road we’d walked up because I was already more sweaty than I’d ever been in my entire life.

Eventually, we reached the top of the path and the edge of the crater.

Apparently Mount Matavanu (now dormamt, obviously) was active from 1905 to 1911 spewing lava down the steep hills. It’s hard to convey how deep and huge the crater is in photos, because it’s covered in trees and bushes. Just trust me, it was impressive. And nice and cool. 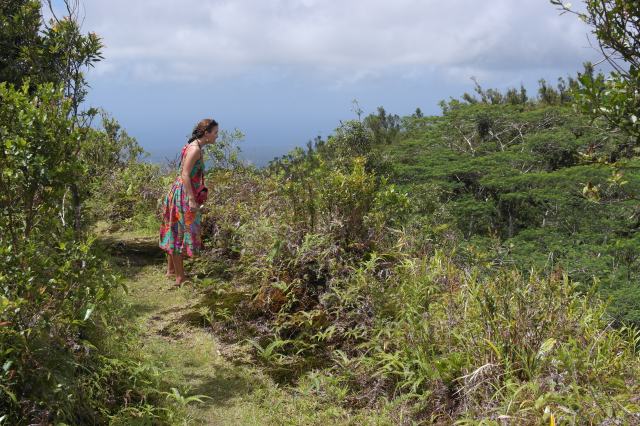 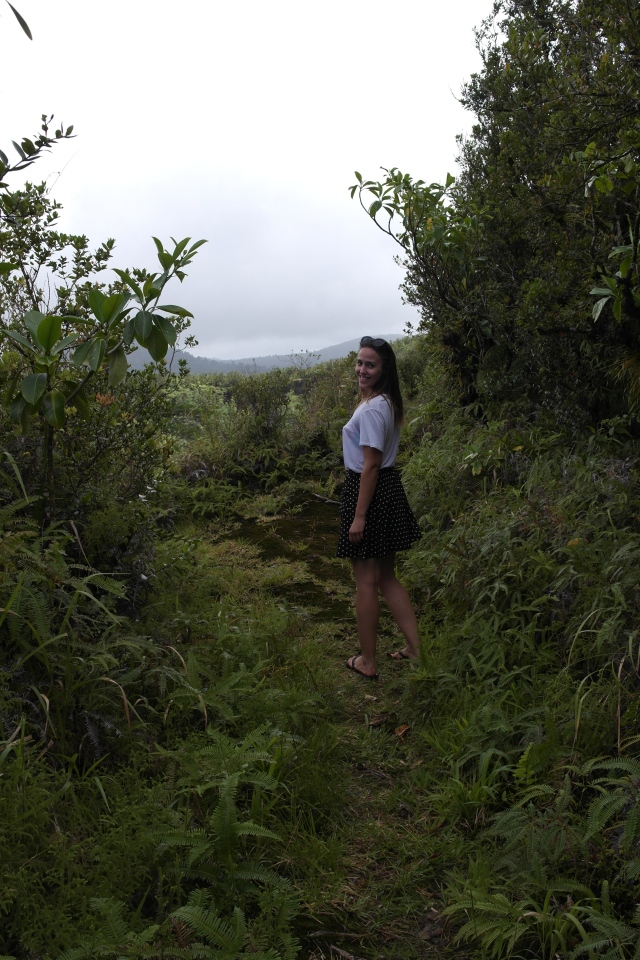 Eventually we moseyed on back down the muddy path:

And back down the road to sick Lisa. Thankfully Rodrigo was skilled in the automobile department and rolled Lisa back down to the Crater Man, who was or is a mechanic of sorts.

Apparently it was the air conditioning hose that had caused the problem, so the Crater Man rigged up a replacement and told us to get it checked out when we were back in Apia. We said our goodbyes and a many thank yous and rolled down the rest of the mountain and back onto the road.

By that time it was 4:30pm and we were all starving and thirsty and needed lunch. So we headed for Leilinas Pizza for a celebratory ‘we made it back from the Crater’ meal. 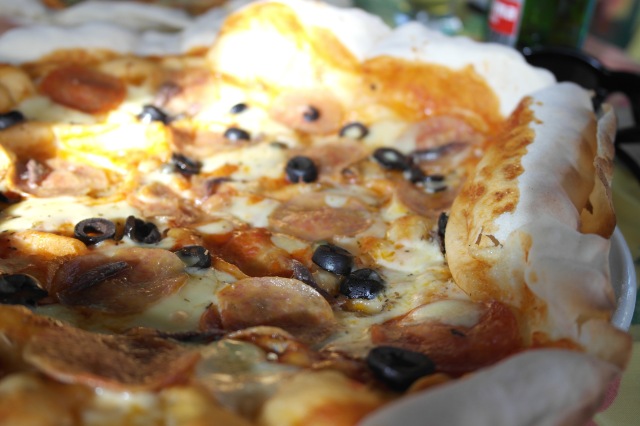 We got a final team photo with Lisa: 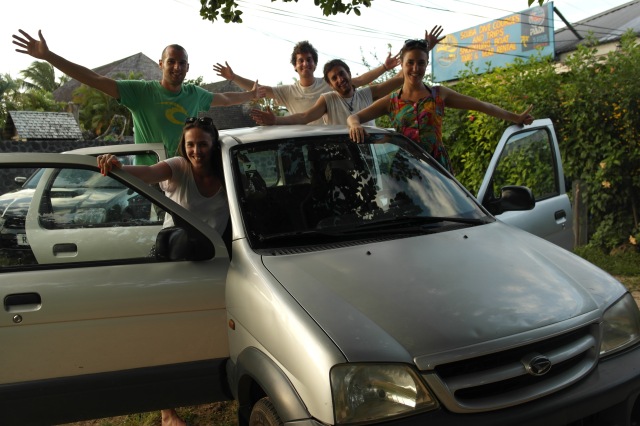 Said goodbye to our new friends and took off towards our accommodation near the wharf as the sun set.

The next morning we got up before the sun to catch the ferry back to the ‘big smoke’.