We wound around the coast of Savai’i in Sarah and Nick’s car, Lisa (Lisa left-hand drive Lopez). Around every corner was an amazing new vista- craggy cliffs, pristine water, a thousand palms, I kept yelling ‘STOP!’ so I could take photos. Thankfully the sleepy traffic meant there was never anyone on the road and we could stop as we pleased.

We got to Falealupo Canopy Walk, paid our $10 (Australian) or so and a local guide took us to a scary looking metal spiral staircase. I have a mild fear of heights and was pretty darn petrified. At the top of the stairs was this:

Those are ladders, joined together and covered with planks of wood. It felt pretty sturdy, but with the wind up there it was bloody scary. On the other side was the most impressive tree house I’d ever seen. Tiny stairs wrapped around the tree trunk until they reached a platform. The view was of the tops of other trees. It was calm and breezy and definitely worth the climb.

I was pretty happy when we reached the bottom. Sarah tried her hand at Tarzan-ing and failed. 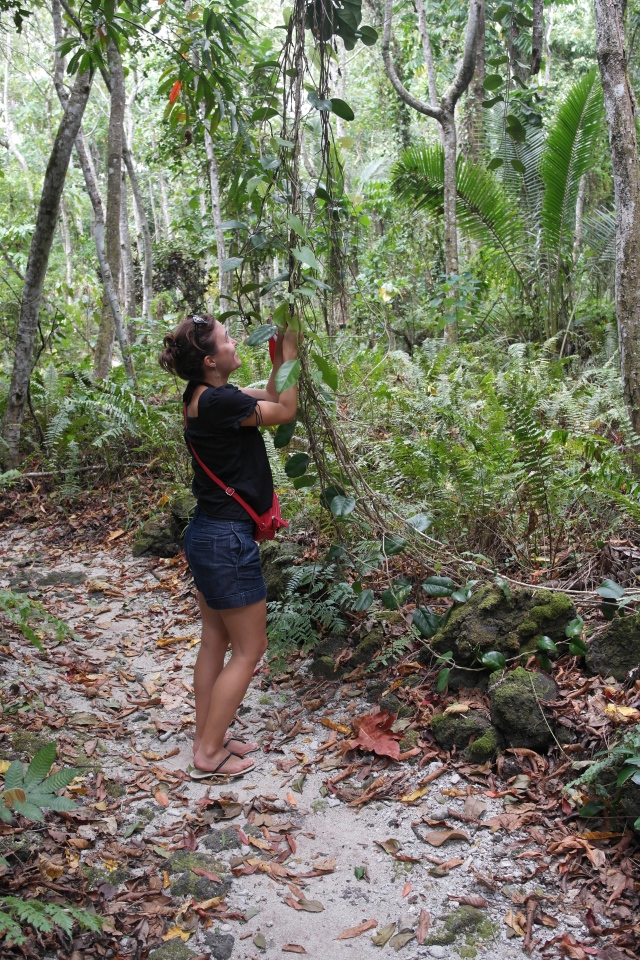 Around the corner from the canopy walk was Moso’s Footprint which we had been told was included in the canopy ticket. As soon as we stopped the car a young woman told us we would have to pay 10 tala (about $5) for parking, a slightly ludicrous idea seeing as there was ample space and not another car in sight. So we said we would move the car and she just shook her head and said ’10 tala’.

It was clear we weren’t getting out without paying, so we begrudgingly went over to look at the footprint. It was pretty underwhelming, just a metre long indent in the rock that looked somewhat like a footprint. The woman pointed to the big toe and said “that’s the big toe”. Apparently the other footprint is in Fiji. Haha it was so lame I didn’t even take a photo. Pretty hilarious.

We drove on, stopping to look at deserted beaches.

It is customary to pay the local village to use their beach, which they clean and clear coconuts from the trees so they don’t fall and conk you on the head. At one beach different people would came up to us and try to get us to pay more than once, which was amusing. 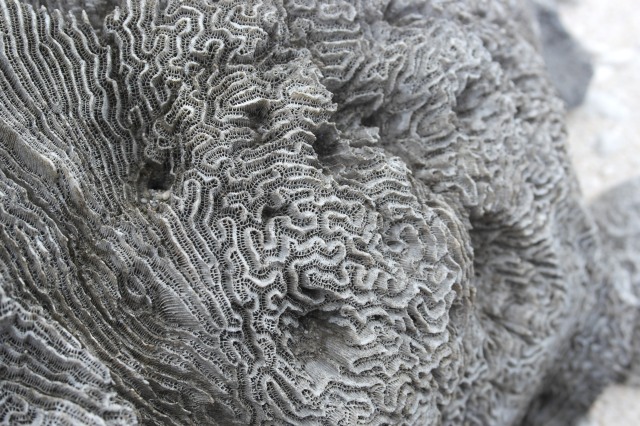 We found an empty fale and set up our modest picnic for lunch.

Taro chips are probably my favourite Samoan food. They are like regular potato chips, but made with the root vegetable, taro, which when cooked other ways is pretty average. I have a huge bag to take home with me.

How great are the buses?! Most of the cars and buses have hilarious and nonsensical writing on them.

We got back to our accommodation and hit the beach. That night we had plenty of Vailimas (the local beer) with some backpackers from Argentina and Italy.

Are you booking your holiday to Samoa yet?

This entry was posted in Travel. Bookmark the permalink.