We drove through countless villages, saw many churches, adorable pigs and farm animals and waved at just about everyone we saw.

Eventually we got to Tanu Beach Fales in Manase and enjoyed a welcome coconut. 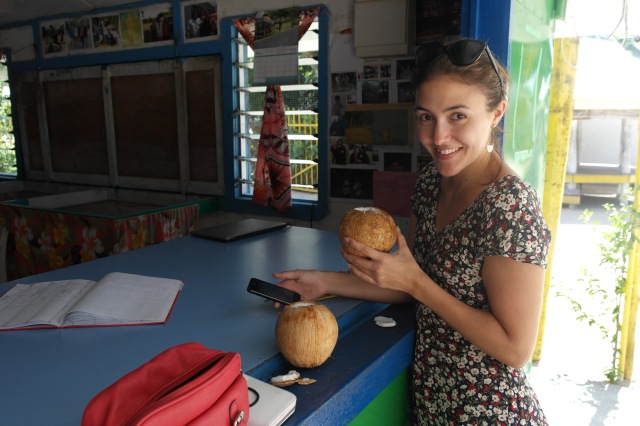 Then we were shown to our Fale, which was right on the water’s edge. 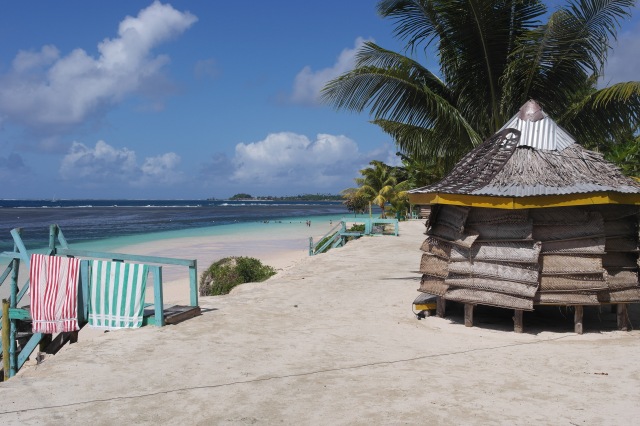 Below is a really awkward photo of me, I was in the middle of applying sunscreen to my back so it looks like I only have one arm. But it’s a good photo of the fale. A fale (meaning ‘house’) is a structure with wooden posts and no walls. It allows natural air flow and wooden blinds on the sides made from coconut leaves can be lowered if it rains. Inside the fale are two mattresses and mosquito nets, and a light. It’s simple living at its best. 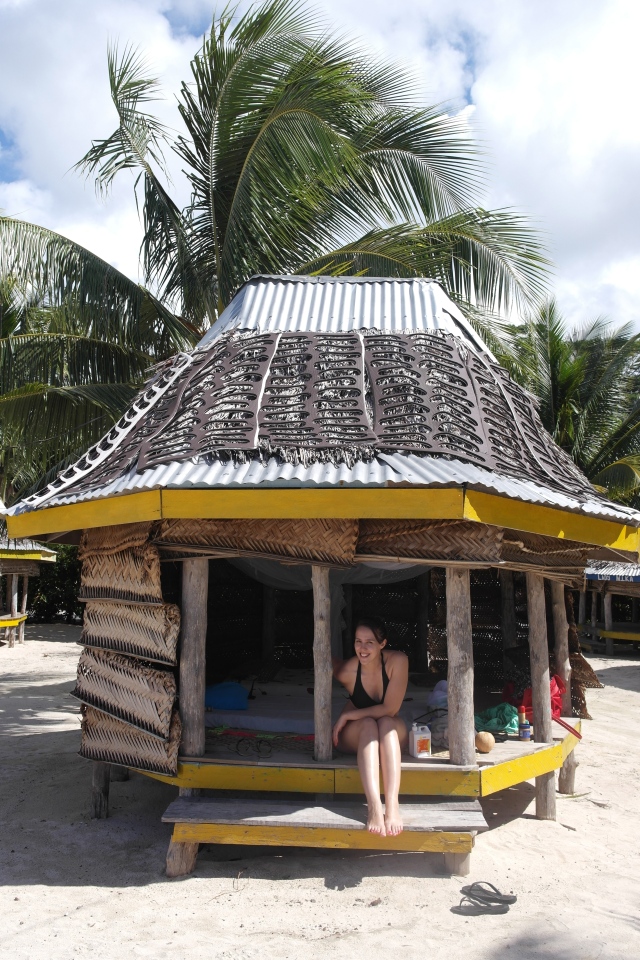 We spent the afternoon on the beach before hitting the bar for some cocktails.

That night we had dinner at Tanu’s. The breakfasts and dinners are all communal and are included in the price of accommodation (about $35 Australian a night). It was a mixture of interesting Western and Samoan foods. Exhausted, I fell into the fale to sleep.

The next morning we emerged from our fale, had a swim and then breakfast:

That thing at the front was kind of like a deep fried samosa with ham and creamy stuff inside. It wasn’t too bad. Just as breakfast was wrapping up it poured with rain. But 10 minutes later it looked like this: 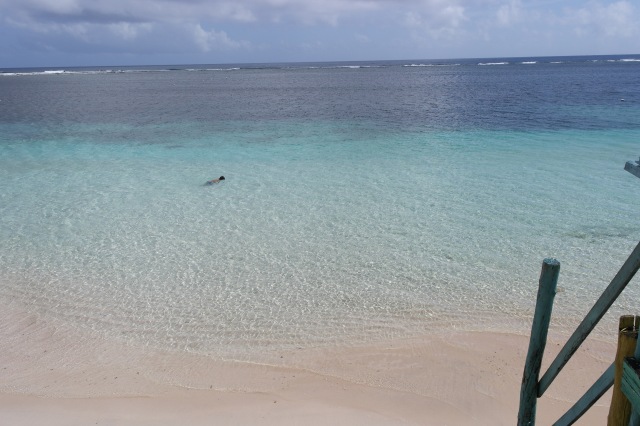 So we set off to explore the island. 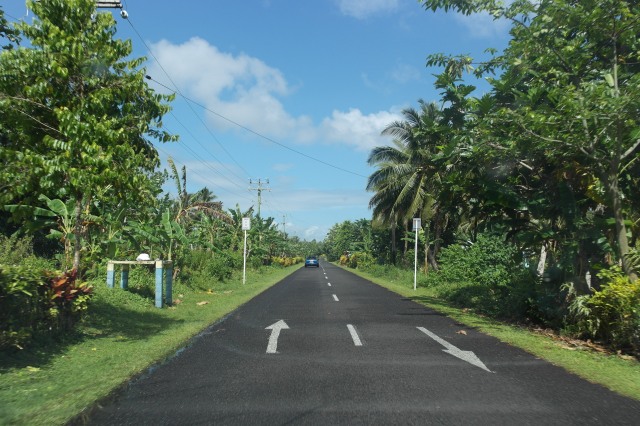 On the way we again passed many crusty churches: 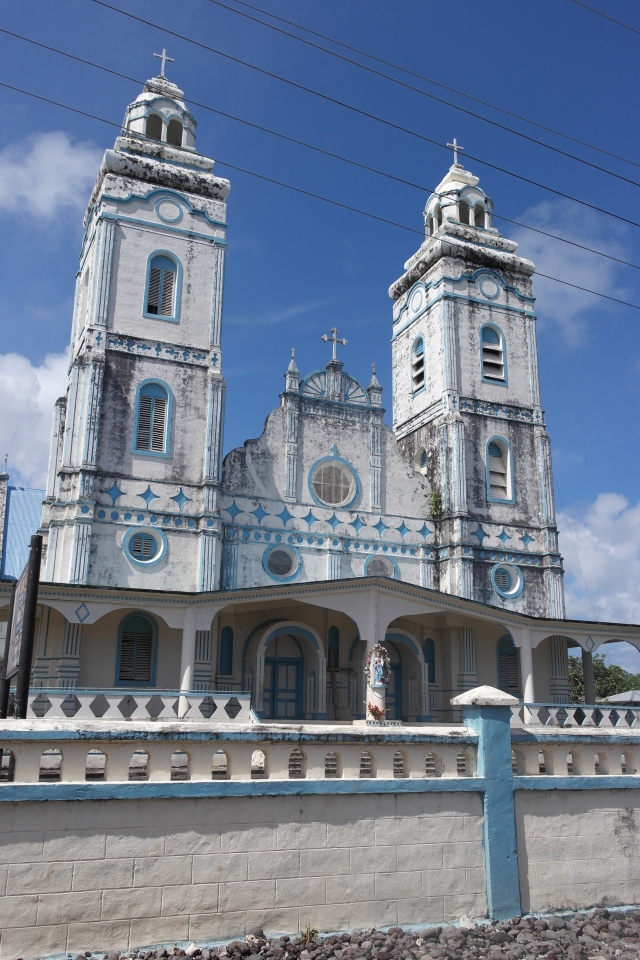 Plenty more to come but I have to run before my internet runs out! Sorry about the uninspiring words. I’m not feeling very ‘wordy’.

This entry was posted in Travel and tagged Samoa, Samoa Travel Blog, Travel. Bookmark the permalink.