5 of the Most Awkward Moments

This happens to me a lot. I set myself up on the couch to watch one or so of the 15 episodes of S*x and the City I have saved on IQ, and without fail, just as one of Samantha’s particularly gruesome s*x-scene commences, one of my parents walks in. Let the awkward times roll. Where to look?! The only solution is to switch immediately to the news, as pausing the episode only aggravates an already tense situation. Other futile actions; laughing awkwardly, attempting to make conversation (not even the most riveting discussion can dull the Samantha’s operatic screaming) or pretending nothing is awry.

(EDIT: I’ve taken the ‘e’ out of s*x due to the number of hits this post has received from people searching for explicit content which I clearly do not provide!)

A comprehensive explanation of the ‘shug’ can be found here. Basically, ‘upon being introduced or greeting someone, one party will go for a handshake, and the other a hug; the result is a painfully awkward shug, sometimes with up to three stuttered attempts to create a full hug’ (Thank you Nilo, for your extensive work on social awkwardry). There are plenty of variations on the shug, the worst of which in my opinion is when one party goes for a hug, the other for a kiss on the cheek (that’s often me), resulting in a horrifically intimate ear/neck kiss. 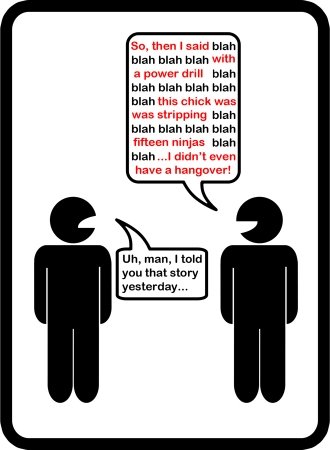 Storytelling is riddled with potential for awkward land mines. Commonly, you’ll start telling an amusing anecdote and whilst mid-sentence, the ‘listener’ retorts ‘You already told me that’. Boom. Shut down. There’s no recovering. My sister often does it to my dad. Worse than this is when you start telling a story only to be told mis-sentence that you’re repeating a story the ‘listener’ in fact, told you in the first place. Anecdotal plagiarism, pretty bad. But the worst is telling a story you were sure was hilarious, only to have it fall flat and be met with blank stares, then comes one of the most awkward statements known to man: “I guess you had to be there….”. Ick.

Or more accurately- post-fall behaviour. So you’ve hit the floor, damn. What makes the difference now between slightly embarrassing mishap and all-out public humiliation is how you conduct yourself post-fall. It’s a common misconception that laughter is the best response, wrong. Laughing is just about the most awkward possible reaction. Just get up, brush yourself off, try not to cry from the shock and carry-on. 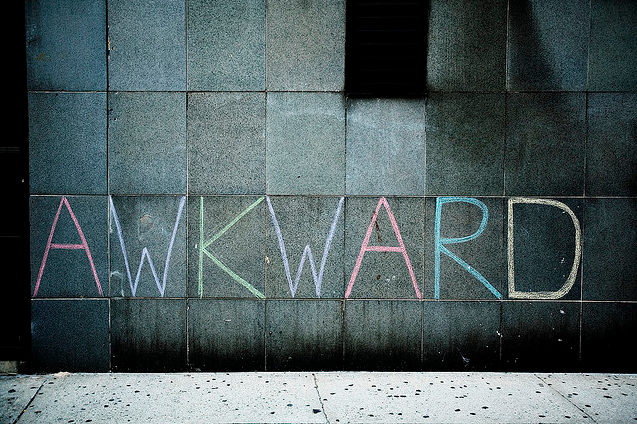 So a conversation topic has reached its natural end-point, but a lull in conversation need not be awkward at all. It’s only until some socially-inept loser announces “Awwwkward!” that the situation becomes dire. It wasn’t awkward at first, but gee, it sure is now! The solution: avoid people who do this at all costs.

There are thousands more cringe-worthy moments, feel free to add yours!

6 Responses to 5 of the Most Awkward Moments