Cuba: Havana to Viñales and back again

I apologise in advance for the glut of photos in this post. I couldn’t help it! Cuba is one of those outrageously photogenic places where you have to have your camera in your hand at all times. Around every corner is a postcard worthy vista.

I mean, have a look: 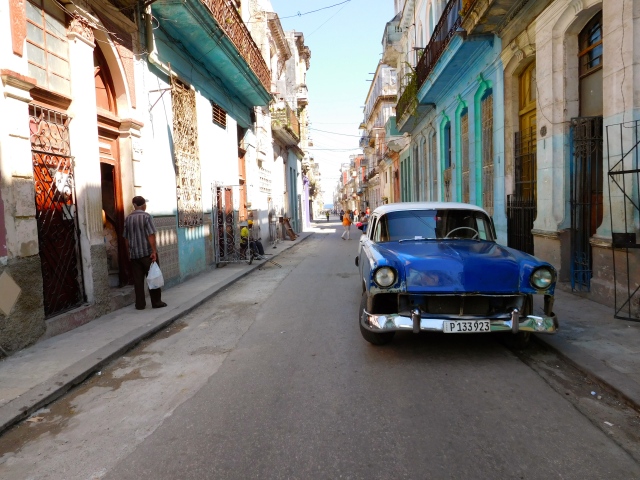 It’s as though the place has been strategically styled, but left to deteriorate rather a lot.

We only spend 7 days in Cuba, which surprisingly was enough. I think if we had gone earlier in our trip and were not quite as fatigued we might have been left yearning for more. But as things were, 7 days was enough to soak up Havana, visit the tobacco growing region and see a perfect Caribbean beach. All the things we wanted. 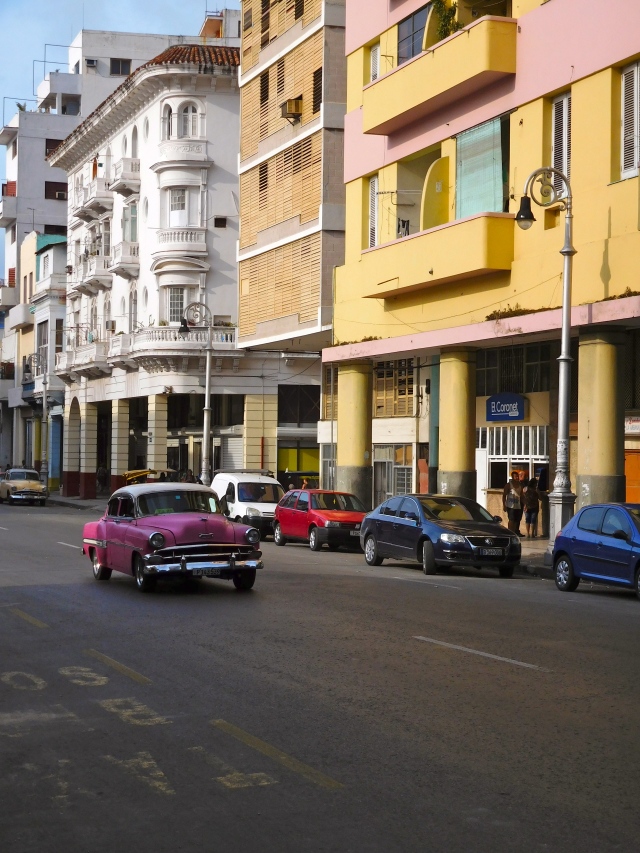 As I mentioned in my last post, we stayed in Centro Habana which is a local neighbourhood outside the tourist district. A tad more ‘authentic’ dare I say it.

A mural on our street

The old town, packed with tourists, looked more like this:

There are lots of entrepreneurial people in the old town, including regular buskers, but the premiere job for stylish ladies of a certain age is to sit and pose for photos with a big fat cigar: 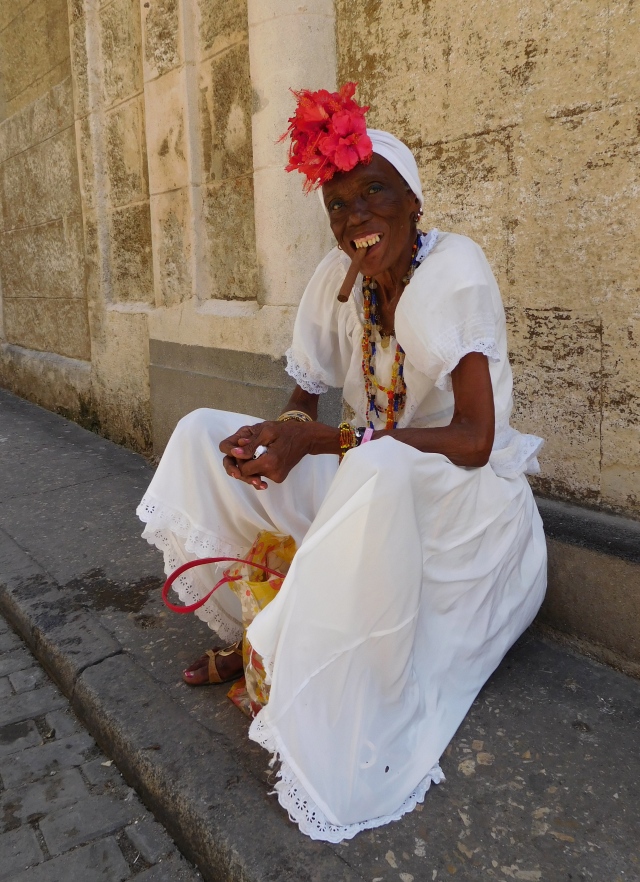 I’ve tried to look up the origins of the cigar lady, but my research has yielded nothing. It’s a super touristy thing to do, but I couldn’t resist getting a photo of the lady above. 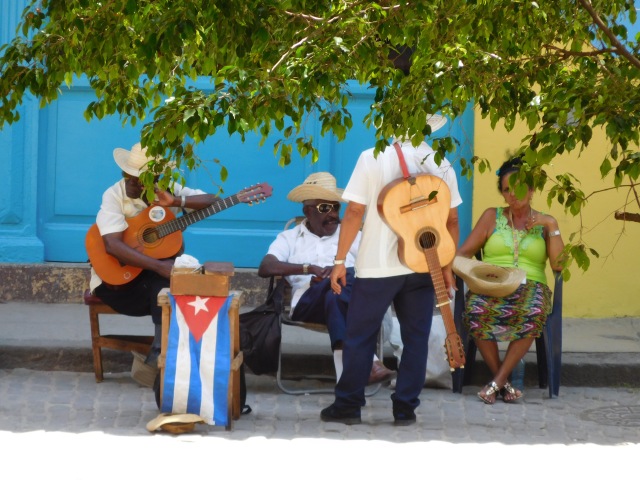 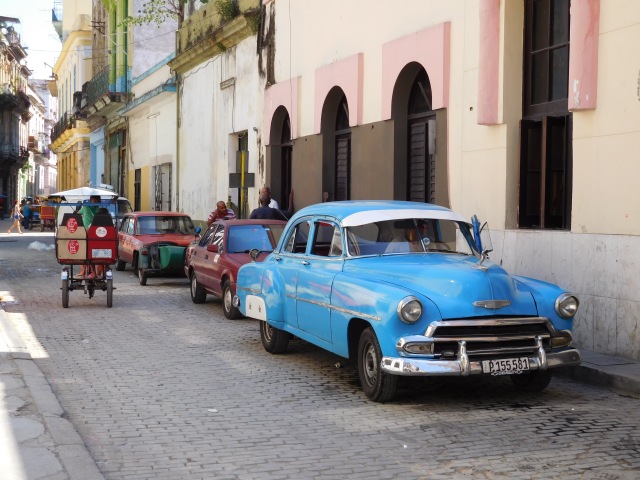 Flower ladies, a younger version of the ‘cigar lady’

The Cuban parliament, modelled on America’s Capitol Hill but bigger (so I’m told) 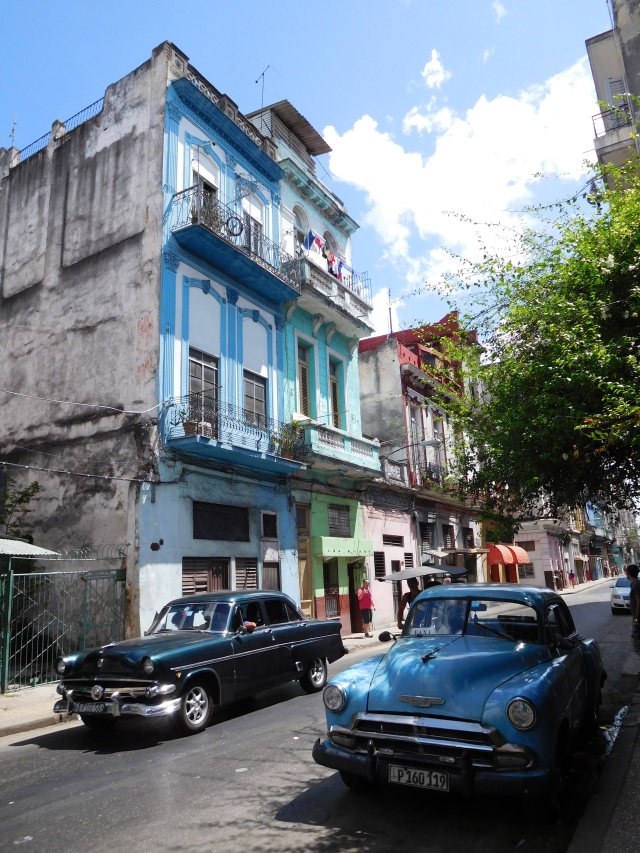 Love the hanging meat in this pic 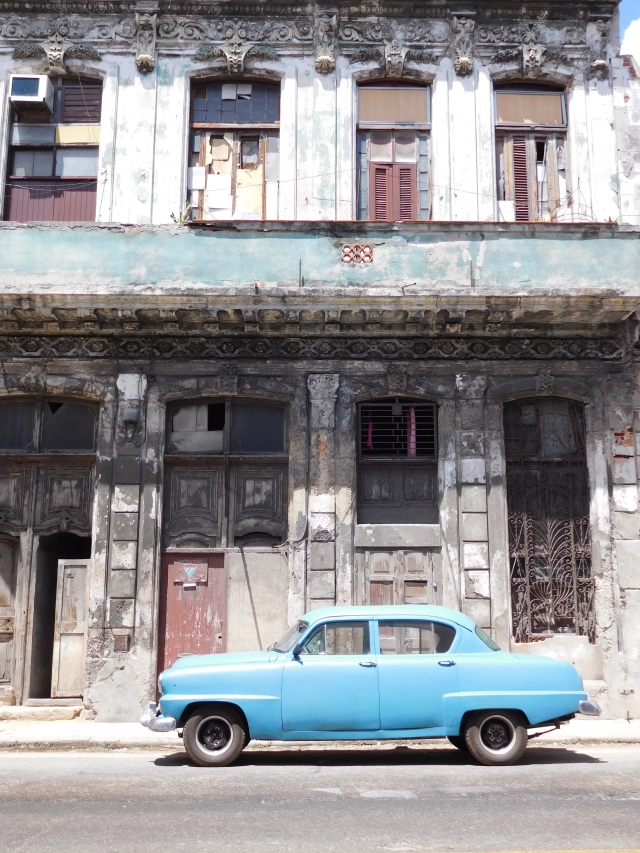 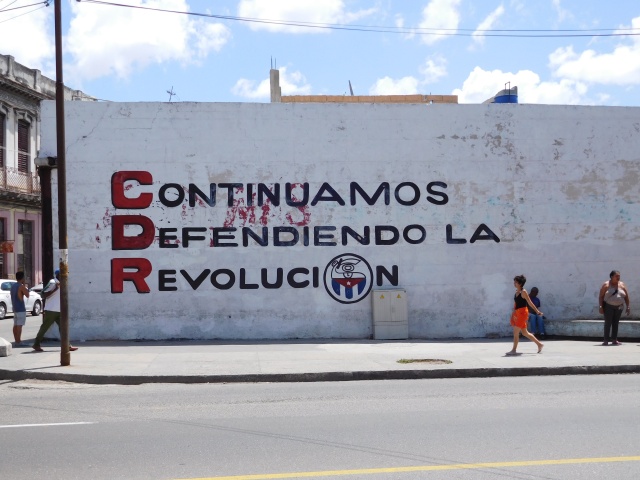 ‘We continue to defend the revolution’ 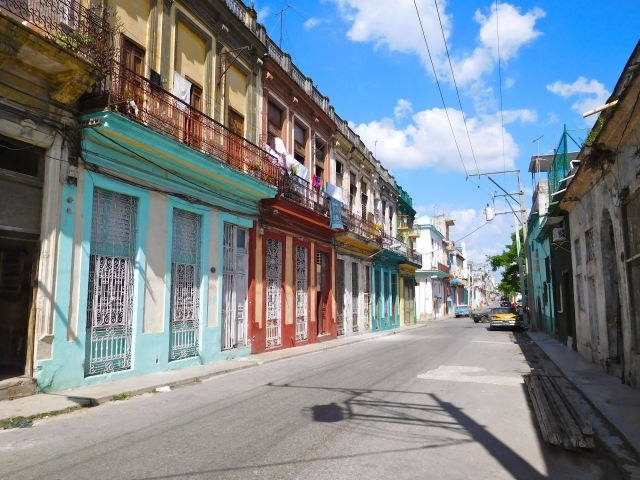 Andrew getting a trim

I actually think it’s the best haircut he’s had since we’ve been together! Cuban men have pretty stylish hair

After three nights in Havana we ventured to the tobacco district of Viñales. A big group of us from the hostel took a two car convoy. I was feeling a tad under the weather thanks to a number of free poured $2 mojitos from the evening before. 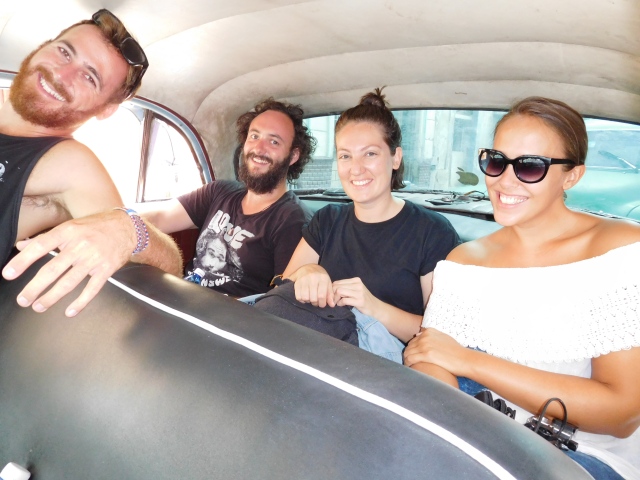 What should have been a two hour journey to Viñales blew out to five long hours of frequent random stops (at one point the other car in our convoy stopped to deliver rum to an on-duty police officer?!), breathing in exhaust fumes, enduring blaring salsa and reggaeton music and copping a constant face full of wind from the open windows. But then again, it could have been worse: 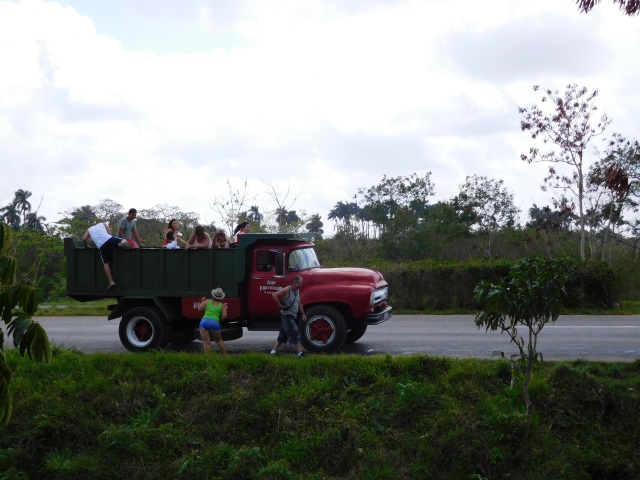 Still, not the greatest hangover cure. When we first caught a glimpse of the tobacco fields and the mountain ranges, it was all worth it. 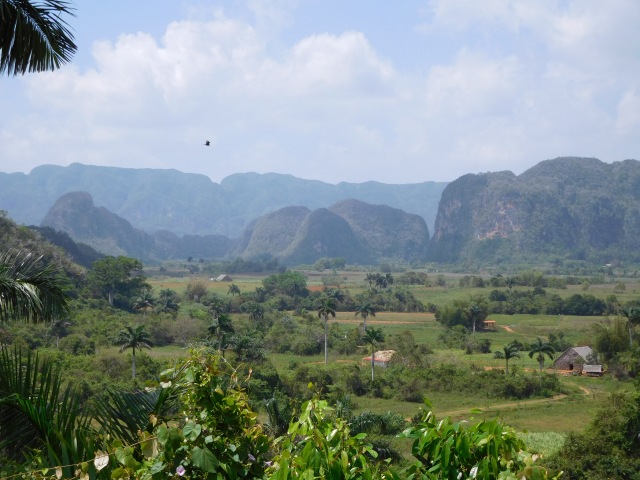 It was around this moment that Andrew and I realised it was our two year anniversary. Yay! 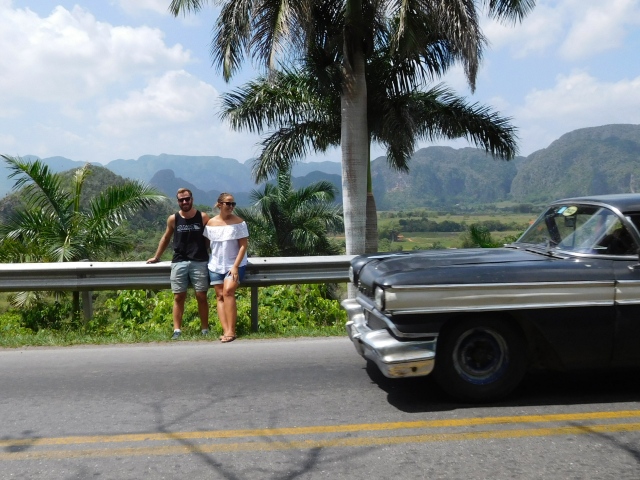 When we arrived we checked into a casa particular, a sort of home-stay/B&B which is the most common form of accommodation in Cuba. 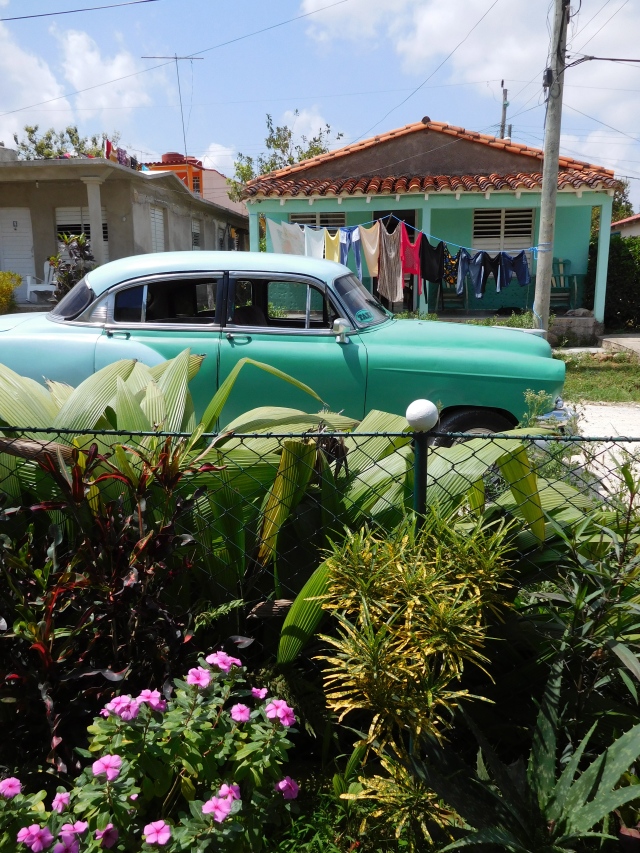 All of the casa particulars were brightly coloured houses with rocking chairs on the front porch. It was great to sit out there and watch the streets come to life in the evenings. Who needs the internet when you can watch the commotion among neighbours caused by an escaped parakeet, a child being scolded for not going to bed and sing along with a group of guys playing their guitars? 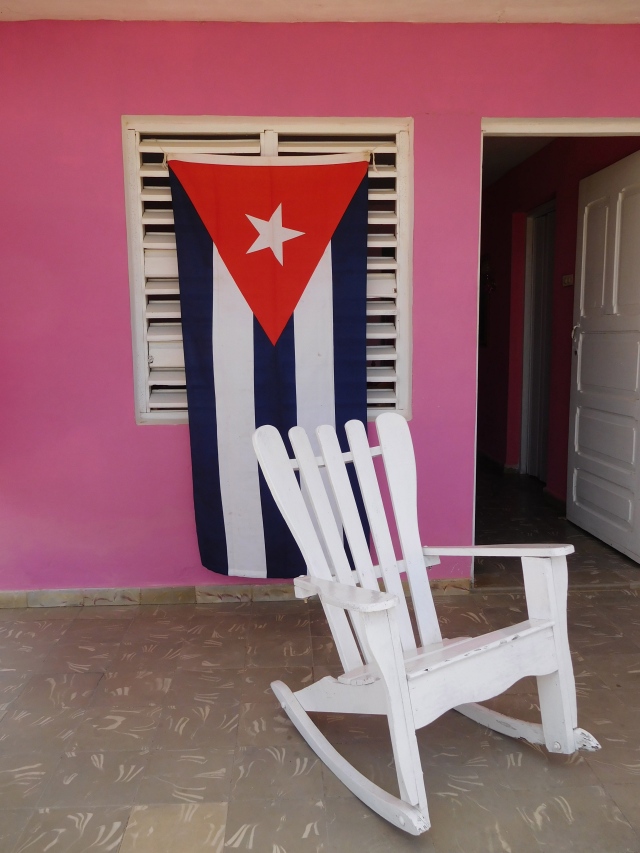 The next day we decided against an organised tour and set out to explore the tobacco farms ourselves. 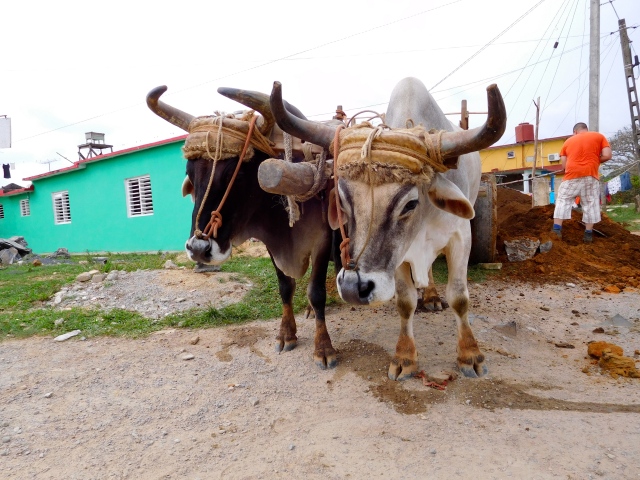 We paid some dude to take us to the first farm.

“A horse walks into a bar…”

We had a cigar rolling demonstration and I was surprised to learn the cigars are organic and don’t contain nicotine. 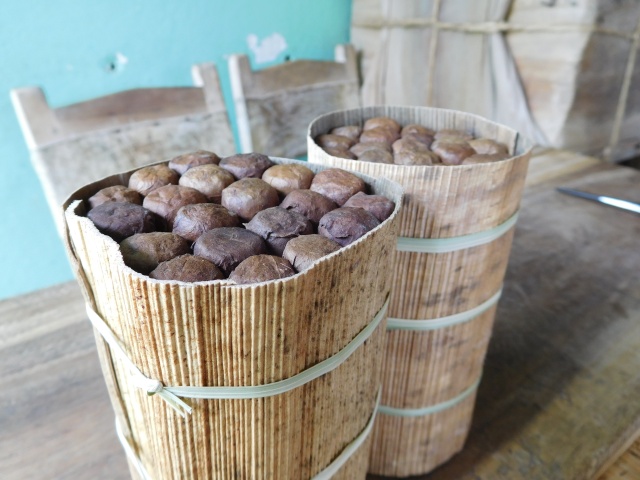 We paid to sample a cigar. The farmer dipped the mouth end in honey before giving it to us. It tasted far better than a normal cigar!

I never realised how hard it is to actually look good while smoking a cigar… Hence why there are no photos of me doing it! 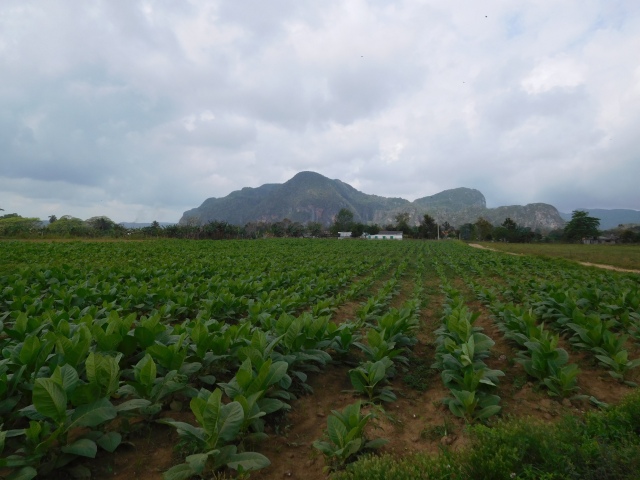 We continued on our walk, joined by a cute little dog we named ‘Fidel’, and stopped at a coffee plantation. 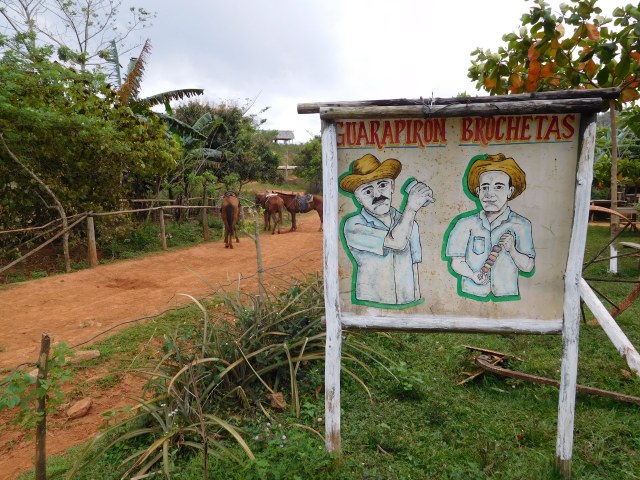 Then onto a small lake and a cave.

It was so hot and muggy I was kind of relieved to get back into town. 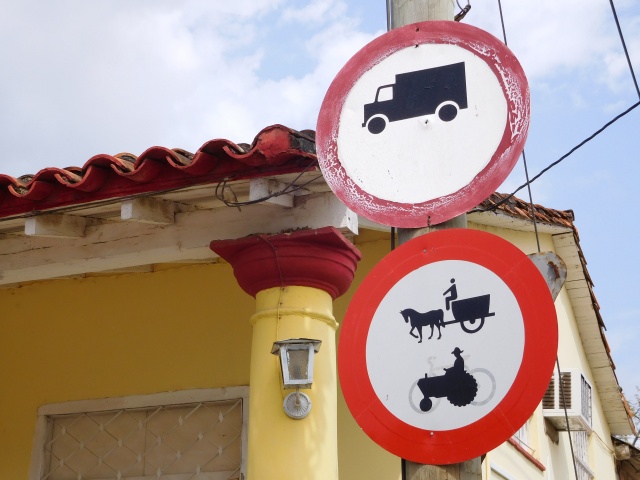 The next day we took a taxi to a beach called Cayo Jutias. We were lucky to get a bit of blue sky. 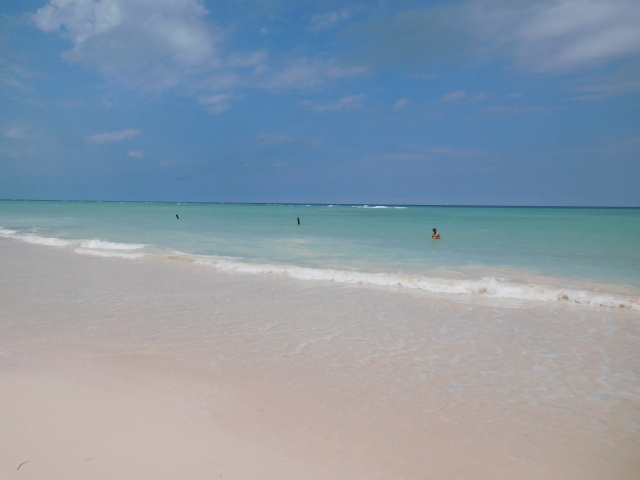 It was our final Caribbean beach day for our entire trip, so it was beautiful and felt a little bitter sweet. 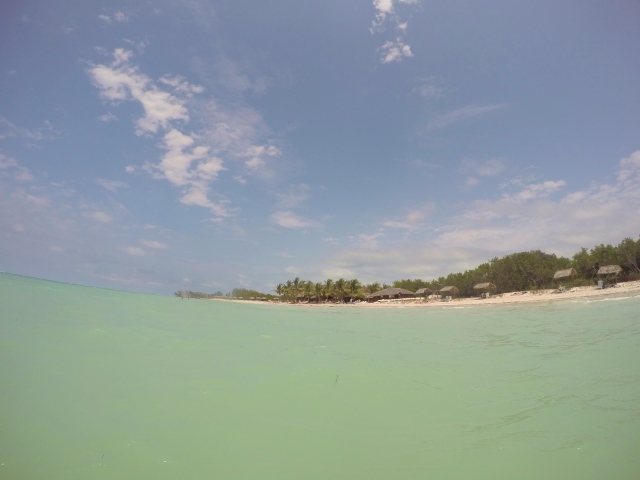 ‘Take me to the April sun in Cuba WOAAAHHH’ 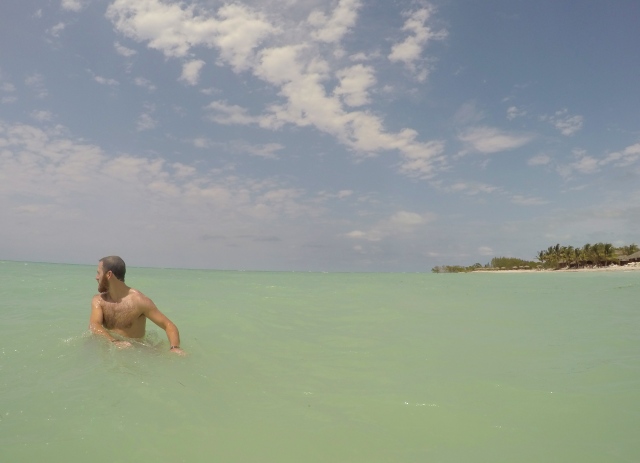 This is a shell I found on Caye Caulker in Belize, isn’t it beautiful? 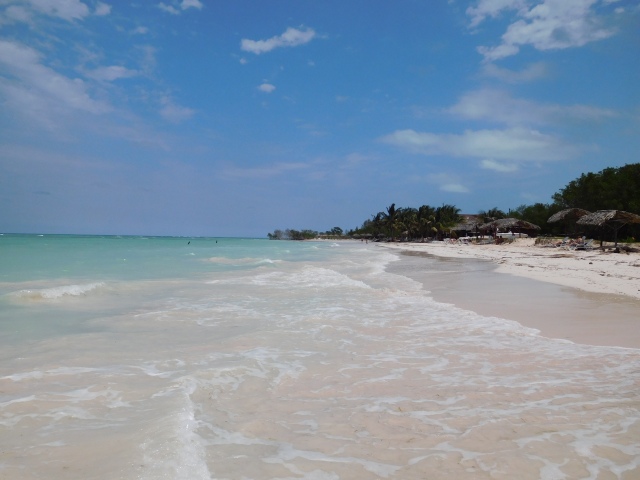 We had a final afternoon back in Havana before our return flight to Mexico. Of course we wandered around some more and took a few more snaps. 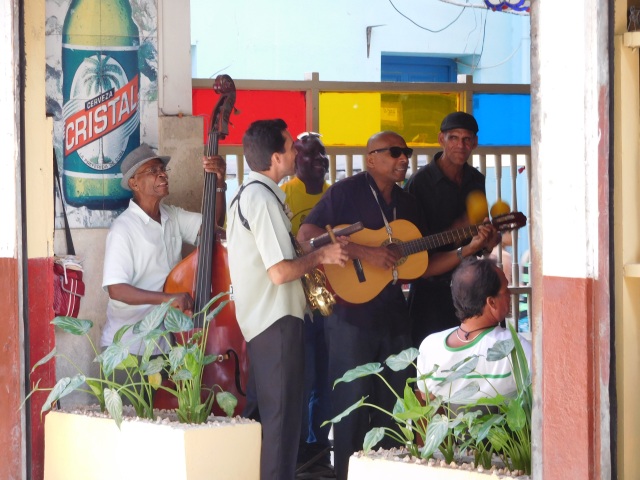 We were down to our last few pesos by this point and without the option of just getting money out at an ATM (in Cuba? HA!) we were watching every cent. So it pretty much ruined us when a band, not the one above, cornered us on a park bench, played ‘Waltzing Matilda’ in our faces and then demanded at least 6 pesos (about $6, probably about a week’s pay). But that’s Cuba for you.

This was my final photo and probably my favourite from the trip. Is he spying on someone? Playing hide and seek?

An incredible trip overall, definitely put Cuba on your list.

This entry was posted in Travel and tagged Caribbean, Cuba, Havana, Travel, Vinales. Bookmark the permalink.

7 Responses to Cuba: Havana to Viñales and back again