3 things you must do in San Pedro de Atacama, Chile

Crossing into Chile from Bolivia was a lot like trying to get into Australia; it took a long time and god help you if you had a forgotten apple in your bag. Chile has a large agricultural region and is also highly developed, which certainly had its benefits (hello Walmart!) but a speedy border crossing isn’t one of them.

Before starting our camper van road trip from San Pedro to Santiago we spent a few days in and around San Pedro, in the driest desert in the world. Here’s what you can’t miss:

The Valley of the Moon is located 13km from San Pedro in the Atacama desert. It is aptly named because its dry and salty landscape looks like the surface of the moon (not that I’ve ever been!). 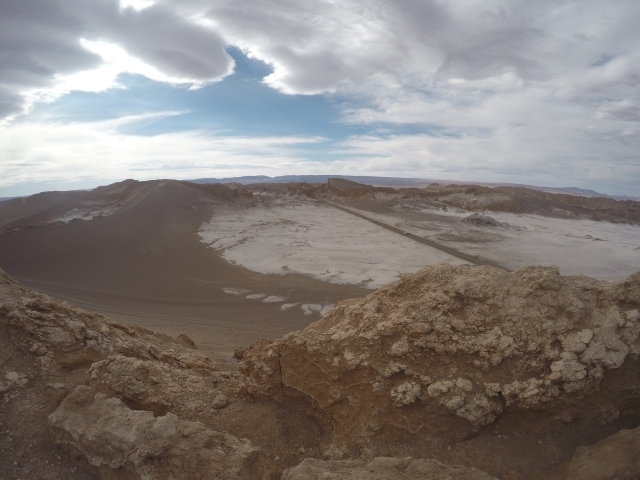 Looks kind of like how I imagine the moon

Andrew and I on the moon 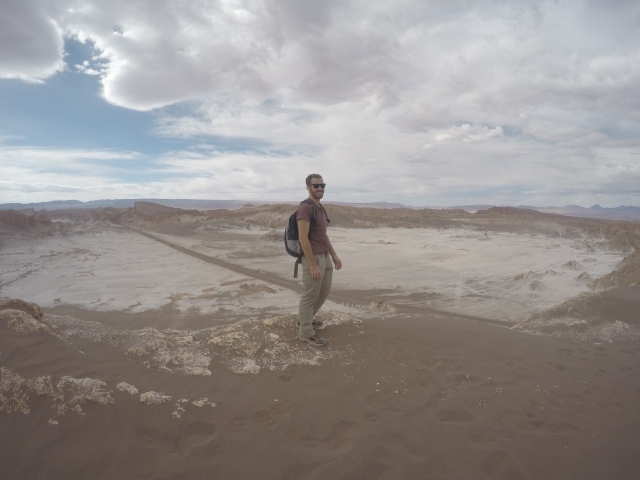 That time Andrew went to the moon

Damn bus, shattering the illusion that I am on the moon

There are about a million tours that offer the Valle de La Luna for an afternoon, and almost all of them finish at ‘Coyote Rock’ (named because it looks like a scene from the Wylie Coyote cartoon) for sunset. 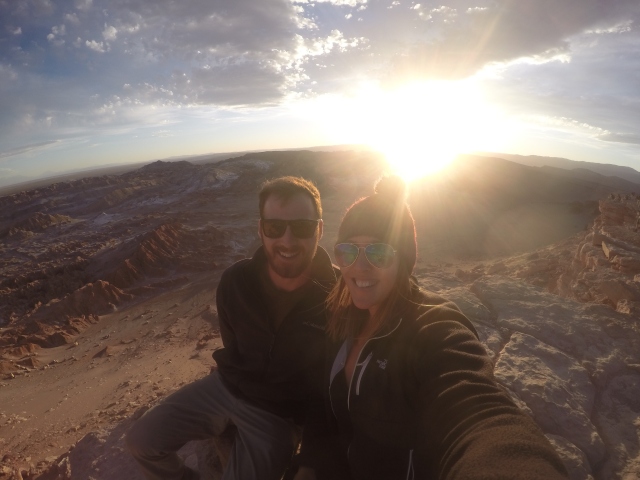 Andrew and I sitting on Coyote Rock

Now if you’ve read this blog for a while you will probably know I have a slight obsession with sunsets. Well. This is a big statement, but the sunset we saw that night was probably the best I’ve ever seen. In my life. Ever.

We went from this: 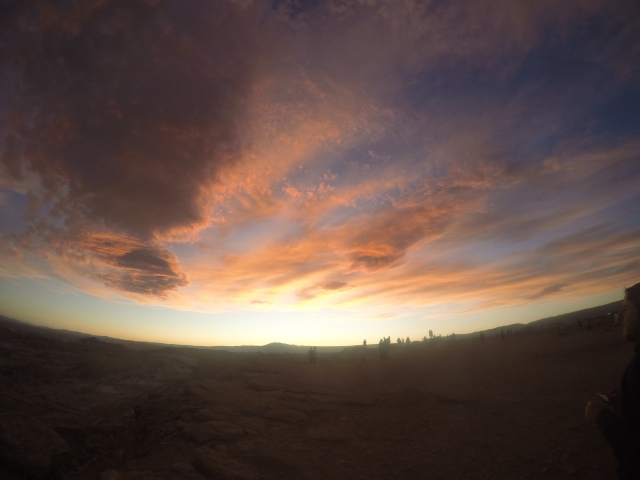 Yeah not bad. GoPros are terrible at capturing sunsets.

I took that photo on my phone and it has undergone absolutely no editing or filters. Possibly one of my favourite photos of our trip so far (also a huge call).

2. Do a stargazing tour

San Pedro is meant to be one of the best spots in the world to stargaze. We did a tour with the world’s most eccentric, self proclaimed ‘lunar-tics’ and it was well worth it. His passion for the universe and the solar system just could not be matched. Unfortunately I was sick that night and spent most of my time in the bathroom, but when I managed to duck outside to look through a telescope I was pretty blown away.

At the end of the tour our guide even showed us his video of what he claims is a UFO. It was hilarious.

There are many salt lagoons around San Pedro, some you can take a guided tour to and others you can get to yourself if you have a car. On our first day with our camper van we drove out to a lagoon and after a blown tyre we eventually made it.

The water is twice as salty as the Dead Sea and it’s quite bizarre that when you jump in, you barely break the surface before bobbing to the top of the water. Buoyancy hey. 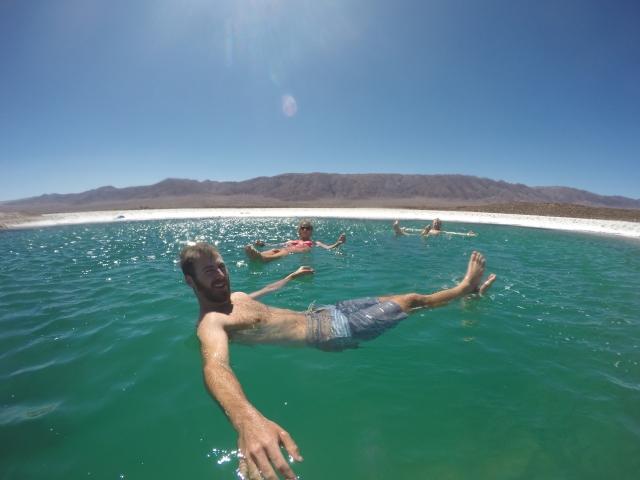 It was difficult to swim and keep your legs under the water too. 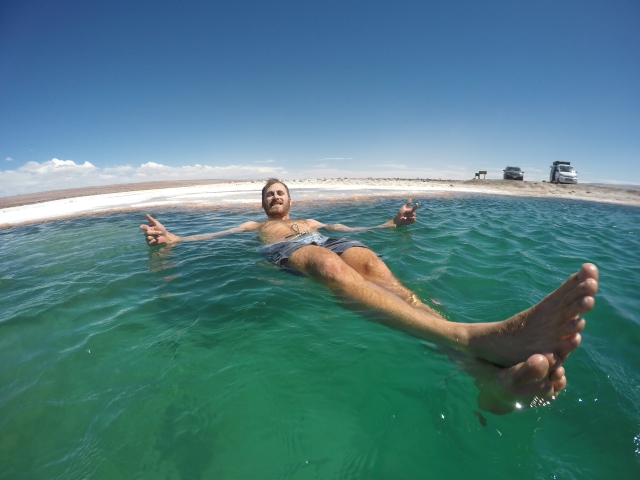 Before long our skin and hair was encrusted with salt crystals; kind of an uncomfortable sensation.

Thankfully there are showers to wash the salt off. The next day we set off properly on our camper van trip.

An amazing part of the world.

17 Responses to 3 things you must do in San Pedro de Atacama, Chile