Lake Titicaca and the Uros Islands

Greetings! Just a few photos from Lake Titicaca and the Uros Islands in Peru. I’m going to have to be a bit more selective with the photos from now on as I am fighting a losing battle against Bolivian wifi, which despite being weak and slow, is defeating me.

The Uros are pre-Incan people who live on 42 manmade floating islands on Lake Titicaca, which straddles the Peruvian and Bolivian borders. They began constructing and living on islands made from reeds many centuries ago as a defensive measure; their homes could be moved if a threat arose.

The bottom half of the island is made from a dense layer of dirt and roots about 1-2 metres thick. They are anchored with ropes attached to sticks driven into the bottom of the lake. The top layer, which you walk on, is made from reeds laid down in various directions. As the bottom layer of the island erodes, more reeds are thrown on the top to compensate. Because of wind and waves on the lake the islands only last about 20 years.

It goes without saying that the Uros Islands are a very popular tourist attraction. We were hesitant to go on a tour because we had heard it’s just one big opportunity to buy souvenirs, but in the end our curiosity won out over our cynicism.

We were picked up from our hostel at 6:45am by the tour company, then waited 20 minutes for the bus to actually turn up and drive us a couple of minutes down the road to the docks (if we had known it was so close we would have walked!). We were then instructed to get on a boat and while we waited a man with a ukelele and wind pipes busked for us, demanding cash at the end. Then we got told to get off that boat and move to another one. The ukelele man appeared again and played his wailing tune.

By about 9am we were off.

At the first island we were given a presentation on how the island works and how the Uros people live. Or lived, some people reckon you can see the Uros in their jeans and tshirts on the mainland when they aren’t hosting visitors. 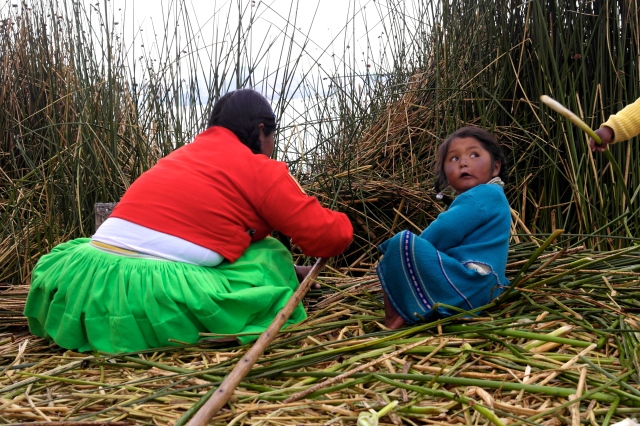 Still, it was amazing what they can make out of reeds! Houses, boats, shade umbrellas. They even eat the white base of the reed. Fish is also a staple of the Uros diet. 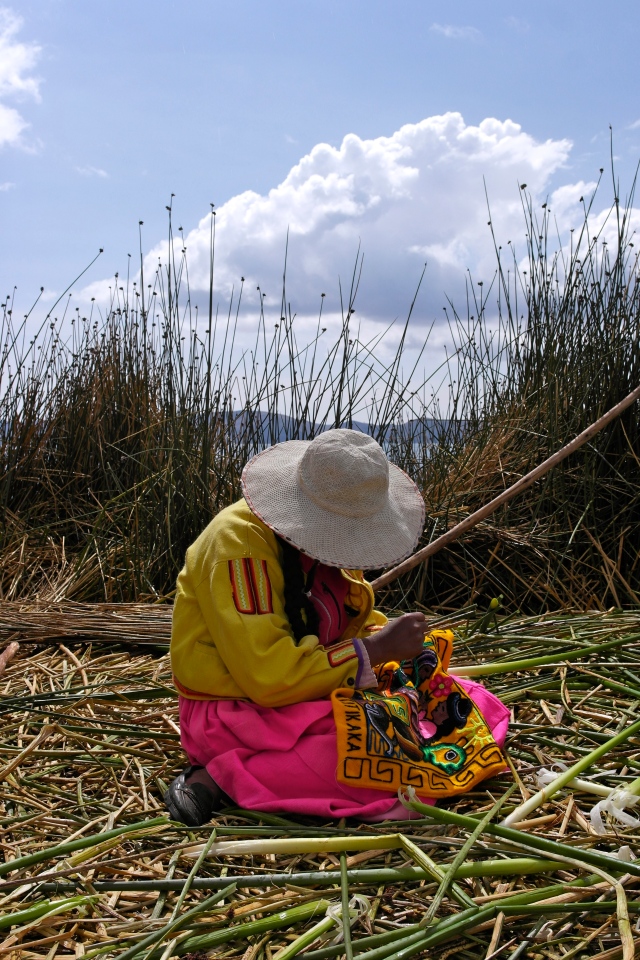 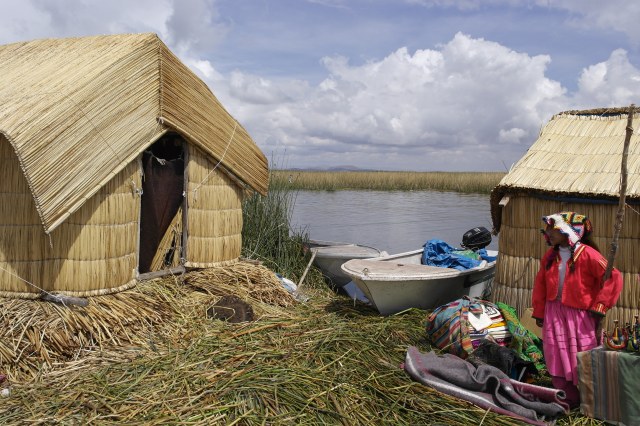 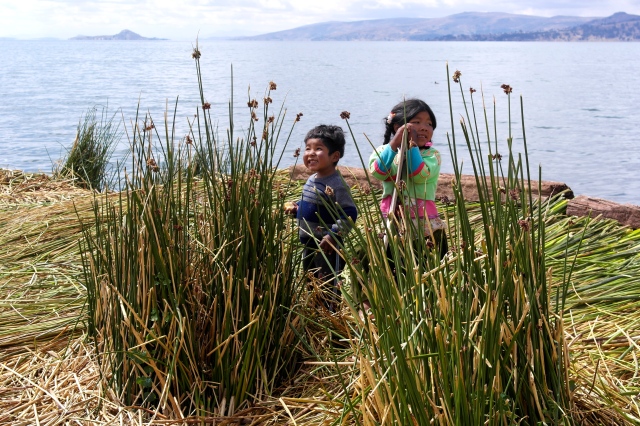 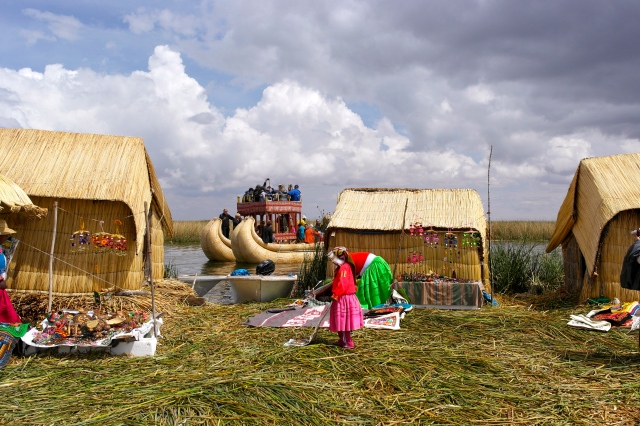 A reed wedding boat in the background

After the floating islands we went to a real island called Taquille, to walk and have lunch. It was quite picturesque, but alas, I can’t upload photos anymore. That last photo above took over an hour to load. Quite devastating for a blog the relies heavily on visuals.

Fingers crossed Chile will be better blessed in the wifi department!