Austin is one of the coolest cities in the US. It has an incredible music and arts scene, great food and is chock full of students (usually a good marker of a progressive place). It’s also known as the least conservative place in Texas, but it’s still very much part of the Lone Star State!

On our first night we headed out to Sixth Street, the main bar strip, with a bunch of Aussies from our hostel. Such a fun night. Again I have no photos!

Austin is the capitol of Texas, so we got to see another one of these:

Only this one is bigger than all the others (including the Capitol in Washington DC apparently) because, you know, it’s Texas. The inside is different of course.

As you can see we weren’t the only ones there

After a wander through the Capitol and a quick look at a museum we didn’t know you are meant to perchase tickets for (awkward) we grabbed the car and drove 30 minutes of out town to Driftwood, Texas.

Why Driftwood? Well about a year ago Andrew and I were watching an episode of Man vs Food when we learnt of a BBQ place called The Salt Lick. We vowed we would make it there.

The Salt Lick has been around since 1967 and is one of the few places that still cooks meat on an open oak wood fire. Their brisket is cooked in a closed smoker for 17 hours and then put on the open fire for 4-6 hours. The ribs are done for about 3 hours. All this results in the most delicious, smokey, tender, sticky/sweet meat you have ever tasted.

This is where they do the final smoking: 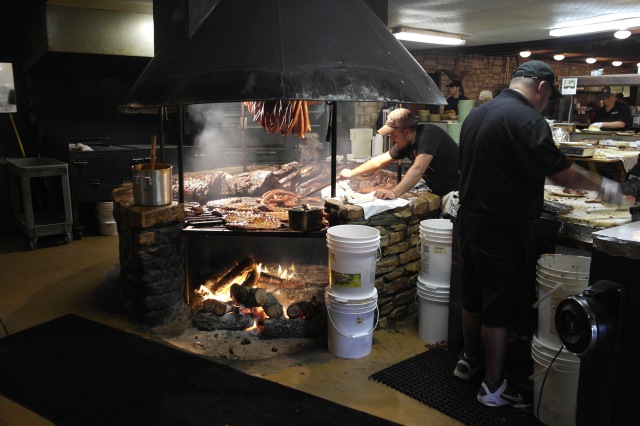 We got there at about 2pm and were completely starving having had a strategically small breakfast. We had a bit of a wait ahead of us so we grabbed some popcorn in the courtyard to tide us over. 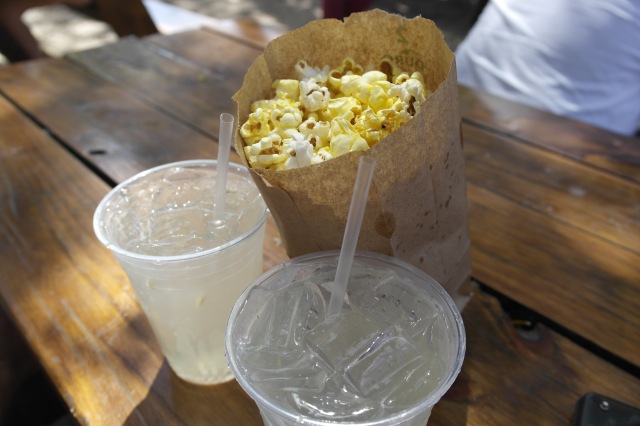 Kind of unnecessary given the food to come…

We ordered ‘Family Style’ all you can eat brisket, sausage, pork ribs, potato salad, cole slaw and beans. Here is an awful photo of me that serves only to show how excited I was: 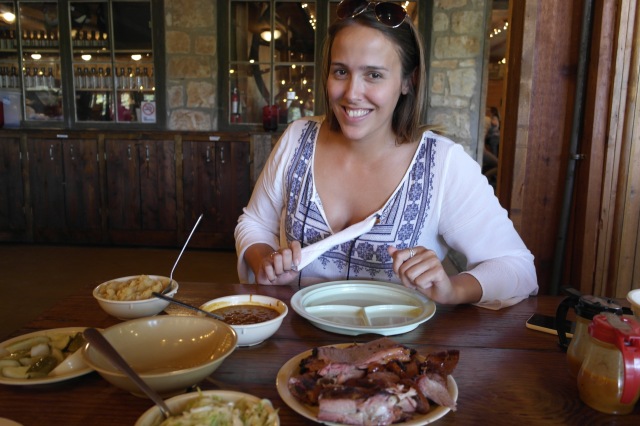 Seriously, look at this plate of meat: 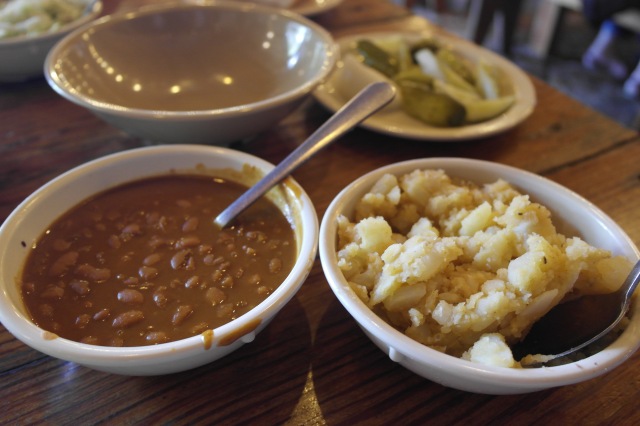 Sides, I tried not to fill up on these 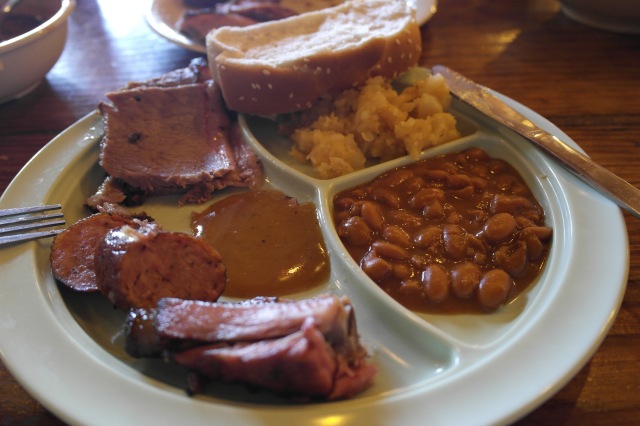 We managed 1.5 plates of meat and took the rest home.

Our second meat plate, even bigger than the first

We were stuffed full to the brim, but convinced we wouldn’t be back at BBQ place in the middle of Texas again any time soon we split a slice of pecan pie. Topped with a giant scoop of ice cream.

I was painfully full. But it was completely worth it!

A cactus in a boot #Texas

Thank you Salt Lick, you were everything I dreamt of.

That night we went to check out Austin’s famous bats. About two million bats live under a bridge in the middle of the city. Bizarre. Every night around sunset the bats fly out from underneath the bridge to go and eat bugs. People line the bridge and flock the the river banks to get a good spot.

You spend ages looking at the sky wondering what (if anything) is happening, and then:

They are really tiny and fly really erratically. So strange!

The next day we went to check out some of Austin’s street art. It wasn’t hard to find.

A mural of the city

A mural of Texas

Graffiti Park at Castle Hills (Hope Outdoor Gallery) is a three story art project. I can’t find any information on what used to be there but it looks like the bare bones of an old building, covered in graffiti. 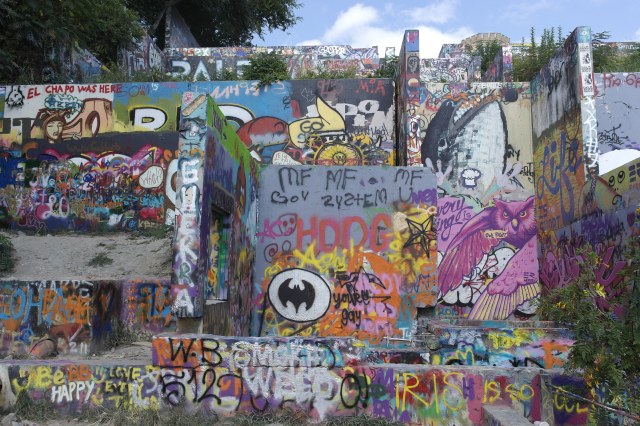 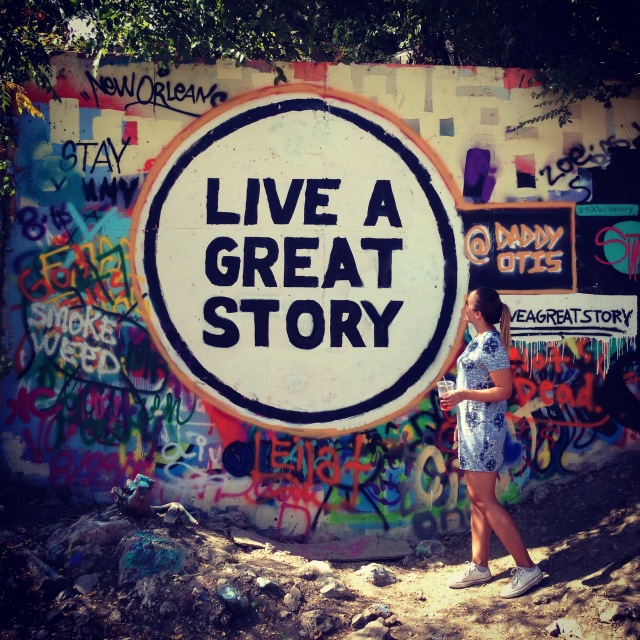 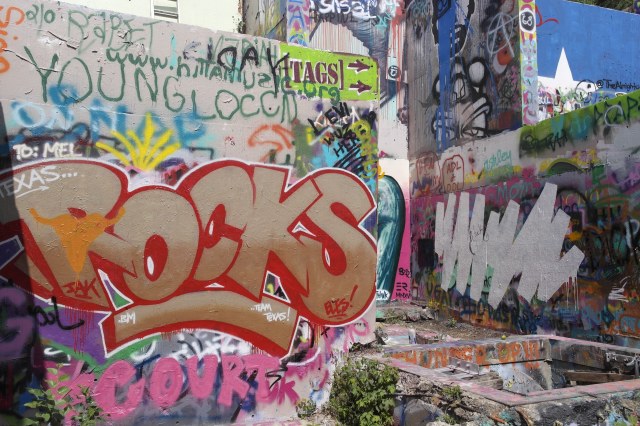 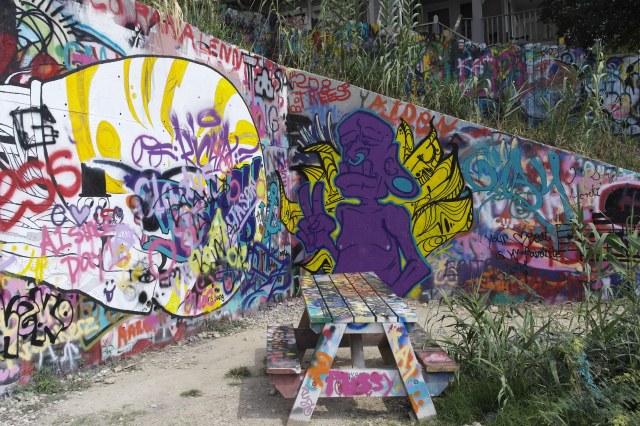 There is a pretty good view from the top level: 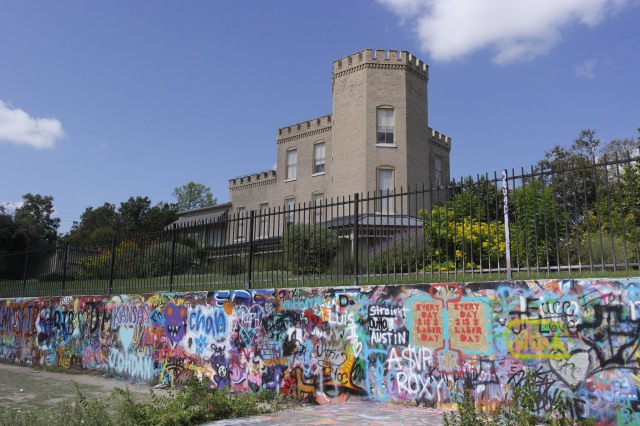 Looking out over Austin

On the walk back to the hostel we noticed a cute old BBQ place.

The inside walls were blackened and smokey from over 70 years of barbecuing. 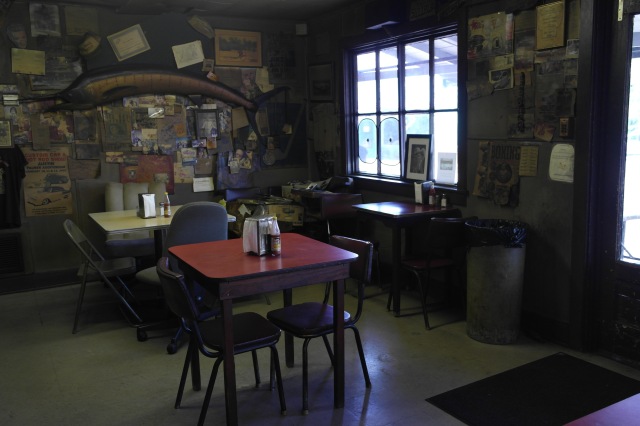 The menu was delightfully simple.

Despite having gorged ourselves the day before we decided to share a mixed (chopped brisket and sausage) sandwich. 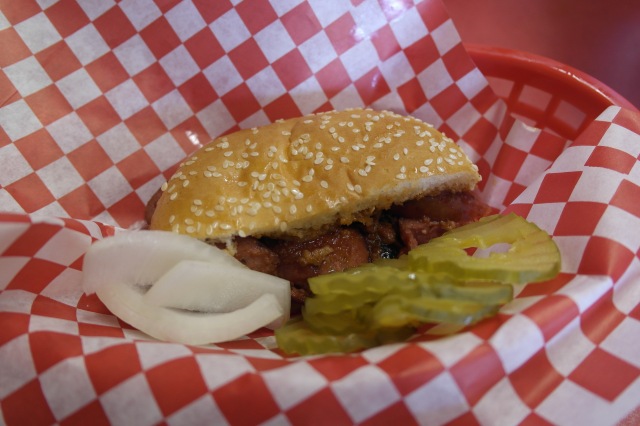 It was glorious. We also had RC colas, which apparently are a southern thing? I’d never heard of them. 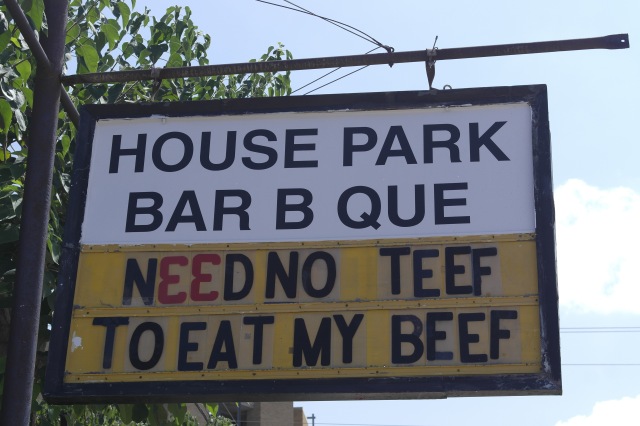 That night we went out with more hostel people to Rainey Street, which is far more low key (no bucking bull machines!) and cool than Sixth Street. We saw some goose bump inducing live jazz and ended up sampling Whataburger at 3am. Good times.

As far as I’m concerned Austin is an absolute must-see. Have you been?

3 Responses to Adventures in Austin, Texas