Our second day at Yellowstone could not have been more different than the first. It was like being in a completely different park, visually.

We headed to the the Grand Canyon of Yellowstone (that is its actual name) and took a hike along the south rim. 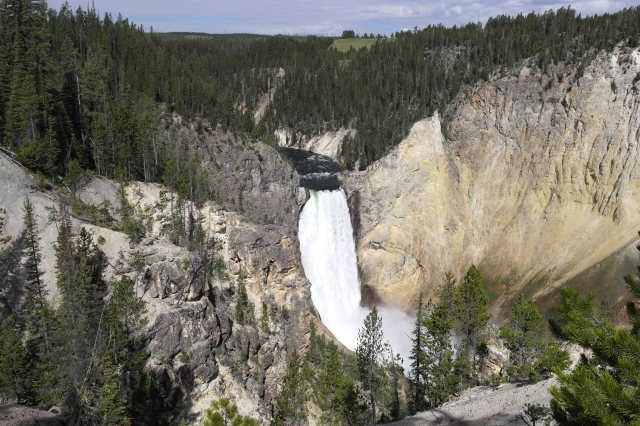 Armed with bear spray, of course. Which we hired after some brief training, which only served to make us more petrified of running into a grizzly. 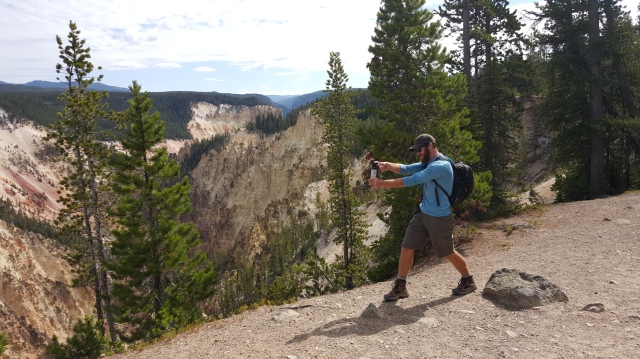 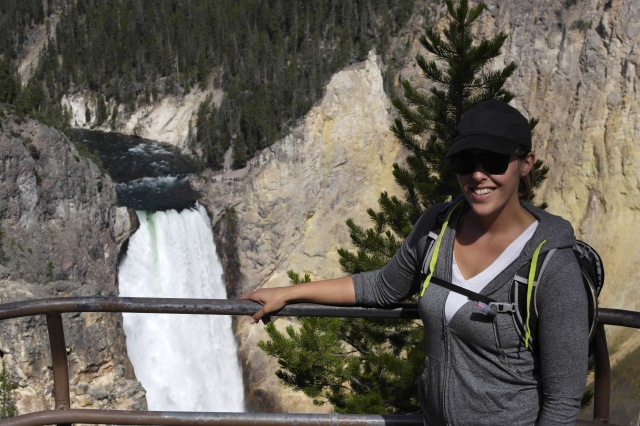 It was only about a 7km hike, which was good because neither of us were particularly in the mood. Not sure where that Glacier National Park stamina (35km in two days) went! 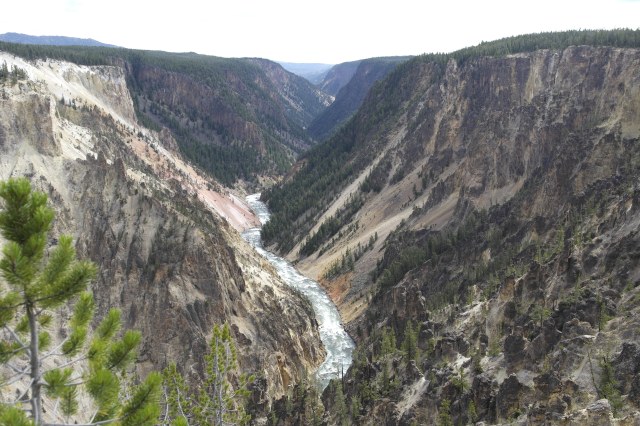 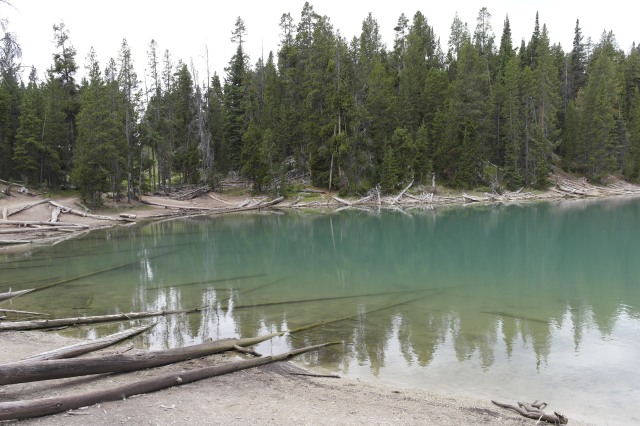 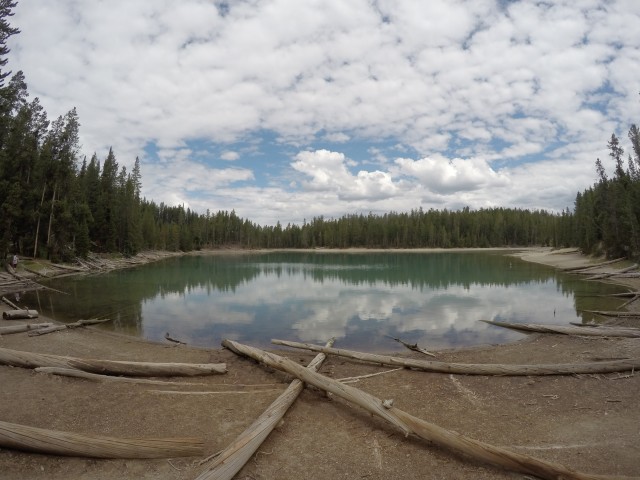 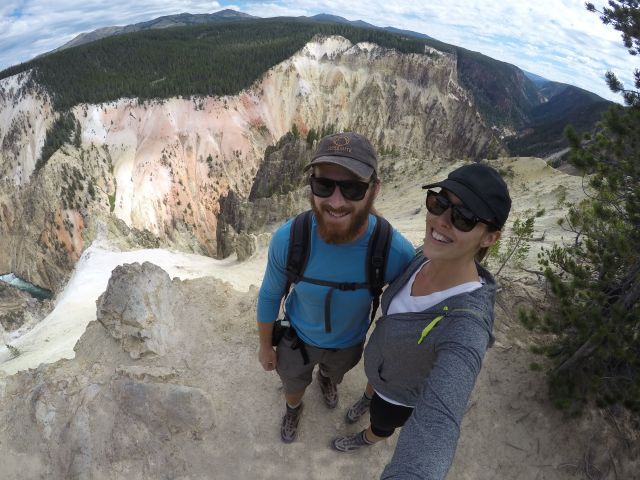 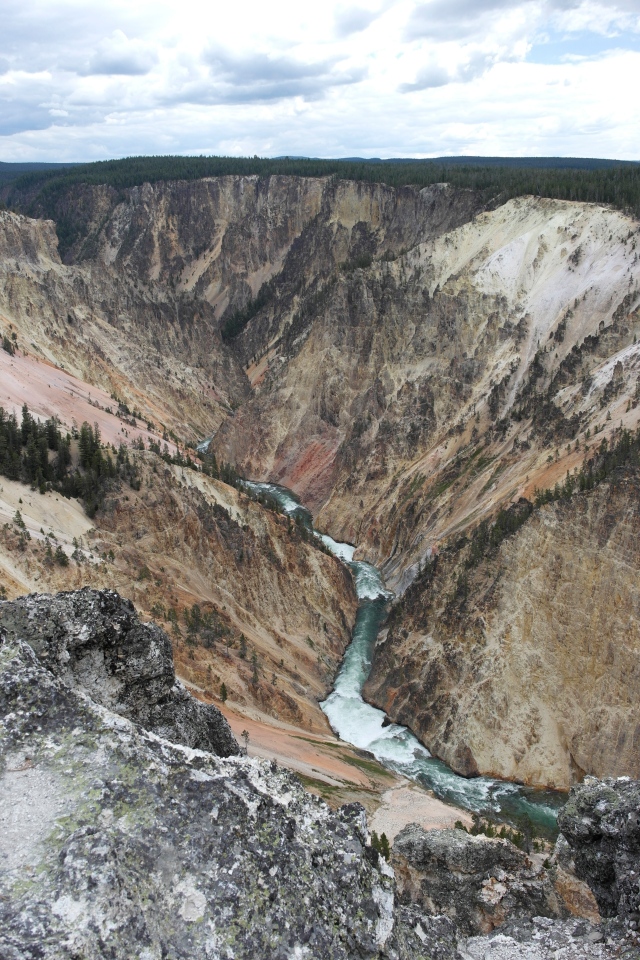 We saw some more buffalo. 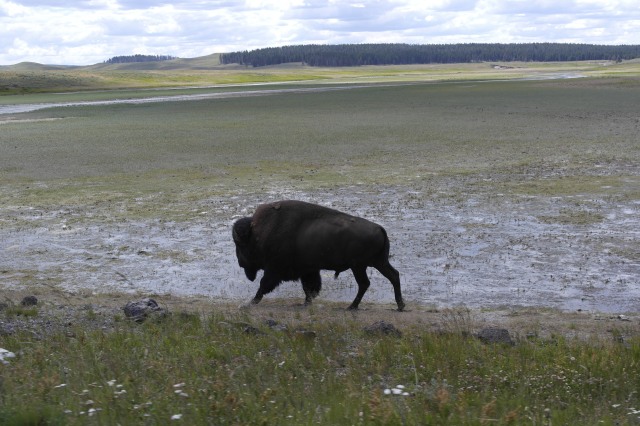 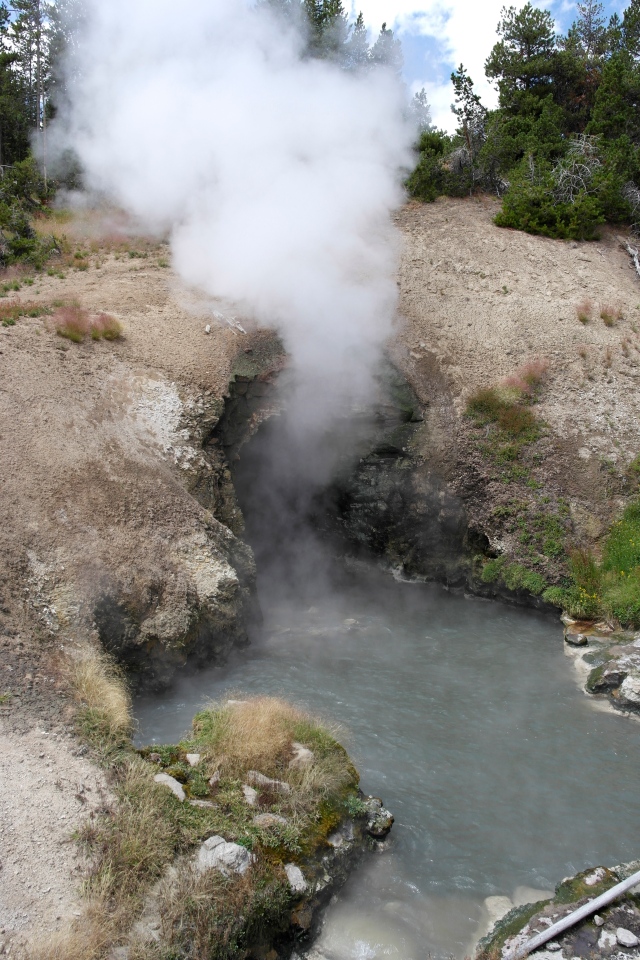 Just south of Yellowstone is Grand Teton National Park. I feel like no one mentions Grand Teton, but it’s just there! And is absolutely beautiful. We camped there for two nights. 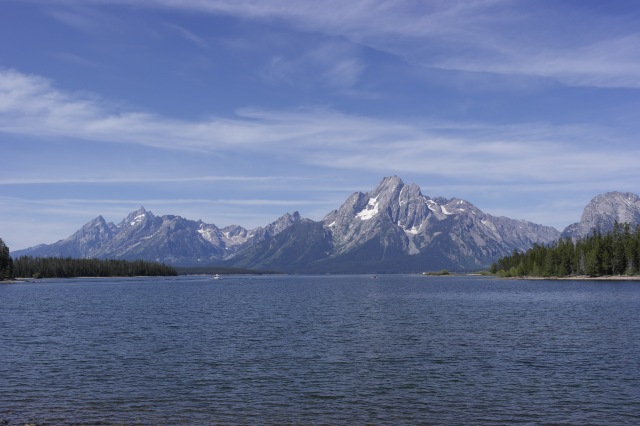 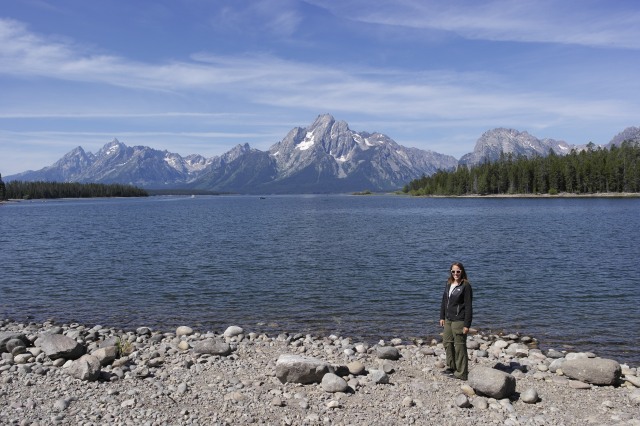 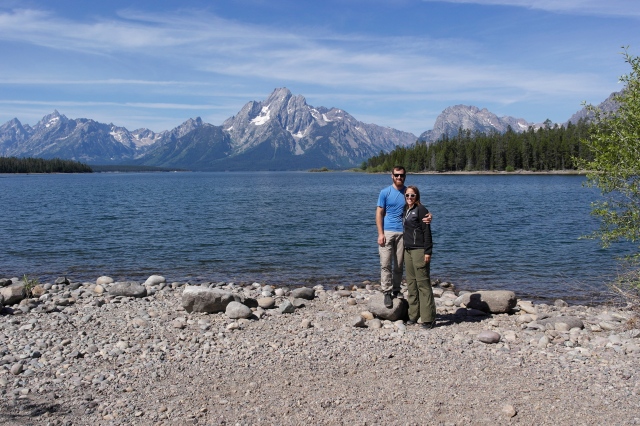 Another triumph with the self timer 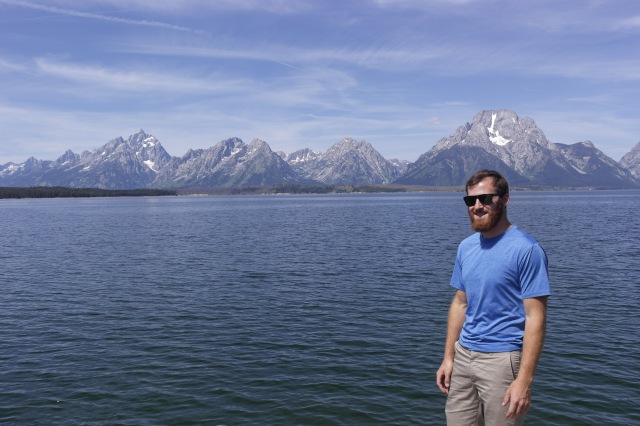 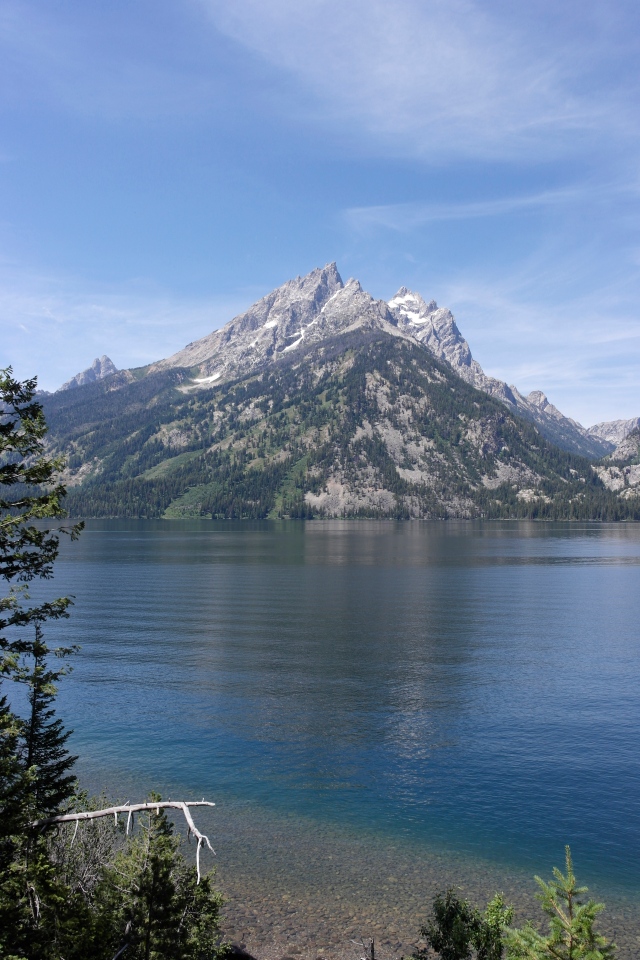 At Grand Teton we reintroduced S’mores into our diet. With Snickers. Snicker S’mores. 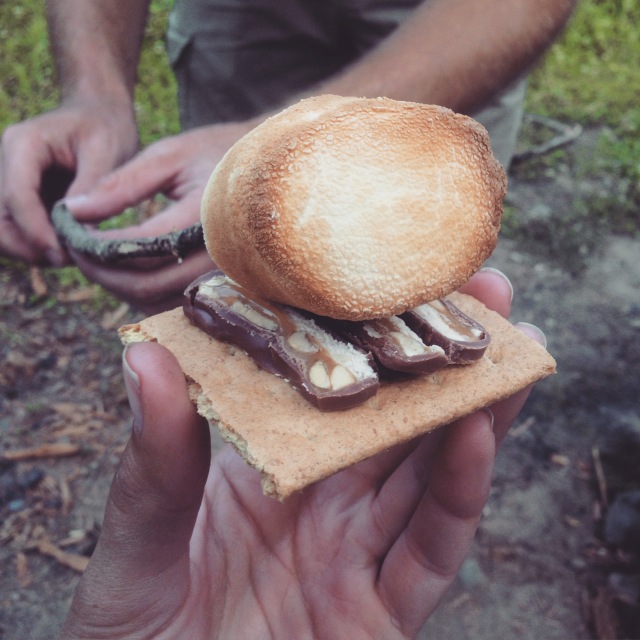 Have you ever seen a more perfectly toasted marshmallow? 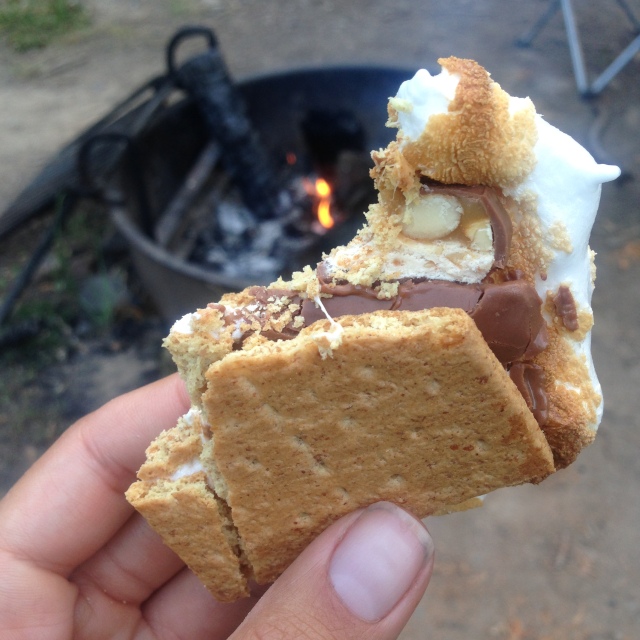 They were predictably glorious 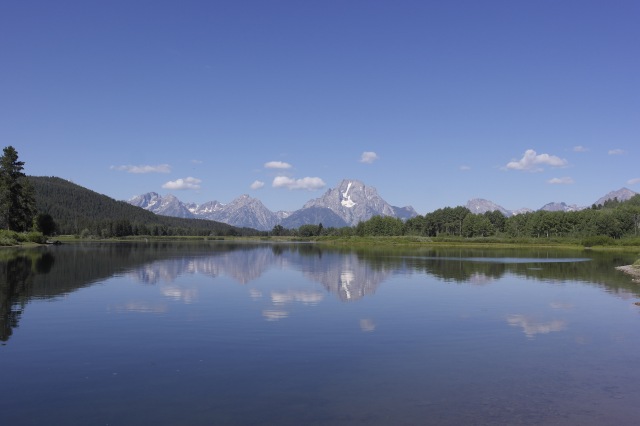 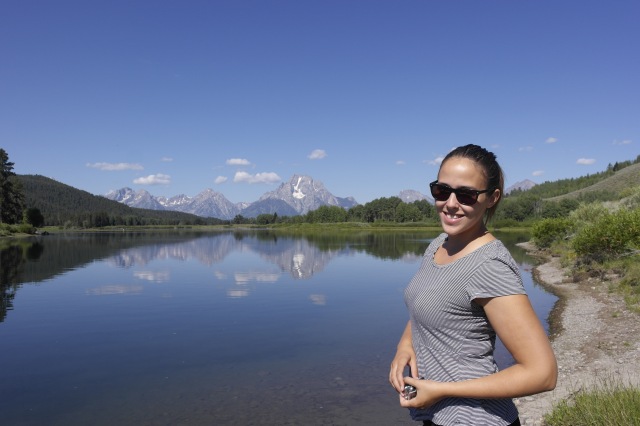 We explored a bit of nearby Jackson, Wyoming, before heading to Idaho suffering just the slightest National Park fatigue.