We arrived at inimitable Yosemite in the late afternoon, pitched our tent at Crane Flat campground and drove into the valley to look around.

We drove through a tunnel and were immediately greeted with this view:

Which I thought was jaw-dropping, but after two days of even better vistas I feel like that photo is kind of dull!

It was my second trip to Yosemite and it was even better than I remembered, albeit a bit drier with the drought California is experiencing.

Check out this waterfall: 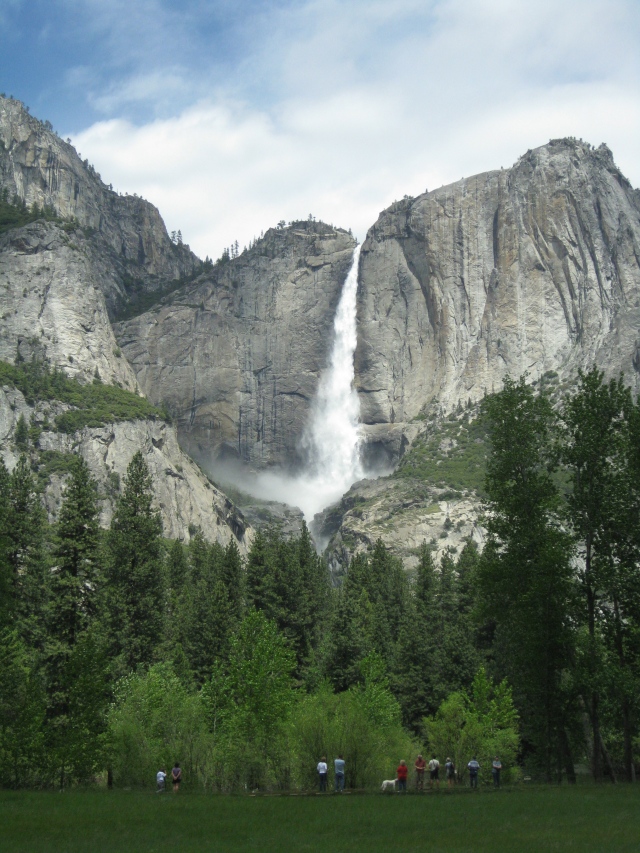 The next day Andrew woke at the crack of dawn, loudly unzipped the tent and bounded outside. This was his version of Disneyland (remember I was so excited I couldn’t sleep?) and I don’t think I’ve ever seen him so pumped.

I followed a short while after and when I stuck my bleary-eyed head out of the tent I was greeted with this:

Which was pretty magical. I whipped up some porridge to sustain us for a big day of hiking ahead.

After breakfast we jumped in the car, headed into the valley and checked out Lower Yosemite Falls.

Our first hike was 2.5km up the Yosemite Falls Trail to Columbia Rock, because we wanted somewhere picturesque to eat lunch.

The view along the way

The view of Half Dome from Columbia Rock was spectacular. 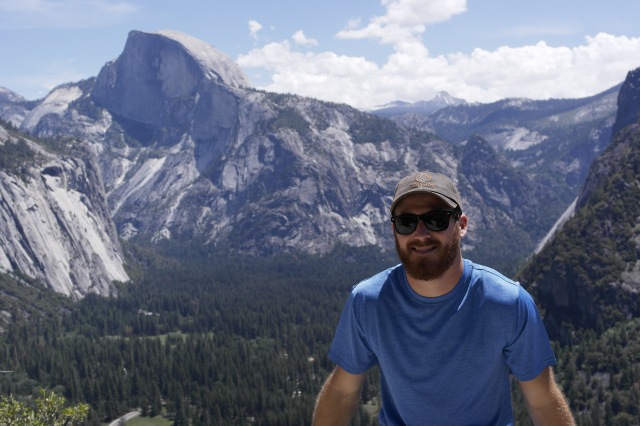 That’s Half Dome in the background

There is a sheer drop behind that extremely low safety rail.

We ate our sandwiches and Andrew convinced me to hike a bit further to get a view of the waterfall.

There she is. Oh and Andrew.

Going down the trail was worse than going up. I have horrendous knees (it’s a family thing) and they didn’t love cushioning the rest of me on each laboured step downwards.

After the hike we drove to Tunnel View to check out the iconic Yosemite vista immortalised by photographer Ansel Adams.

In the afternoon we hiked to Mirror Lake and back, about 5km on a gloriously flat trail. As the name suggests, the lake mirrored it’s surrounds beautifully.

Is this even real? 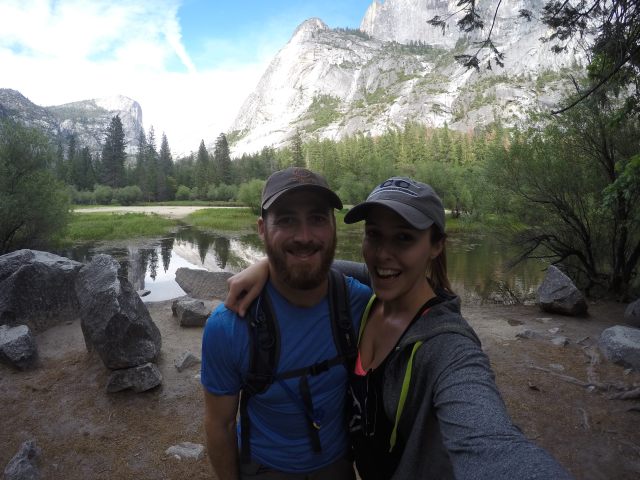 We got back to camp at about 7pm and whipped up a nice carby camp dinner. 11km on our first day? Not bad!

This entry was posted in Travel and tagged California, Travel, Yosemite National Park. Bookmark the permalink.