Tasting all the wine in Mendoza, Argentina

After bidding farewell to Chile we made our way by bus to Mendoza, Argentina. On the way our bus broke down (a South American experience I was surprised to have avoided up until that point) and we waited 3 hours to be collected by a new bus. The journey after that, however, was nothing short of spectacular.

Definitely the best border crossing I’ve been to:

Our first day in Mendoza involved exploring the city, booking a bike and wine tour for the following day and then hitting up an Argentinian bbq buffet for dinner:

After a night of serious meat sweats, our tour company collected us for a day of drinking and riding around on bikes.

Our first stop was a small-scale family vineyard. 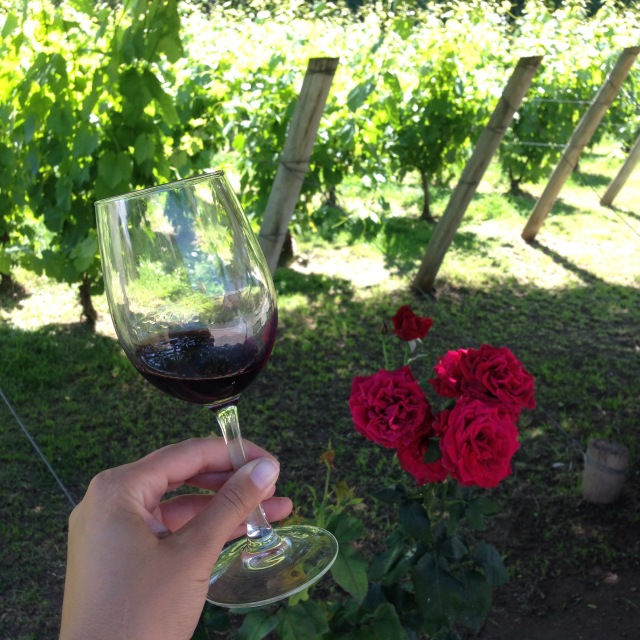 I wasted no time sampling the Malbec, the wine synonymous with Mendoza.

It was here we were given very shabby bikes to transport us to the next stop. Mine had no breaks, just what you want after drinking wine!

Our next stop was Norton’s, a HUGE operation owned by the Swarovski crystal company. I was initially cynical, but then I was greeted with this pretty line up:

I grabbed my tasting glass and enjoyed it on the balcony, in view of the mountains:

We were shown through the factory floor and were encouraged to take a large sample from a tap on one of the giant tanks of wine. Nice.

Then we headed to the cellar for lunch. 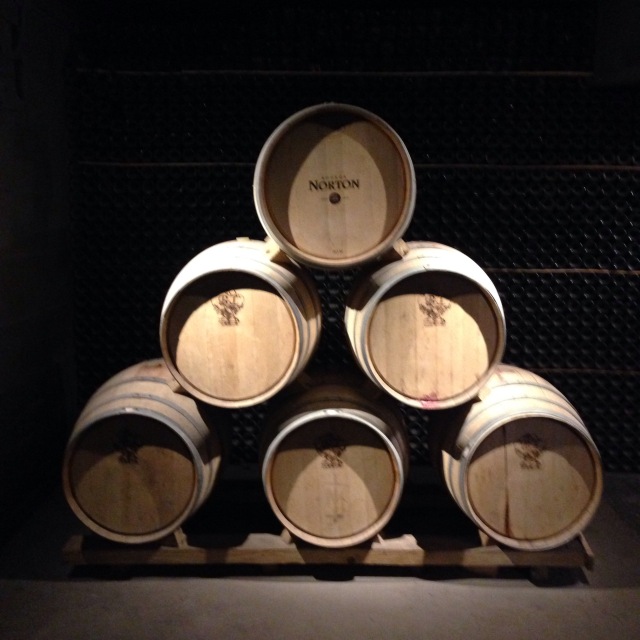 Cheese! My other favourite.

Our final stop was another family run business, the Roberto Bonfanti vineyard. We were given a tour by the great grandson of the man who started the business.

Olive trees in the vineyard

That was the end of our tour, which was probably a good thing considering a few of us were starting to nap on the lawn.

We attempted a wine free day the next day but crumbled at brunch.

That evening Andrew, Michaela (a friend we met in Santiago) and I cooked our own steaks and broke into our day-old collection of Mendoza wines. Somehow the three of us managed to get through 6 bottles…

Surprisingly fine the next day (?!) we decided with some new hostel friends that a DIY bike and wine tour was in order. This time we took a local bus out to the vineyards in Maipu, hired our own bikes and took off down picturesque tree-lined streets.

We had lunch at Mendoza’s oldest winery, Familia Di Tomasso, which has been around since 1869.

I had polenta Bolognese.

Across the road the view of the snow capped Andes was nothing short of stunning: 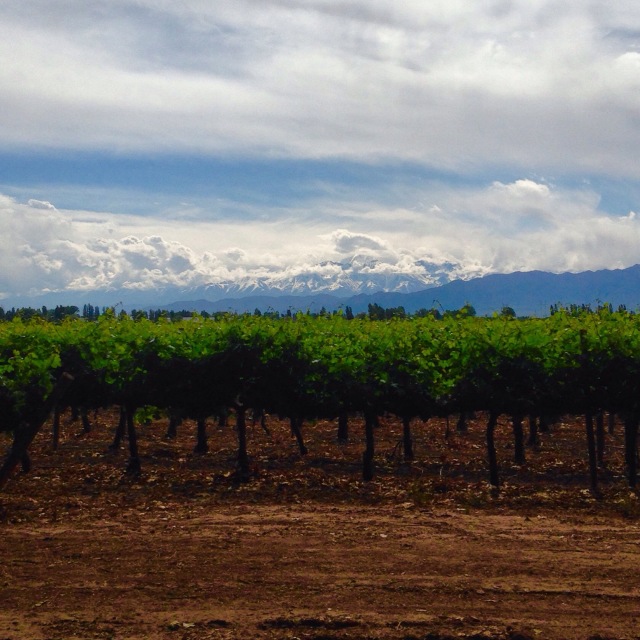 We carried on to a wine bar for tastings.

The most remarkable thing about the wine bar being that they gave us all free clean skins to take home: 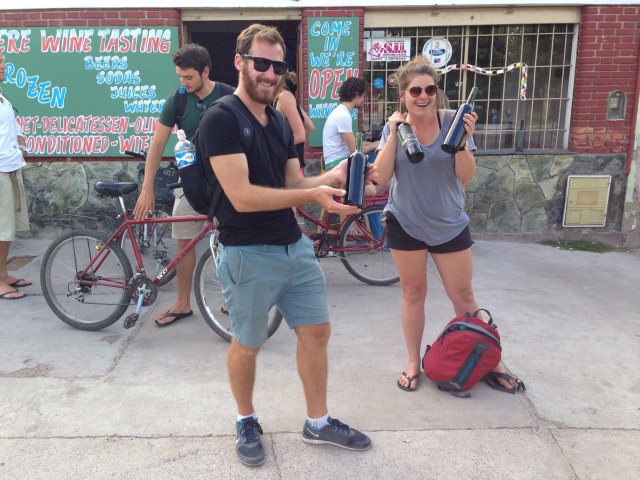 Feeling very satisfied with our first attempt at sampling Mendoza’s some 1500 or so wineries, we boarded a night bus that evening to Cordova. Our bags slightly heavier (and more fragile) than before.

If not for respect for my liver, I could have spent a lot more time in Mendoza. It was beautiful and the wines delicious and inexpensive. An excellent start to Argentina!

2 Responses to Tasting all the wine in Mendoza, Argentina