It poured with rain on our first day in New Orleans. But you can’t very well go all the way down to the south without seeing a swamp can you? So I put on my non-existent wet weather gear (note to self: buy raincoat) and we jumped on a tour to the Honey Island Swamp, about 45 minutes from New Orleans.

We got on a boat (sadly not an air boat) on the Old Pearl River and took off in search of gators. Alligators.

About a second later we sped past a head:

See the gator poking its head out of the water near the log? Exciting!

We pulled up and our  swamp captain threw some bait out to entice the gators. What kind of bait, you ask?

Seriously. I guess because they float?! It wasn’t long until we had our first little hungry gator.

They came right up to the boat so we got a good look at these prehistoric weirdos: 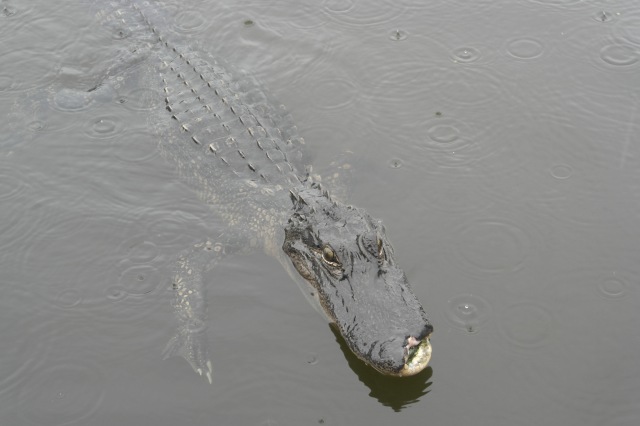 This one unfortunately had a bit of a chunk missing from its mouth.

According to our guide alligators have iron clad stomachs and can digest entire tortoises. So marshmallows are a breeze. 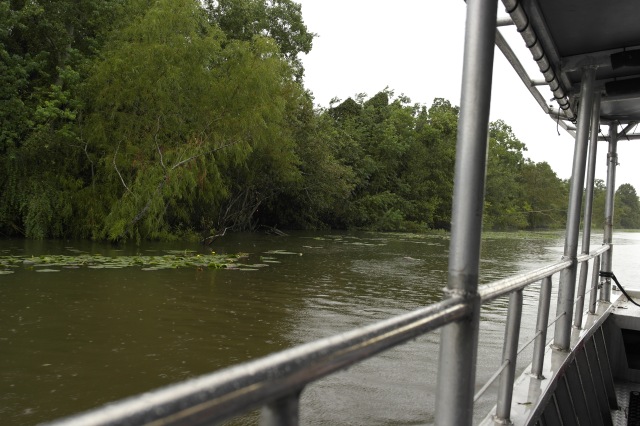 To get the gators to leap majestically in the air, our guide enticed them with hotdogs. The bait was apparently the menu from a child’s birthday party.

Thanks Andrew for this photo

We passed the local swamp village. Before Hurricane Katrina there were 25 families living along the river, only seven returned afterwards. One house was completely lifted off its foundation and washed up in a bayou (a small outlet of the river) about a mile away. It was used as a fishing shack for a little while. 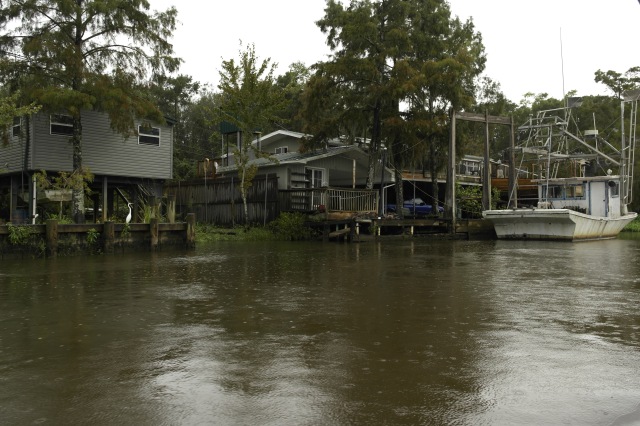 We went down a bayou and it was really picturesque. Kind of like the bayou scenes in Disney’s The Princess and the Frog, have you seen it? I only watched it recently (after we went on this swamp tour) and I constantly have the song Down the Bayou in my head. 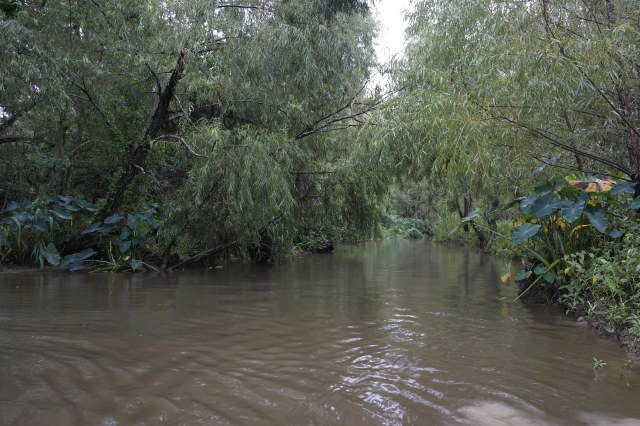 Because it’s the end of alligator hunting season, there were fewer around and all of the really big guys were gone. This lady was the largest we saw:

After about two hours of swamp life we headed back to dry-ish land. 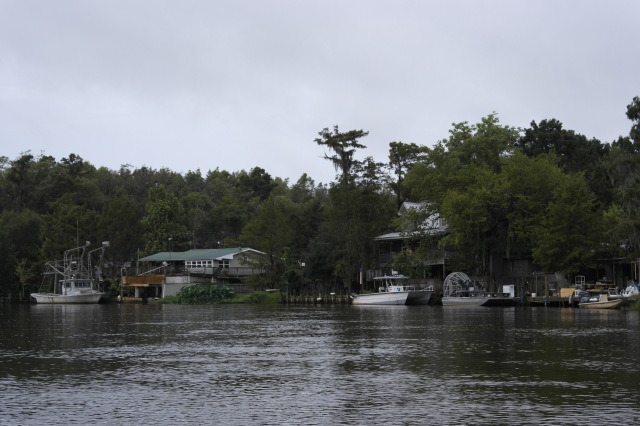 Such a fun afternoon.

6 Responses to Alligators, swamps and bayous