Some more photos from day two in The Bu. Do people actually call it that?! I hope so. As you can see the weather was awful:

We had breakfast out on the balcony again because there is just no beating this view. 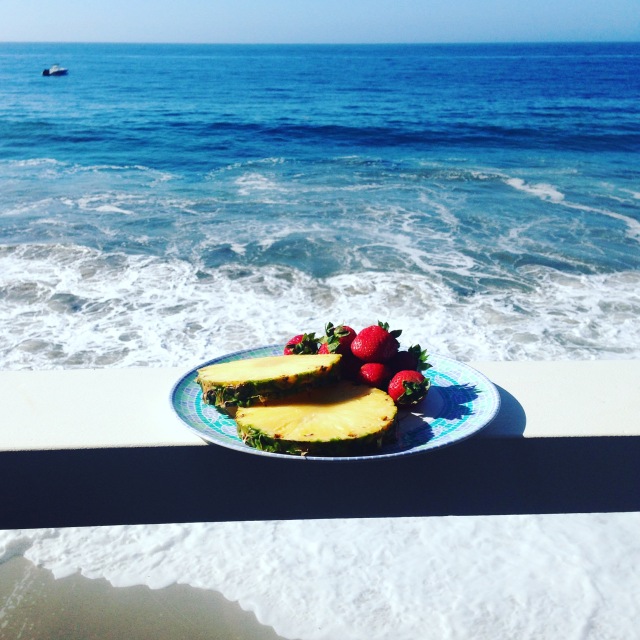 We then took a walk to Malibu Pier, which was bustling with tourists, fisherman and a trendy brunch crowd.

Steven Seagal hanging out on the pier

Stand up paddle boarding is still all the rage. 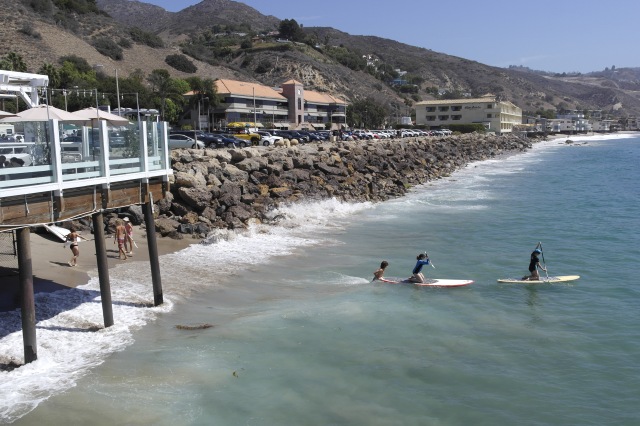 There were SUPers everywhere:

Lots of surfers too

We moseyed back up the Pacific Coast Highway to the condo and after getting slightly battered by waves at the beach we settled by the pool. 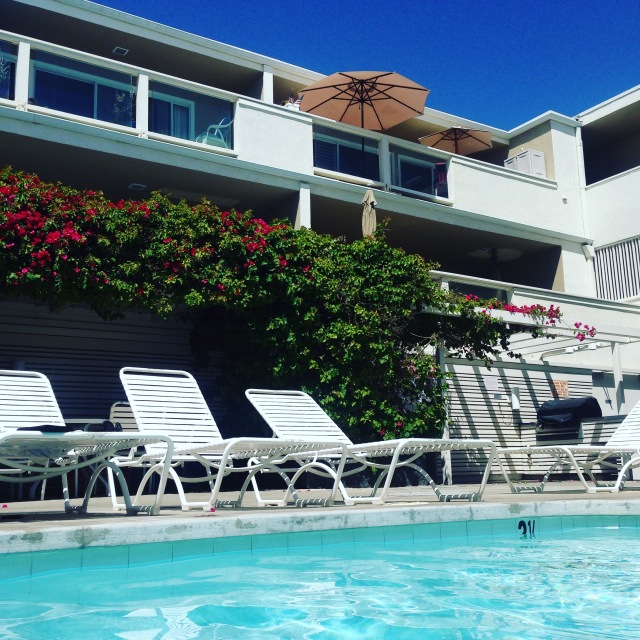 More pina coladas. I actually just listened to the lyrics of that song, funny how neither the man nor the woman are mad that their significant other wrote/responded to a personals ad in the paper! Awkward.

I went for a more low key glass this time

I made icy poles (popsicles?) with the pineapple coconut juice. No rum in these though, just strawberries. 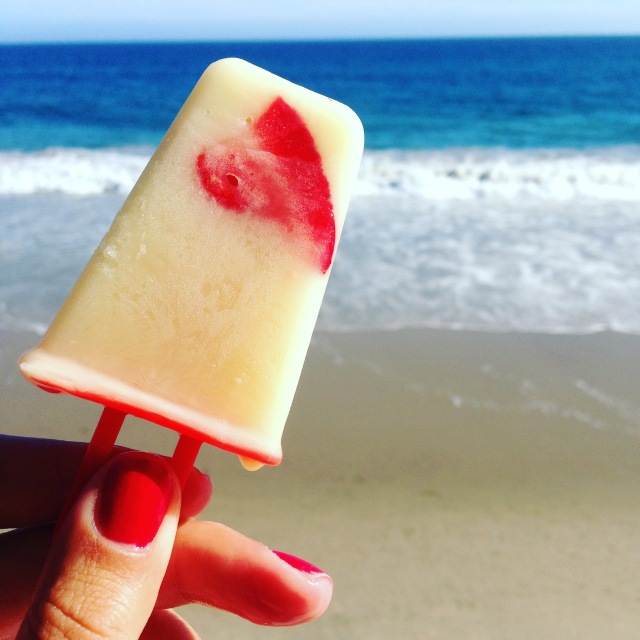 As a special treat I took Andrew and his crustacean allergy out for dinner at Neptune’s Net.

I had fried shrimp and calamari because I waited in a really long line before discovering the steamed crab and lobster counter was on the other side of the restaurant. Ughhh. It was pretty good. Andrew had a chicken burger.

We then took in a very superior sunset across the road at the beach. 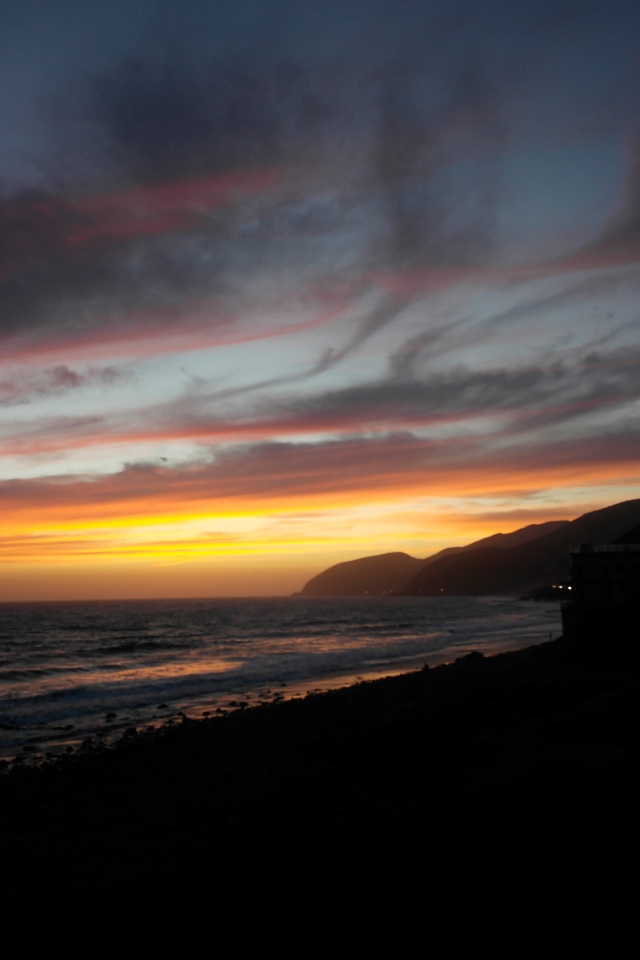 The next day was slightly overcast, which made leaving easier. Love when that happens! What a dreamy couple of days. Thanks again to Andrew’s uncle and aunt for letting us borrow their little slice of paradise for the weekend!