Well, it seems I’ve fallen a tad behind with blogging. A combination of many nights camping and weak wifi connections and not lack of enthusiasm, I assure you.

We got to Seattle on a Friday afternoon and that evening, having been convinced that seeing local live music was a must, we went with a few of our hostel mates to a bar in Fremont called Nectar. It was really fun, the band was interesting and we had a few drinks before walking home at a reasonable hour. I had exactly four drinks (all the same thing) and the next day I was very sick. Now, I have previously been guilty of swearing I didn’t drink that much and insisting that a hangover was unjustified, but in this case it really was!

Anyway, I’ll spare you the rest of the details but the way I was feeling sort of explains the lack of photos in this post. I hardly took any because I was feeling so average. We spent Saturday walking around the city seeing the major sights of Seattle.

First stop was Pike’s Market. It was really cool, especially considering it was unfathomably hot, packed with tourists and I was feeling under the weather. 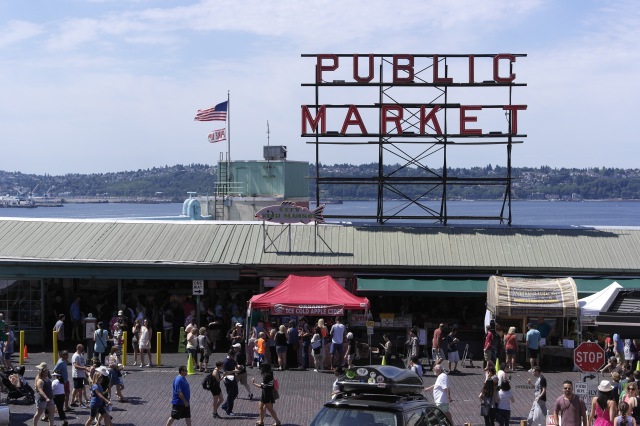 Pike’s is mostly a food market and is famous for its seafood stalls where the men pack the fish and then throw them across the counter to be weighed.

Again, a fish market and a hangover; not a match made in heaven. 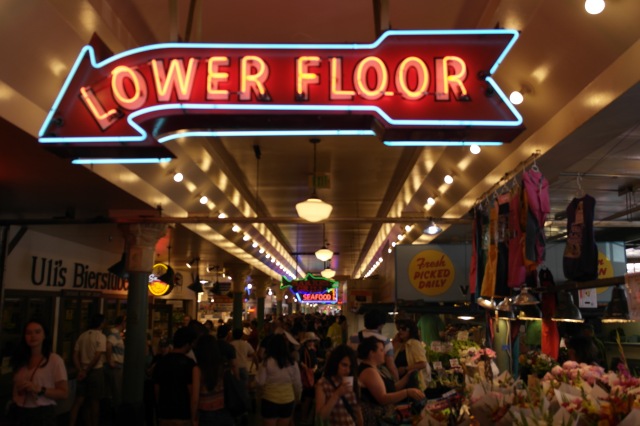 Across from Pike’s was the original Starbucks and a ginormous line out the front. I didn’t take a photo.

Next stop, the Space Needle:

After taking that photo we headed to REI (Recreation Equipment Inc) so I could swap over some hiking pants. Americans are obsessed with REI and we unknowingly went to the national HQ, the Mecca. It was huge, a few stories high and had a restaurant, a rock climbing wall and a mountain bike testing range.

After that we headed back to our neighbourhood, Fremont.

Fremont is kind of an artsy, fun, quirky district with lots of bars and restaurants.

We headed to nearby Green Lake to cool off, having walked about 18km that day.

It wasn’t green. But it was nice. I ate a peach and struggled to get into Kerouac’s On The Road. 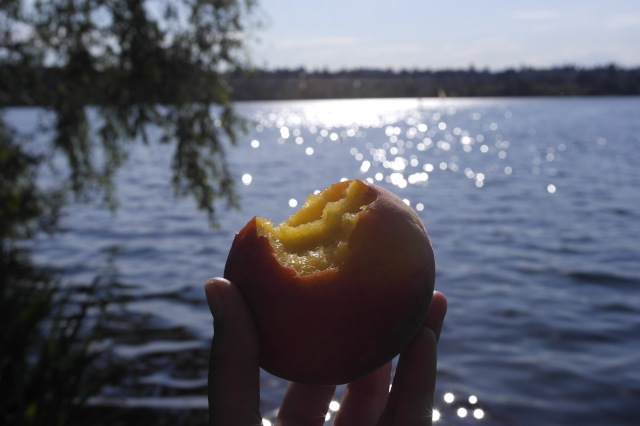 Under the George Washington Memorial Bridge in Fremont is a giant troll: 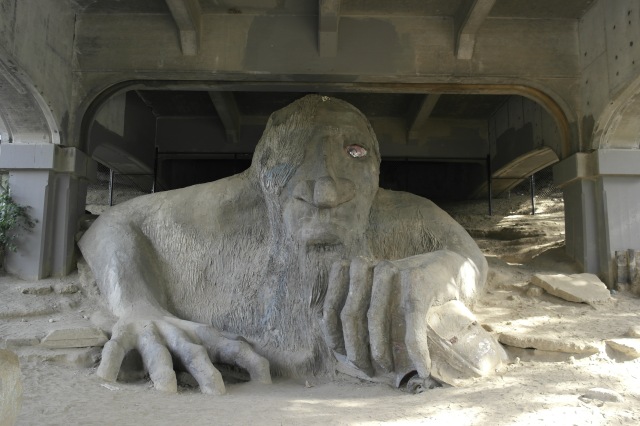 The troll was the winner of an art competition back in 1990. Here’s a photo of us with the troll to prove we actually went to Seattle:

Gotta love a self timer

The next day Andrew’s aunt and a friend of hers joined us for breakfast in Capitol Hill. We went to the Deluxe Bar & Grill. Andrew ordered the waffles and fried chicken, but they were out of waffle batter. So he settled for pancakes instead:

I had brioche french toast stuffed with cream cheese with blueberry compote: 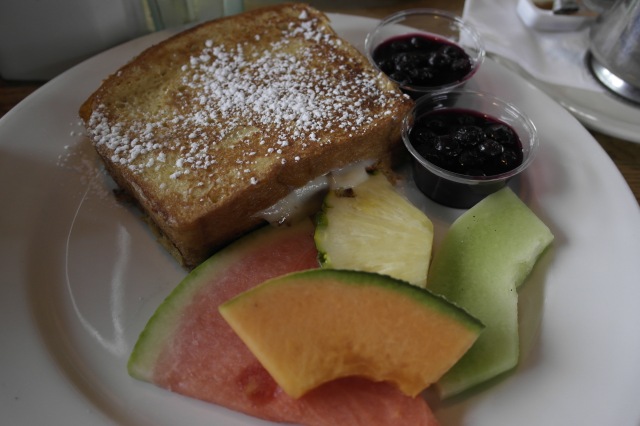 Also, it was Pride Day:

Capitol Hill was a leafy suburb with exquisite houses. 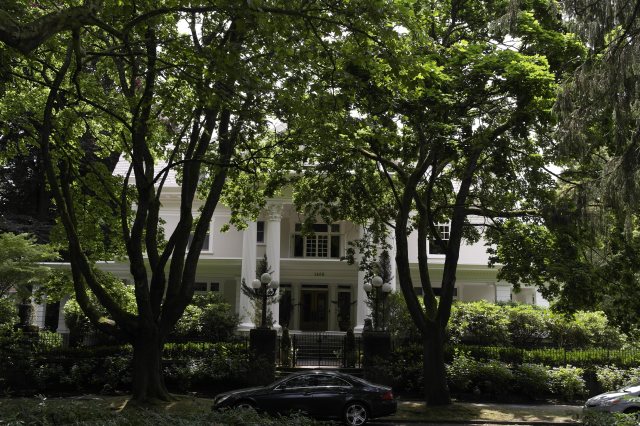 We took a stroll around Volunteer Park and went up the water tower to check out the views.

Then we got into our car, Goldie, and waved goodbye to the west coast of America as we drove towards Vancouver.