After we left Lake Tahoe we drove to a campground on the Sacramento River at a place called Colusa. Along the way we stopped at Folsom, to check out the prison synonymous with Johnny Cash. He performed two concerts there in 1968 which resulted in the album At Folsom Prison. I recreated his pose at the front gate: 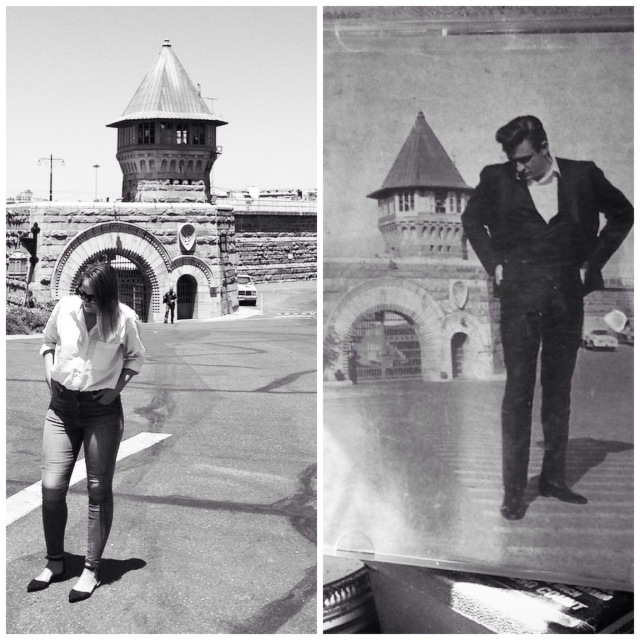 They let him get closer.

When we got out of the car at Folsom the first thing that struck us was the heat. Having been mostly cold up until that point, 39 degrees C hit us in the face with the force of a thousand suns. We looked through the prison’s tiny museum, marvelling at the contraband prisoners managed to sneak inside in a myriad of… interesting ways.

Colusa was one of those unexpected gems. The campground was delightfully green and clean and practically deserted. The nearby Sacramento River looked just like a scene from a summer camp movie and we jumped in to cool off. 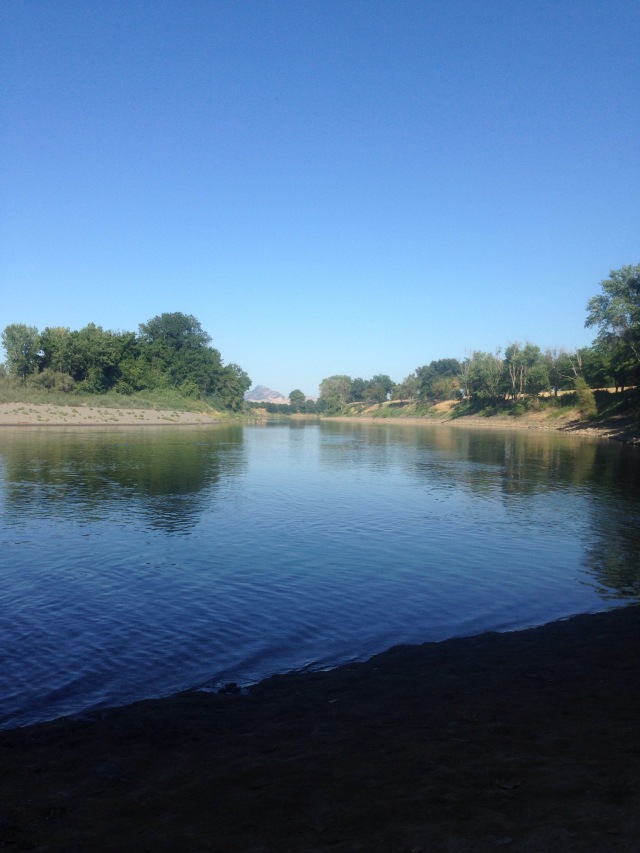 Momentarily refreshed, we went back to camp and drank gin and tonics and munched on chips and salsa. It was all delightfully simple and relaxing. 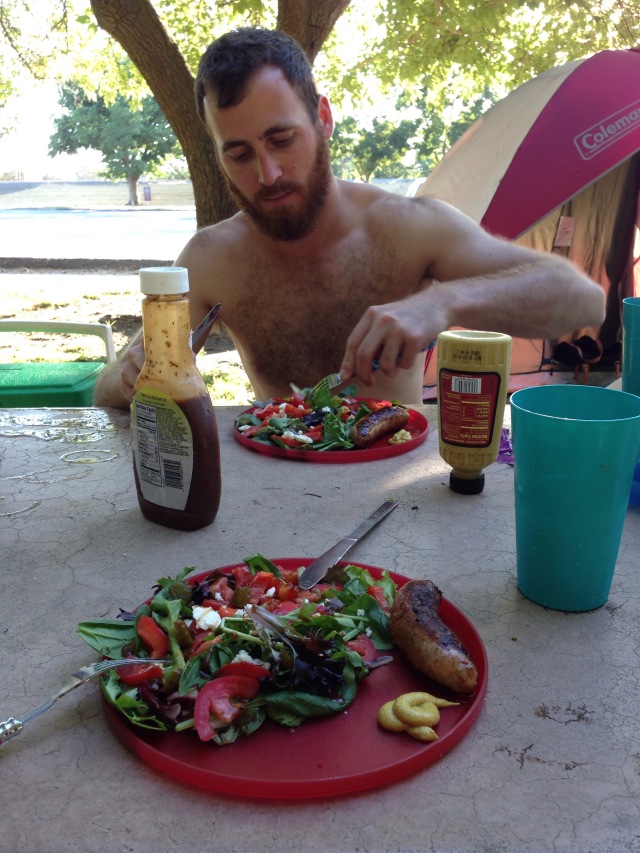 It was stinking hot overnight and sleeping was tough, but hey, it wasn’t like we had work the next morning!

Then next day we drove to Lake Shasta, where we were supposed to stay for two nights. But the lake was seriously low due to the drought and the area was deserted, a few ambitious boaters were in the water, but mostly it was just creepily deserted campgrounds and motels dotted around empty roads.

So we made an executive decision to leave California two days early and head into Oregon. 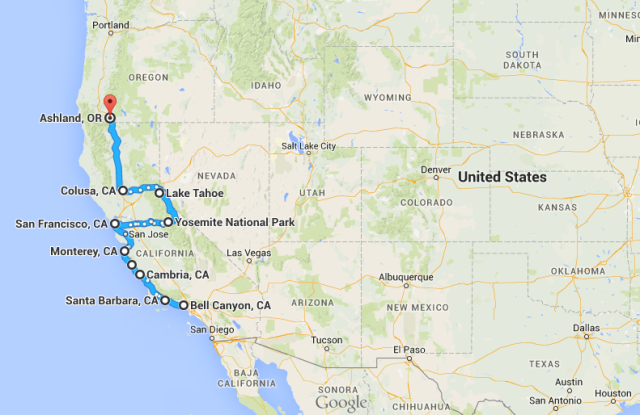 The campground was just outside Ashland, known for it’s practically year-long Shakespeare Festival. Ashland felt like a town from a movie, or from a show like Gilmore Girls or Hart of Dixie. Adorably quaint, clean, full of flowers and trees and ice cream shops. 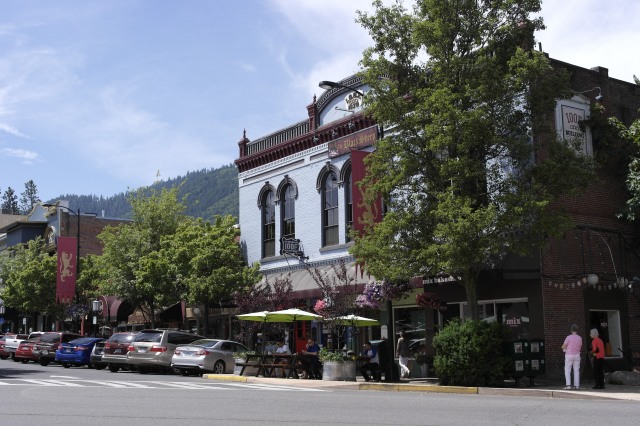 I love Shakespeare, I’ve seen The Merry Wives of Windsor in Stratford upon Avon (Shakespeare’s hometown in England) and As You Like It at the Old Vic in London. I would have loved to have seen a show in Ashland, but having not booked ahead there were only expensive tickets left. Something our budget doesn’t really allow.

So we explored the town. Have you seen a more adorable looking police station?!

And we look a long walk through Lithia Park.

The next day we did some errands in nearby Medford and then relaxed on the shores of Emigrant Lake. 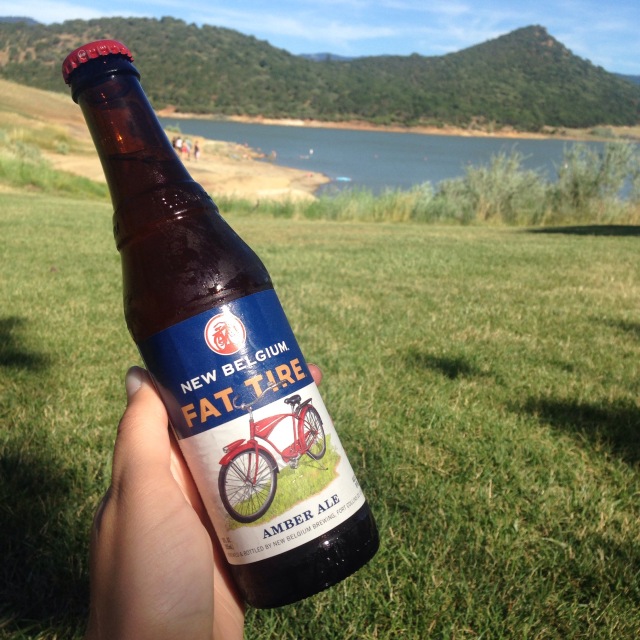 Or change in schedule allowed for a night at Crater Lake, which we otherwise wouldn’t have done. This is kind of crazy because I think Crater Lake turned out to be the highlight of our trip so far, more soon!

This entry was posted in Travel and tagged America, California, Oregon, Road Trip. Bookmark the permalink.