Travel Tuesday: 3 things you must do in Dubrovnik 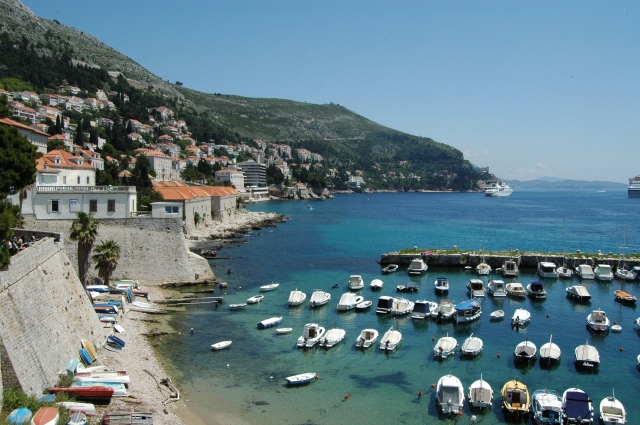 I used to do a thing called ‘Travel Tuesday’ where I would blog about somewhere awesome I had been or would like to go. I used to do it on a Tuesday, surprisingly. Anyway, somehow they died off but I’m going to revive them. Mostly because I am so gosh darn itching to travel right now that I’m surprised I don’t have an actual rash. Gross.

So for this edition of Travel Tuesday I’m casting back to May 2012 when I was in Croatia, to share 3 things you must do in Dubrovnik.

There’s a pretty good reason every Dubrovnik travel book lists walking City Walls as the first thing to do. The view over the terracotta roofs is outstanding.

Also, it is much more quiet up on the walls compared to the claustrophobic streets below. I think it’s because Dubrovnik is a cruise ship destination and there isn’t really enough time for people coming off the ship to wander the city walls before getting herded back on board. Or because Dubrovnik is a retiree destination and some of the steps on the City Walls are rather steep… Who knows.

Walking the City Walls also enables you to have a delightful snoop in people’s backyards. 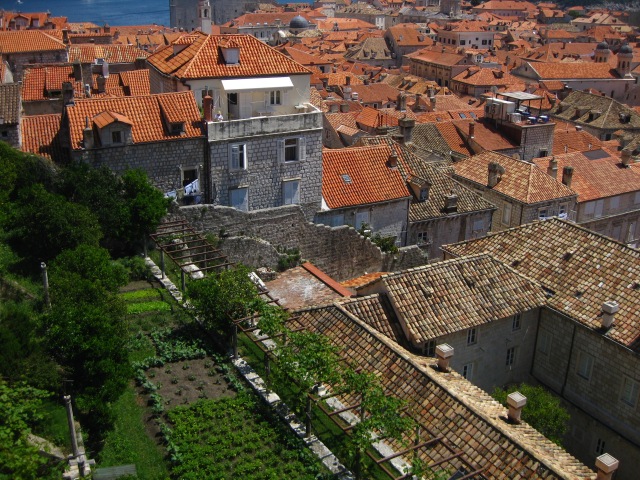 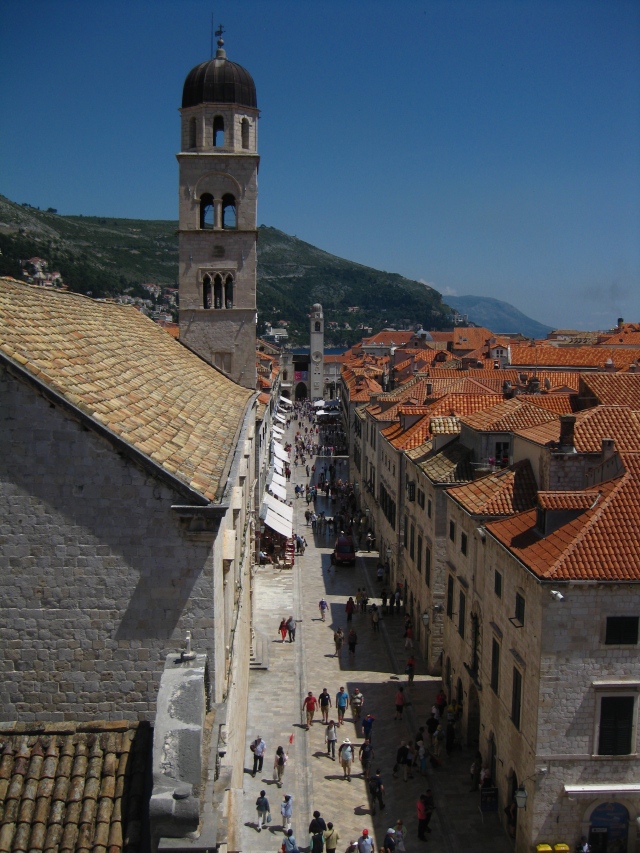 Have a drink at Cafe Buza

It’s set into the cliffs on the south side of the Old Town.

Lokrum Island in the background.

From memory, the beers were kind of expensive and the wait staff kind of surly, but you’re only there for one thing… 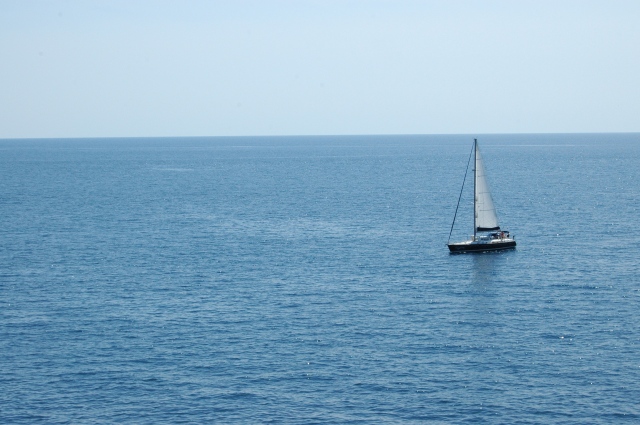 Eat a lot of gelato

And not just because it’s delicious, eat it because Croatian food is not. Most of what I ate in Split and Dubrovnik was average Italian food. Pretty sure the only Croatian food I found was Cevapcici (kind of like a small sausage made from mince meat) that was really dry and came with fries. Don’t get me started on the wine. I usually can’t tell the difference between an $8 bottle and an $80 bottle, but I know what vinegar tastes like.

Anyway, thanks to the Italian influence, there is gelato everywhere. 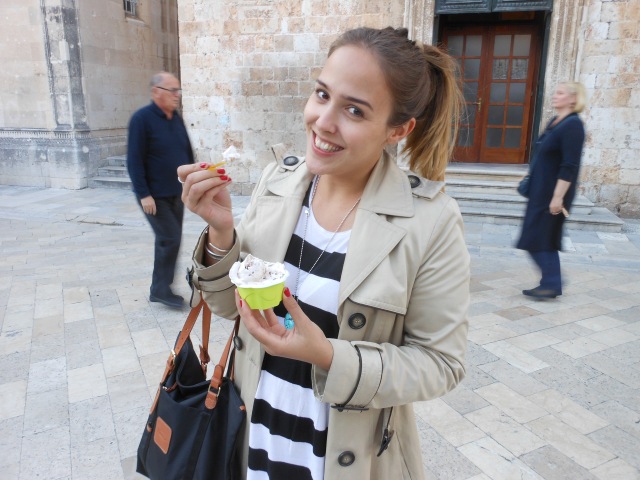 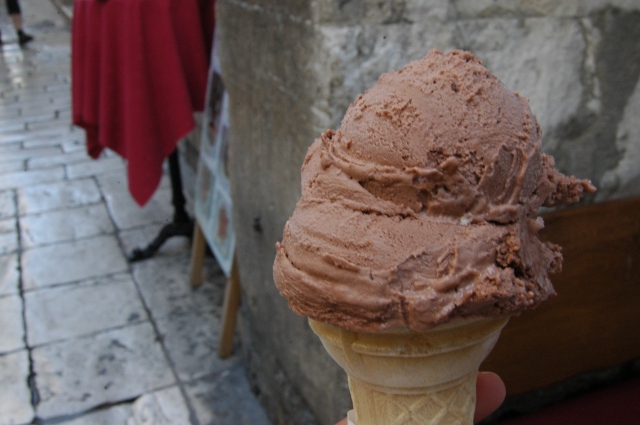 Have you been to Dubrovnik? Where do you dream of travelling to next?

This entry was posted in Travel and tagged Croatia, Dubrovnik, Travel, Travel Tuesday. Bookmark the permalink.

7 Responses to Travel Tuesday: 3 things you must do in Dubrovnik