Spring has sprung here in Kal! Today was a whopping 31 degrees. I took the above photo of pear blossom in Lauren and Dave’s front yard recently. I didn’t even know pear blossom was a thing. I was there to feed the hounds while they were in Melbourne gorging on the various delights available in the world’s most livable city. This is how I was greeted: 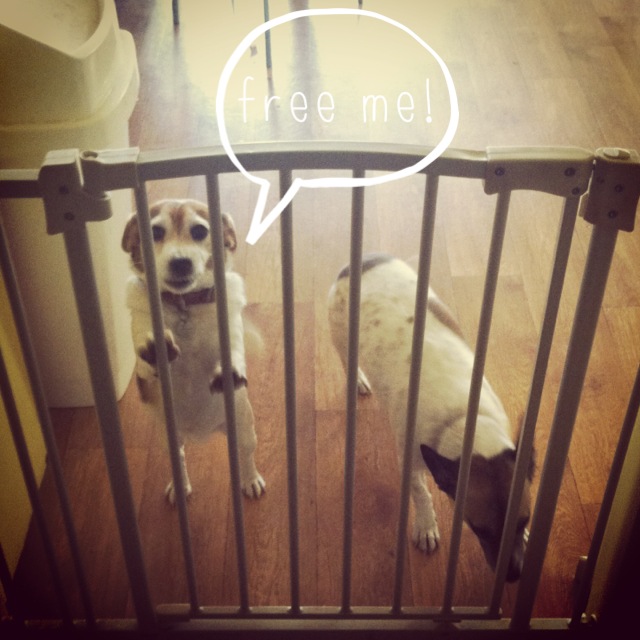 Haha I don’t think I’ve ever seen a toddler gate that wasn’t being used to keep a dog in or out of somewhere. Adorable.

As you can see I’ve been having some fun with the BeautifulMess app, attempting to improve my iPhone photos with pretty words and patterns. I bought it months ago and then never used it. Now I’m obsessed (and seriously late to the party, as usual). If you love DIY blogs and have never visited A Beautiful Mess head over there right now… Are you gone? Good.

Lauren and Dave kindly brought me back some macarons from Cafe Vue. This one was lavender: 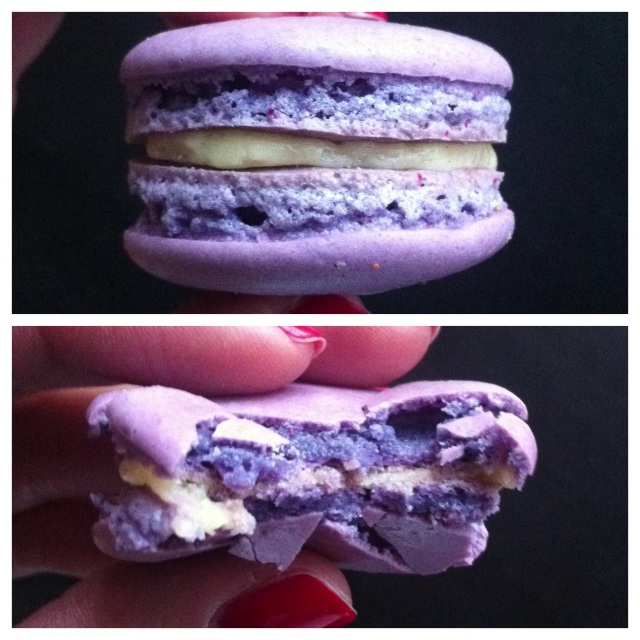 I love the crunch of a macaron.

In other exciting news, I was a little too ecstatic to see a photo of mine on this Buzzfeed list. I am in love with Buzzfeed. It provides me with many laughs and hosts many of my favourite GIFs of all time.

Last night I had a really weird dream in which I was drowning. In the ocean, I think it was at Middle Park in Melbourne (?!). I was fully clothed and wearing heels, which were useless when I tried to kick my legs and make it to the surface. Someone was standing close to me on the shore and I remember telling them when I managed to get out that I was certain I wasn’t going to make it!? Heavy. According to Google, dreaming about drowning means you are feeling overwhelmed by emotions. Ha! What a load of… tabbouleh (which incidentally, I ate for lunch today). I have always had amazingly vivid dreams and nightmares. Are you a dreamer?

18 sleeps until my holiday! Not that I’m counting down or anything…

This entry was posted in Misc and tagged Dogs, dreams, Macarons, Spring. Bookmark the permalink.